Through various initiatives and events, the Communication, Popular Culture and Film Student Society (CPCFSS) strives to connect undergraduate CPCF students of all years and majors to one another, Brock University and the Niagara community. We hope to provide opportunities for students to give back to the community as well as network with one another while gaining skills necessary for employment.

On the morning of Friday, February 26th, we’re kicking off the 2021 72-Hour Film Festival. Students may register in teams of up to four people, or work individually, to create and submit a short film by the morning of Monday, March 1st. This means you will have an entire weekend to write, shoot, edit and submit your film! Films should be around 2-8 minutes long, and will have to adhere to a specific theme revealed on that first morning.

We are asking that teams work remotely (unless part of the same household), meaning that you’ll have to get creative with shooting and editing! We understand that this year’s festival will look very different due to the virtual format, but we’ve adjusted our theme to accommodate that, and we are looking forward to just how creative teams can get!

For more information, or to register, e-mail lo17vs@brocku.ca. Please register before the morning of February 26th, when we reveal the theme & other requirements.

A virtual awards ceremony will be held the evening of March 2nd over Microsoft Teams so that the judges may award prizes. There will also be opportunities for the Brock community to be involved by viewing the films and voting for the Audience Choice favourite through our social media: @cpcfss on Instagram and Twitter, and ‘Brock University Communication, Pop Culture, and Film Student Society’ on Facebook.

We look forward to watching your films!

The CPCFSS proudly hosts annual events including the End of Semester party, the 24 Hour Film Festival, a Grad Speaker Series as well as various socials, fundraisers and workshops. Each of the events are academic, social and/or volunteer-based.

Academic
The goal of CPCFSS’s academically-oriented events is to provide Communication, Popular Culture and Film students with skills crucial to professional development and future employment.

Get to know the Leadership and Support teams of CPCFSS 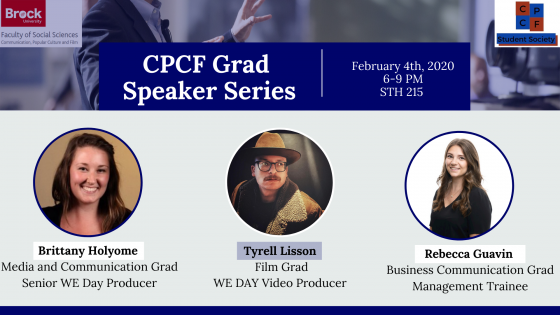 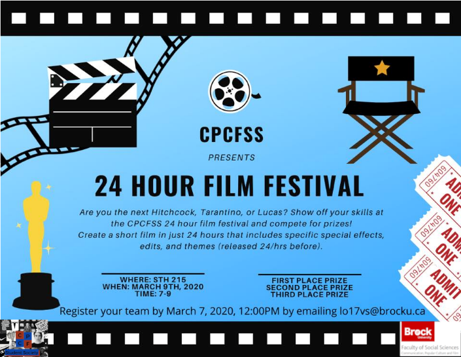 Interested in taking part in this year’s 24-hour Film Festival?

On Wednesday, January 23 from 2:00 p.m. to 3:00 p.m. in Classroom B (ST 230), join CPCF students and A-Z Learning Services as they review how to document sources and format papers using APA style (American Psychological Association). 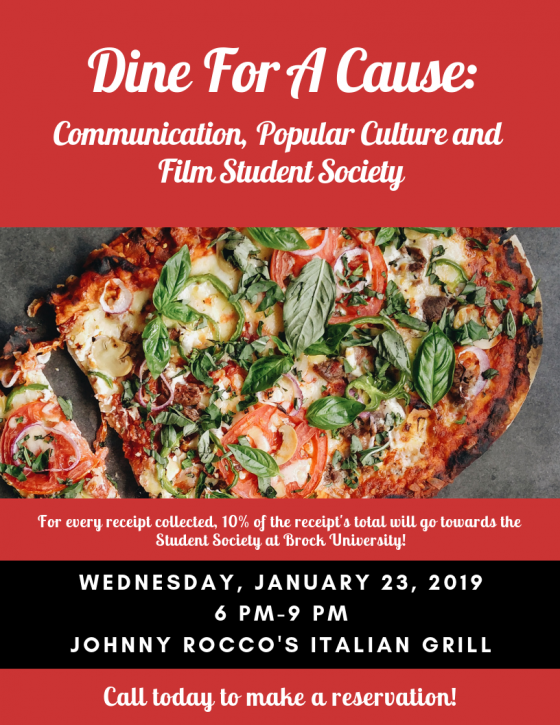 The 24-Hour Film Festival is Back!

GOAL
Create a short film (2-10 minutes) around this year’s theme. The theme will be released on Thursday, March 21 at 8:00 a.m. on all social media platforms in relation to the Film Festival. For the most up-to-date information, visit the Communication, Popular Culture and Film Student Society Facebook page

Contestants will have 24 hours to write, direct, film and render their film.

REGISTRATION & SUBMISSION
One student from each group is expected to register themselves and group members by emailing CPCFSS member, Niti at no15fz@brocku.ca. Please include first and last names of all participants within the group.

Registration deadline for the festival is Wednesday, March 20 at 11:55 p.m. Registration and submission is free.

The final submission date is Friday, March 22 at 8:00 a.m. You will be required to upload your video onto YouTube and email the URL link to no15fz@brocku.ca by the deadline.

Students who do not submit a short film are encouraged to attend the screening and enjoy their peers’ hard work.

Attendance is free, however, there will be food for sale at the event including pizza, pop, and candy.

Taylor Zajdlik won first place at the 24-Hour Film Festival back in 2014. The theme for the video was a yellow sock and the famous quote “What goes up, must come down.” View the video here

The Runner-Up Prize was given to Rewind, directed by Matthew Scott & Zach Chabot

And the Jury Prize (top honours) was awarded to You Good?, directed by Aidan Boyle & Dylan Quaint 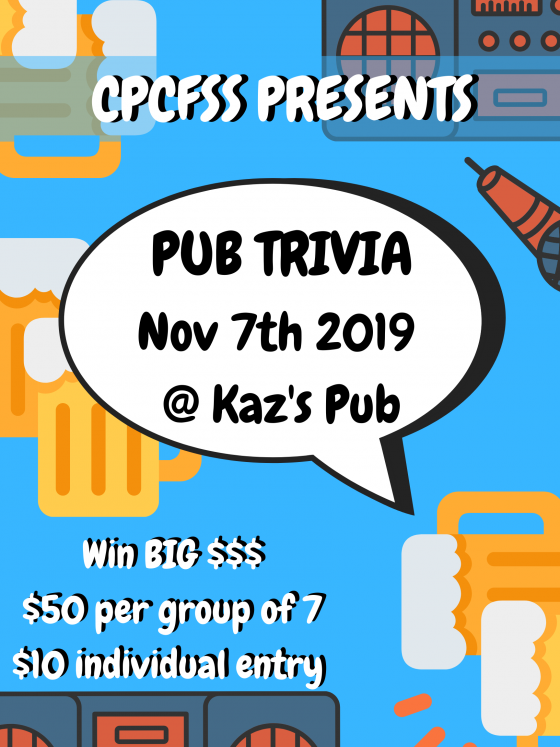 CPCFSS is back with PUB TRIVIA!

Gather up your best trivia junkies and get into groups of 7! CPCFSS is once again hosting their monthly pub trivia night.

Come to Kaz’s Pub downtown after Thursday’s BUFS filming and experience a trivia competition like no other.

Think you’re smarter than your profs, TAs and peers?

Put it to the test for a chance to win BIG $$$ and prizes! Meet and mingle with your intellectual peers off campus in a chill, relaxing pub setting. Get to know your profs on a first name basis and let your trivia knowledge shine… we know who they’ll call on next time they ask about popular culture in class!

All are welcome so invite your roomie, that guy from seminar who knows EVERYTHING, even your mom. Wait… maybe not your mom!

Experience $5 Marxist drinks or get a $6 McLuhan special! 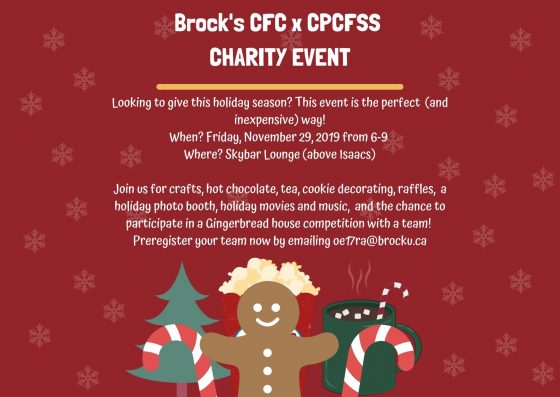 Crafting for a Cure is “a registered not for profit charity that looks to ensure all children are having a positive experience whenever a hospital visit is necessary.”
Learn more here 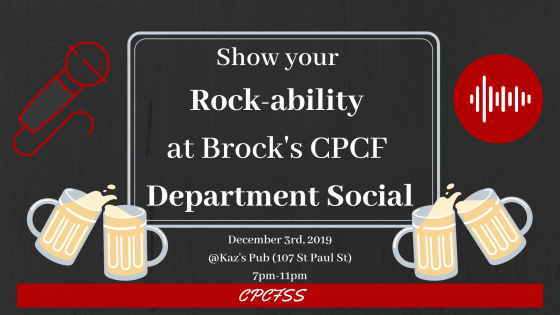 YOU ALL DESERVE IT!

CPCFSS is a faculty approved, independently funded volunteer organization made up of students enrolled in CPCF programs. We work alongside the Department of Communication, Popular Culture and Film’s advising team to recruit volunteers and advertise our events.

Additionally, CPCFSS actively seeks out sponsorship and event partnerships within the community.

We welcome anyone interested to contact our VPs of External Affairs, Lucas Hansen and Niti Oza at cpcfss@gmail.com.