Brock University Communication, Popular Culture and Film News and events Looking for a Winter Term course? Check these 2 out!
Share

Looking for a Winter Term course? Check these 2 out!

With so many courses to choose from, you may have missed these FILM course options: 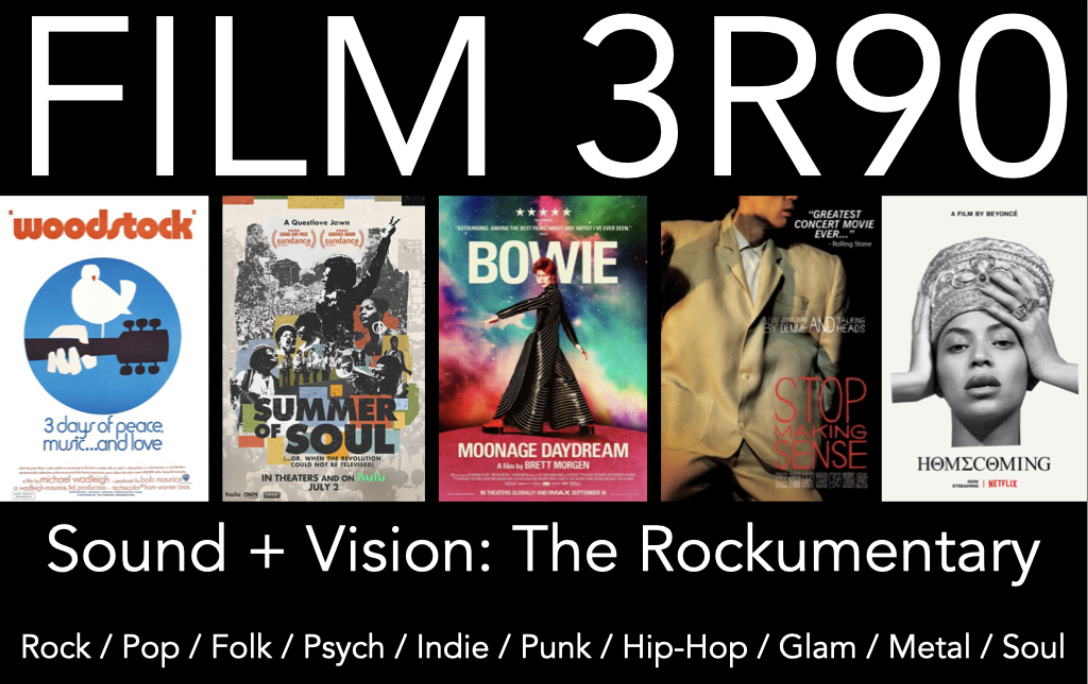 FILM 3R90: Sound & Vision: the Rockumentary
This course focuses on a single genre that has been a mainstay of documentary filmmaking for nearly 60 years now: the “Rockumentary.” The genre’s nickname is in many ways a misnomer, one based on the fact that “rock” rhymes better with “doc,” than, say, jazz, folk, or soul, or any one of a number of other musical genres that have been the subject of the popular music documentary since its inception around 1960.

In this course, we’ll be studying films that concern themselves with a wide variety of musical genres, from jazz, to folk, to soul, to rock, to punk, post-punk, heavy metal, hip-hop, R & B, and beyond. And the rockumentary has not only addressed and represented a great variety of musical styles and cultures — at its best, it has also been a highly creative and dynamic documentary genre, one that has frequently been on the cutting edge of documentary representation. It’s also been ambitious, tackling all kinds of timely issues: counterculture, sexuality, race, gender, the generation gap, subculture, moral panics, drugs, class warfare, taste, digital culture, etc. This course has it all.

This may very well be the course for you!

Offered: January 09, 2023 to April 7, 2023
Format: Lectures, seminar, screening, 5 hours per week
Prerequisites: Prerequisite(s): FILM 1F94 and one of FILM 2P20, 2P54, PCUL 2P70
Crosslisting: also offered as COMM 3R90 and PCUL 3R90
Notes: this course may be offered in multiple modes of delivery. The method of delivery will be listed on the academic timetable, in the applicable term.

FILM 4P28: Special Topics in Video Production
Theory, practice and technique of filmmaking, focusing on idea development, creative process and methods of production.
January 09, 2023 to April 7, 2023
Format: Workshop, seminar, 3 hours per week; additional production time as required.
Restrictions: permission of the Department.
Prerequisites: Prerequisite(s): three FILM credits.
Crosslisting: also offered as COMM 4P28
Notes: Consult the Department regarding permission to register. Enrolment limited to 15 students. Material fee required. This course may be offered in multiple modes of delivery. The method of delivery will be listed on the academic timetable, in the applicable term.