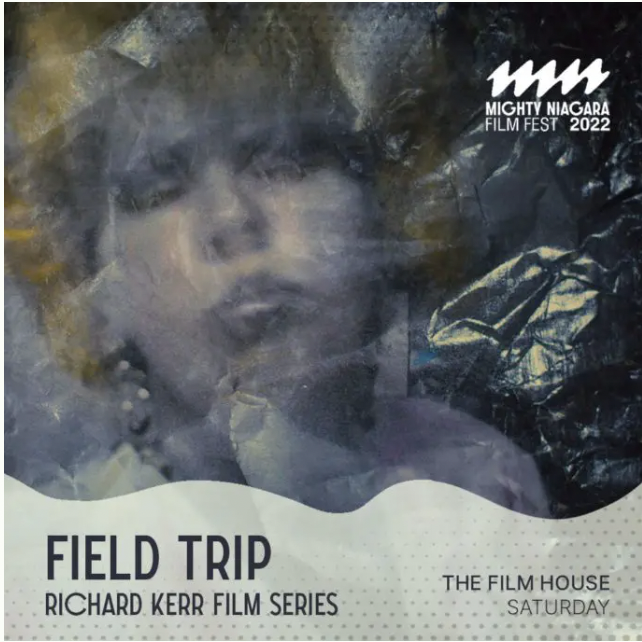 The 2022 edition of the Mighty Niagara Film Festival (MNFF) is upon us, and this year one of the featured artists and honoured guests will be St. Catharines’ own Richard Kerr, a filmmaker and installation artist who first studied filmmaking at Sheridan College in the 1970s, and whose filmography dates back to 1976.

Kerr began as a documentary filmmaker working in the observational style, but over time his work became more narrative-based, and eventually highly experimental – quite literally so: many of Kerr’s projects involve experiments with the materiality of film’s technologies.

Kerr’s The Demi-Monde is a media installation that will screen nightly during the duration of the MNFF, August 24-27, beginning at sunset at the old Towne Cinema in downtown St. Catharines (280 St. Paul Street).

This will be followed by two screenings of Kerr’s work – one focusing on early works like Canal (1981) – which deals with Kerr’s memories of his childhood along the Welland Canal – and one focusing on Kerr’s most recent film, Field Trip (2022).

Part One of this retrospective will take place Friday the 26th of August at the RiverBrink Art Museum (116 Queenston St, Queenston, ON L0S 1L0), beginning at 7:00 pm.

Part Two of this retrospective will take place Saturday the 27th of August at the Film House (250 St Paul St, St. Catharines, ON L2R 3M2) at 4:00 pm, with a Q & A hosted by Anthony Kinik, Associate Professor, Film Studies to follow at Mahtay Café, across the street, immediately following the screening.