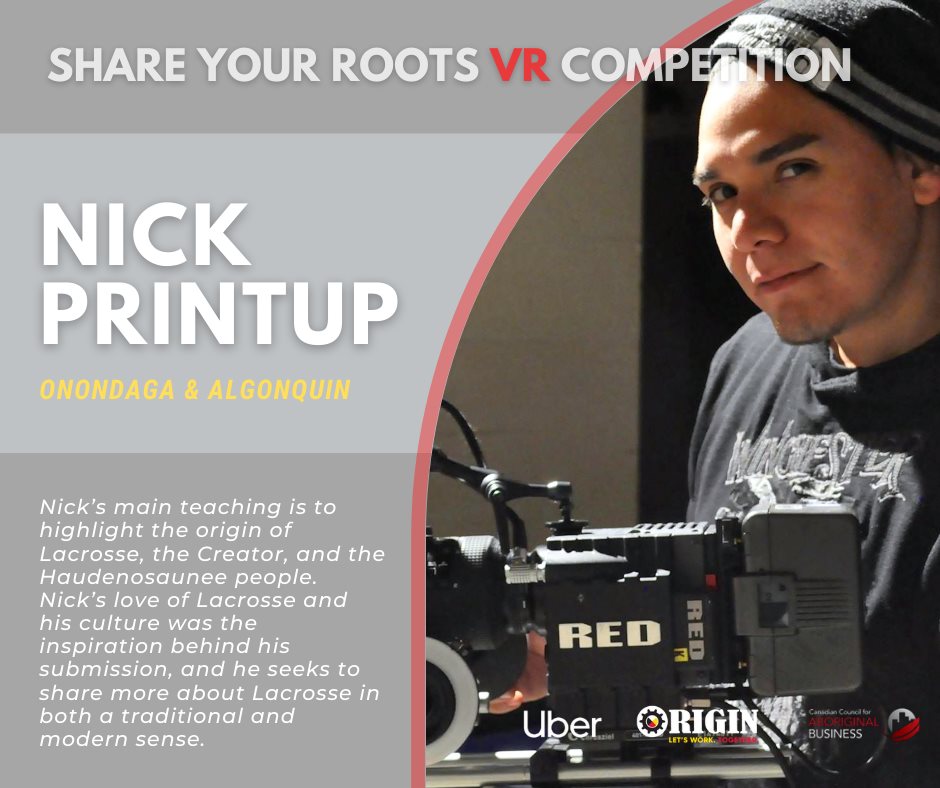 The Department of Communication, Popular Culture and Film congratulates Nick Printup, one of four winners of the National Share Your Roots Virtual Reality Competition hosted by Uber, the Canadian Council for Aboriginal Business and ORIGIN.

Printup, a Media and Communication Studies graduate, pitched an idea for a virtual reality video to create a cultural learning experience about the origin of Lacrosse. He was selected as a semi-finalist (1 of 15 from across Canada) at which point the competition called for people to vote for the semi-finalists online to aid the judges in making their decisions.

Having been selected as one of four recipients, he will be awarded a video production of I approximately $35,000 to turn his idea into a (virtual) reality. Printup hopes to begin filming by the end of the summer within the Niagara Region.