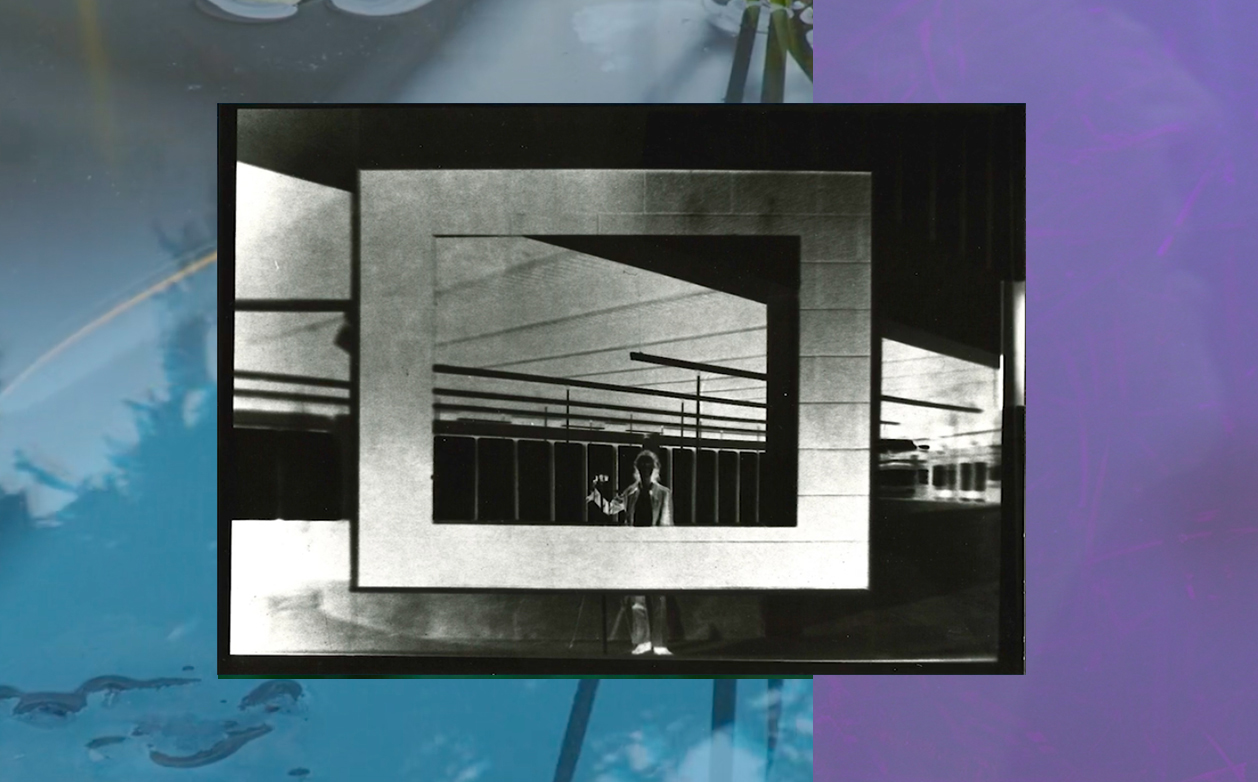 A still image from the new documentary short Timed Images premiering Friday, Aug. 20 at the Mighty Niagara Film Fest. The film was produced and researched by Lesley Bell with video work and direction by Tracy Van Oosten.

The legacy and impact of artwork created for Brock University in 1972 by internationally regarded Canadian artist Michael Snow has been captured on film and is being premiered Friday, Aug. 20 at a local film festival.

Part of the Mighty Niagara Film Fest presented by Niagara Artists Centre (NAC), Timed Images is a new documentary that intimately explores two works of public art created by Snow when he was engaged by Brock University and architect Raymond Moriyama during the construction of Brock’s Mackenzie Chown Complex in 1972. Snow holds an honorary Doctor of Laws degree from Brock University received in 1974.

The short documentary is produced and researched by Lesley Bell, artist and retired support staff for the Department of Visual Arts (VISA) at Brock’s Marilyn I. Walker School of Fine and Performing Arts (MIWSFPA), and directed by Brock graduate Tracy Van Oosten (BA ’10), artist, filmmaker and current VISA Instructor at the MIWSFPA.

Bell, who managed Brock’s Fine Art Collection for 18 years, was drawn to Snow’s work and wanted to uncover the story behind his pieces and appreciate how they found their home in St. Catharines.

Bell and Van Oosten, a filmmaker and artist who works with text, video and installations and explores moving images within immersive contexts, collaborated to create an artistic documentary that retraces Snow’s innovative art that delighted the University population in 1972.

“In order to tell the story about these two artworks by Snow, I envisioned a video document. I had no understanding of the process,” Bell said. “With patience and skill, Tracy Van Oosten crafted the information that I found into an intelligent and visually stimulating artistic video work. This has been a satisfying collaboration.”

Timed Images screens Friday, Aug. 20 at the RiverBrink Art Museum in Queenston, Niagara-on-the-Lake. Doors open at 8 p.m., with the screening scheduled to start at sunset. The documentary is part of an art-inspired program at NAC’s film fest called ‘An Ode to Escarpment School Films.

This project is supported by David Vivian, the Director of the Centre for Studies in Arts and Culture, and Dean Carol Merriam of the Faculty of Humanities, through the Dean’s Discretionary Fund (2020). An installation for the public to view Timed Images at the MIWSFPA and online is currently in development.