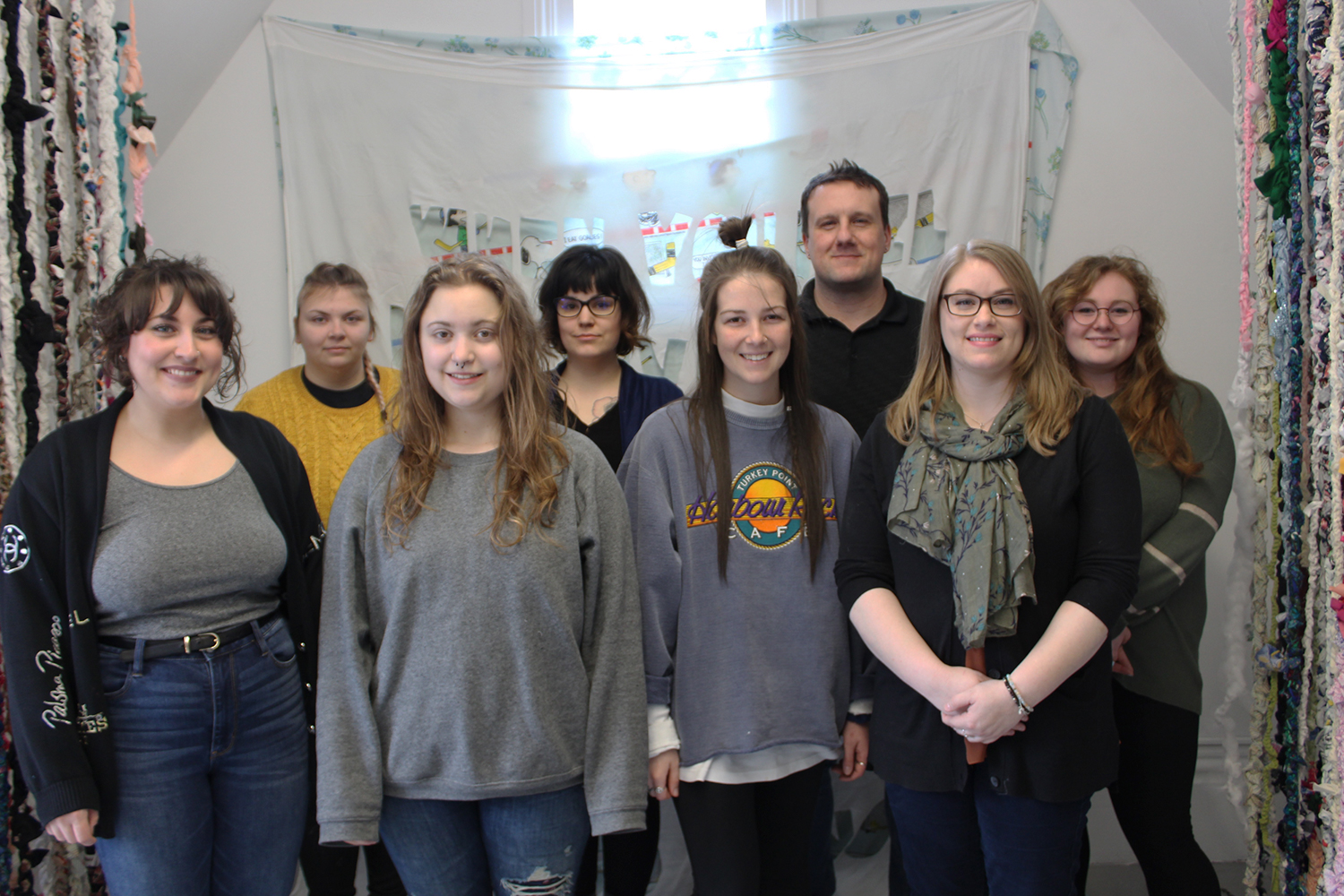 On Feb. 7, Brock Visual Arts students in the VISA 4F06 Honours course were visited by Brock alumna Natalie Hunter (BA ’11) to discuss their upcoming exhibitions that begin in March. Hunter and the students discussed the pieces they are working on and how to move forward in order to create a cohesive exhibition. During each student’s session, they received a small piece of translucent film that Hunter used in her exhibition, Staring into the Sun, which is currently on view at Rodman Hall Art Centre.

During her time at Brock, Hunter was part of the VISA 4F06 Honours course, where students work all year to put together an exhibition in Rodman Hall. Staring into the Sun features photo-based sculptures and installations that explore the relationship between memory and physical space. The exhibition runs until April 28.

At the Bottom of Everything, the first of two Visual Arts Honours exhibitions, runs from March 23 to April 7, with the opening reception on Friday, March 22 at 7 p.m. at Rodman Hall.

The second exhibition runs from April 13 to 28, with the opening reception on Friday, April 12 at 7 p.m. at Rodman Hall. More details to come.