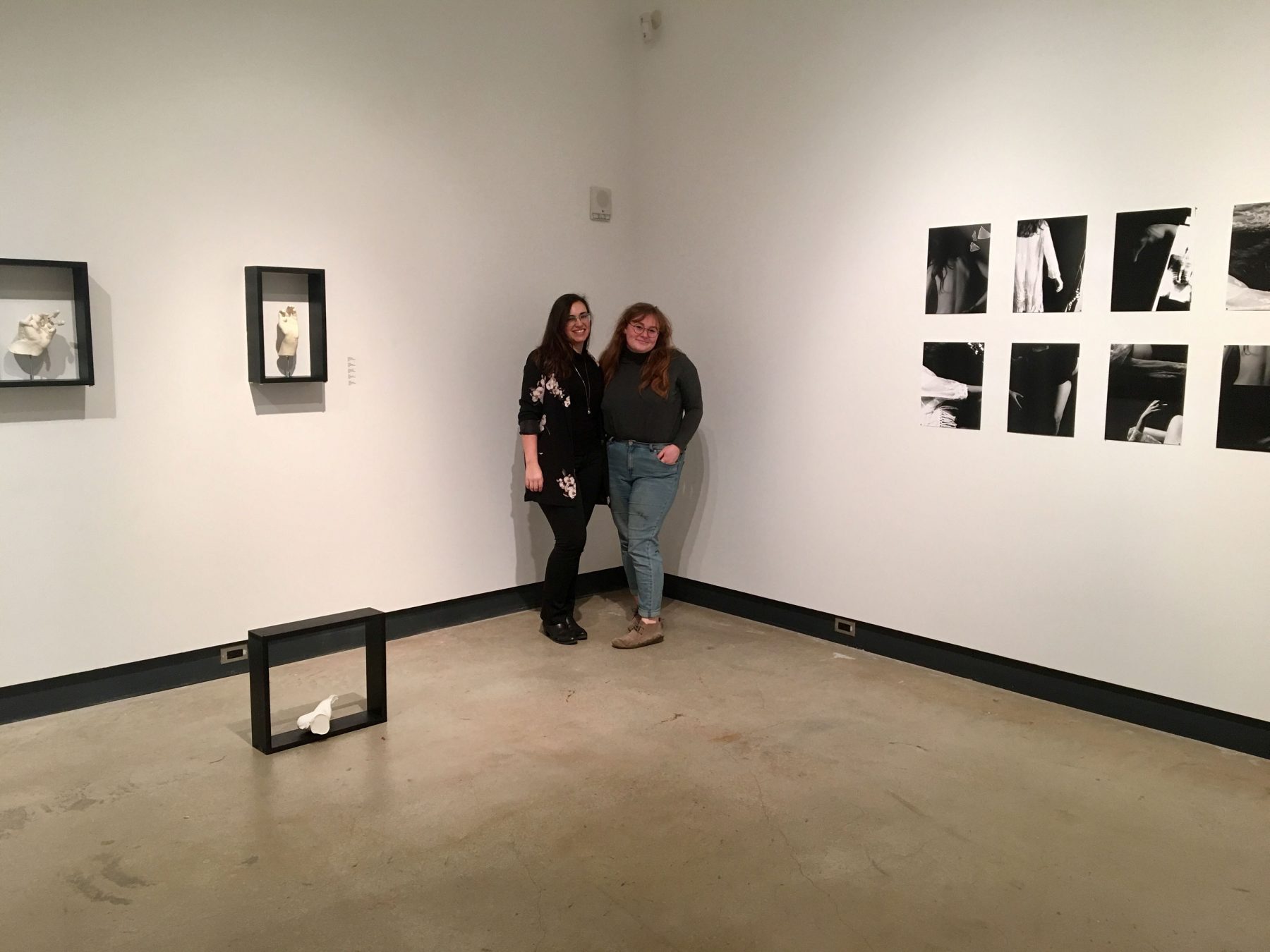 The opening reception of “Silent Areas: The Spaces in Between,” Cat Stambolic and Sarah Martin, takes place Thursday, March 8 at the Marilyn I. Walker School of Fine and Performing Arts.

The exhibition, which initially opened Feb. 15 and runs until Saturday, March 24, explores the disconnect between mind and body, deemed ‘silent areas.’

Exploring the theme separately through their previous work, the pair came together to create the exhibit, which investigates “connections between mind and body; specifically, what happens if and when that connection is interrupted,” explained Stambolic.

Both women are strong advocates of mental health.

“Our work hangs in conversation with each other’s,” Stambolic said, and is “truly representative of the open dialogue we need to create regarding mental illness.”

Her work featured in the show is directly related to her own sensory experiences, which resulted in feeling a disconnect from her physical body.

“The process of making these pieces was a way to resolve these sensations and emotions, re-envisioning them as tangible sculptures,” she said.

Martin uses her photographs to create visual representation of “restlessness and unconsciousness, how feelings of anxiety can create out-of-body experiences and feelings of existentialism.”

Her work in this exhibit depicts women exclusively in order to “refocus the narrative of women creating work featuring women, instead of from a male perspective,” she said. “Using the female figure in a powerful way reclaims ownership of the female body and creates a new narrative of empowerment and self-reflection.”

Both artists will be at the exhibition’s reception to discuss their work on Thursday, March 8 from 5 to 8 p.m.

Also that evening, from 6 to 8 p.m., is the opening reception of “Expressions of Today/Expressions d’aujourd’hui” at the Niagara Arts Centre, 354 St. Paul St.

“Expressions of Today/Expressions d’aujourd’hui” will be on display at the NAC until Friday, March 16.

For information on upcoming events, visit the MIWSFPA website.