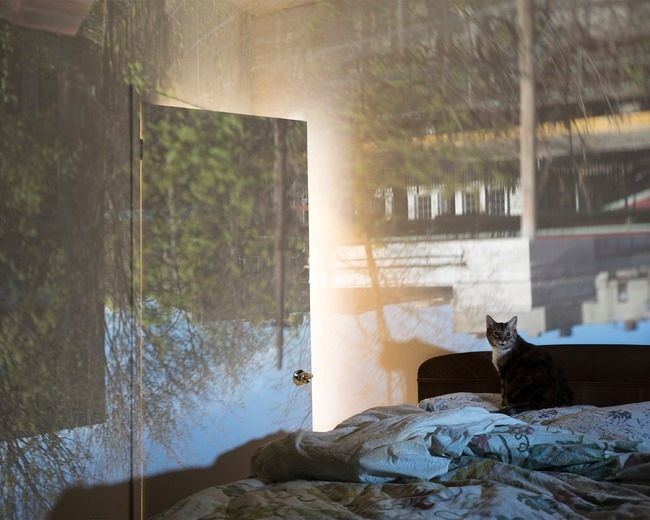 In Light and Darkness will spotlight the results of a ‘camera obscura’ collaboration on the grounds of the Marilyn I. Walker School of Fine and Performing Arts in downtown St. Catharines.

Prior to an opening reception Nov. 24, Sales will host an artist’s talk at 6 p.m. in the school’s Foundation Studio (MW 151).

“(Liz) has a knowledge base that’s quite extensive,” says Department of Visual Arts assistant professor Amy Friend. “And she’s quite adventurous. She doesn’t have a traditional set of what is expected, and I thought that would be really useful for the students.”

Sales currently teaches at the International Center of Photography. Her work focuses on the relationship between perception and technology, and is seen in several photo-based magazines.

Friend was already familiar with Sales’ work when the photographer contacted her two years ago for a magazine interview. She knew her unpredictable style and methods were ideal for Brock’s visual arts students.

“She’s definitely an experimenter, which was really important to bringing her to work with the students. She has a background in motion picture cameras, and also builds her own cameras by hand to shoot her photographs.”

In addition to student work, the show will feature selections from Sales’ camera obscura series The Weather Inside.

Camera obscura is the optical result of an image projected through a small hole, seen as reversed and inverted.

Friend says the students built a ten-by-ten foot tent with blackout material as an exterior darkroom for the project. It’s located directly in front of the Marilyn I. Walker school.

“There’s quirks whenever you’re building something new in a different place, so it teaches them not only about the construction and function of the camera, but also the learning that happens along the way for everyone.”