Theatre Pedagogy and the Climate Crisis – A Manifesto 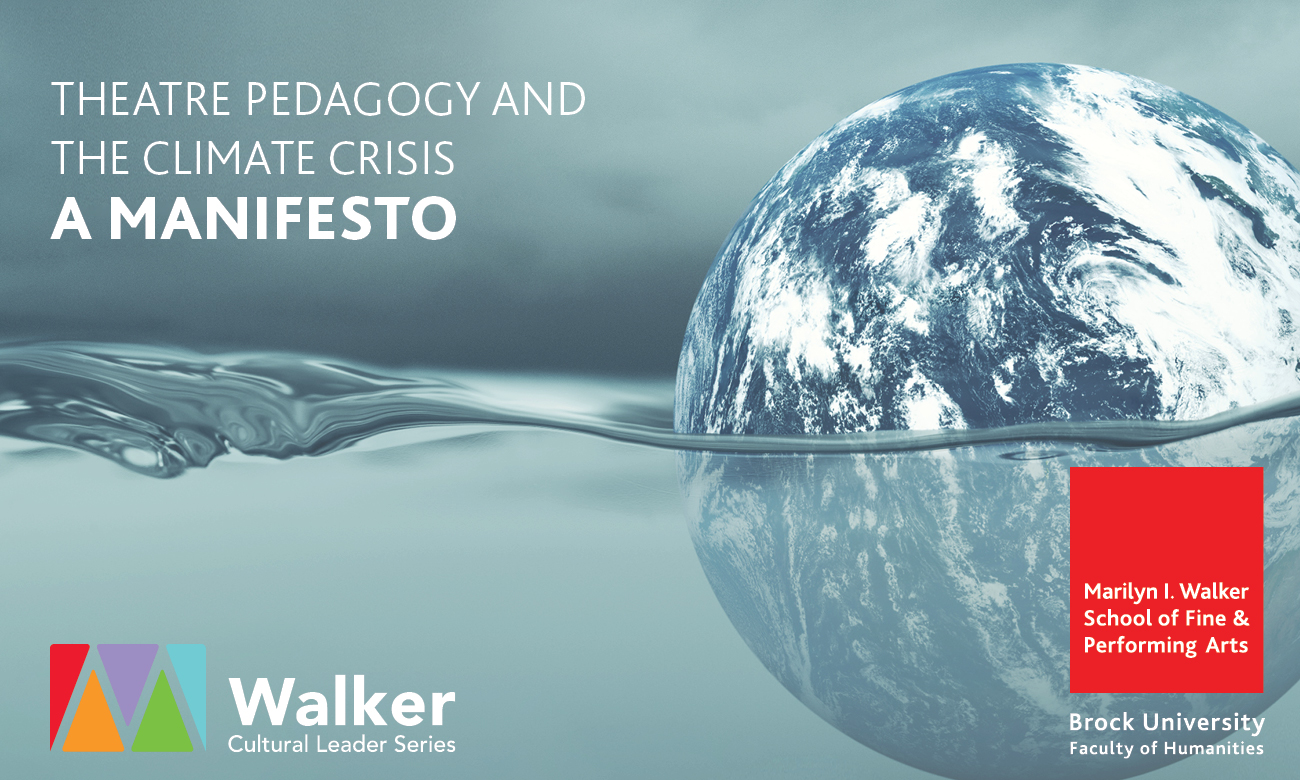 We acknowledge and affirm the severity of the climate crisis, and the role that theatre education and training must play as part of the response to this human-made calamity. We believe that, since theatre can engage humans on corporeal, spiritual, intellectual, affective and social levels, the art form in all of its manifestations is uniquely positioned to engage the climate crisis. Despite these potentials, however, we also acknowledge that theatre, with its traditional focus on the human experience, can also be uniquely unwilling to acknowledge the anthropocentric origins and species-ist narcissism of the vast majority of its current expression. Similarly, while we affirm education’s potential to help instigate radical futures marked by equity-oriented individual and collective enterprise, current global economic forces often reduce post-secondary education to the simple acquisition of skills required to survive in an alienating neo-liberal marketplace.

With these challenges very much in the forefront of our thinking, we advocate for the following agendas, priorities and commitments:

NOTE: If readers are coming to this statement outside of the context of the entire volume, entitled Theatre Pedagogy in the Era of Climate Crisis, please note that each of the individual chapters in the volume concludes with a “how-to” section that contains broad ranges of often immediately actionable steps to be taken across many areas of theatre education and training.

*This text is featured as the epilogue of Theatre Pedagogy in the Era of Climate Crisis.