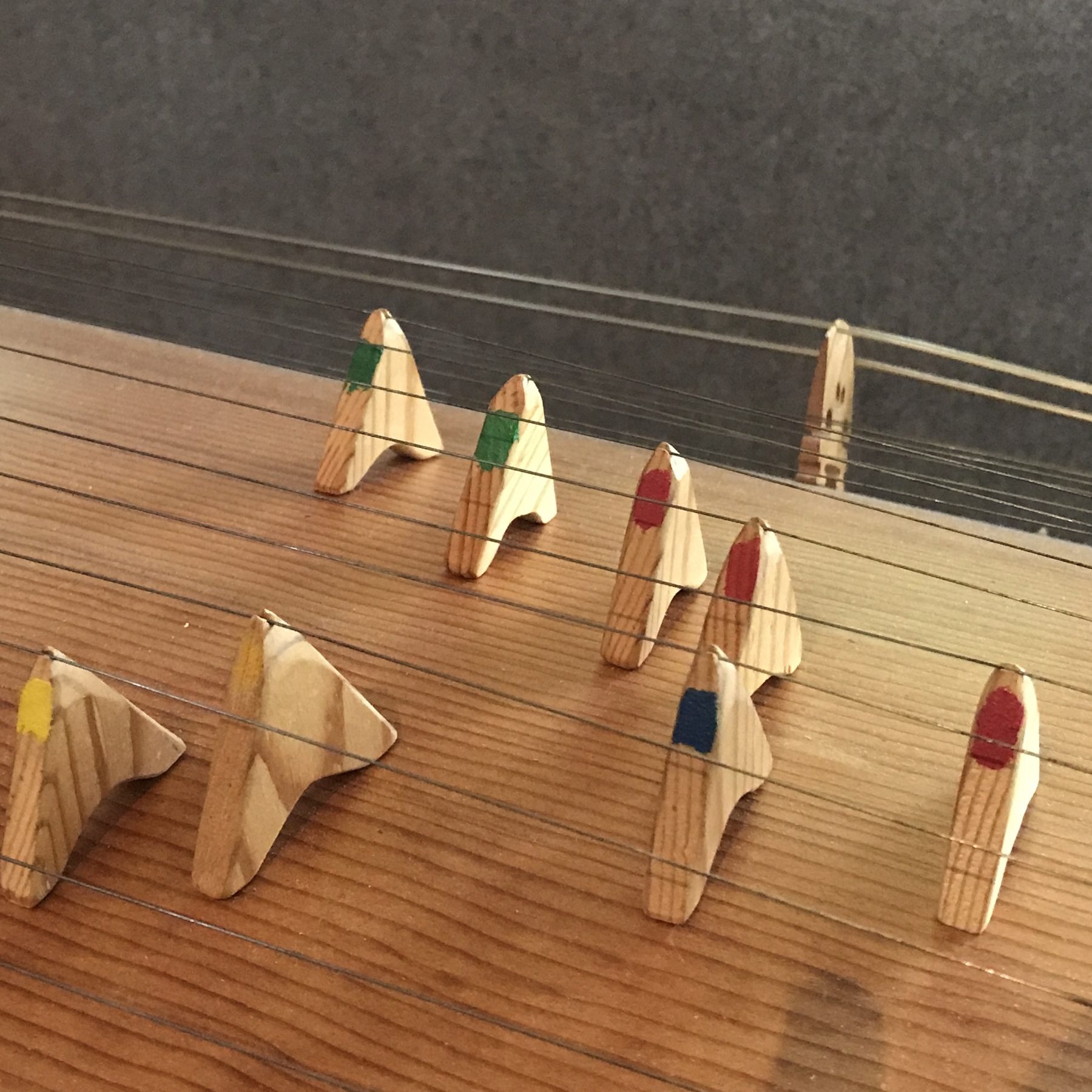 Created in 2021, Music, Noise, and Soundscape: Gayle Young and Ryan Bruce in Conversation is a virtual project of the Research Centre in Interdisciplinary Arts and Creative Culture homed in the Centre for Studies in Arts and Culture (STAC) at the Marilyn I. Walker School of Fine and Performing Arts, Brock University. It includes an interview, performances and demonstrations, as well as an outreach activity.

Gayle Young is a composer and musician based in the Niagara region who creates her own instruments and performs music for them, often employing unusual tunings. She has also performed and recorded works by John Cage and Yoko Ono. Gayle composes works for voice and chamber instruments and creates electronic sound for film and visual art installation. Many of her compositions include environmental sounds recorded through tuned resonators that she invented to integrate harmony and soundscape.

Gayle wrote The Sackbut Blues, the biography of pioneering electronic instrument inventor Hugh Le Caine (1914-1977), who invented several instruments for electronic music, including the Sackbut, an innovative touch-sensitive keyboard instrument first recorded in 1946. As editor of Musicworks Magazine for over two decades, she presented an inclusive gaze on the world of experimental music.

Ryan Bruce is an ethnomusicologist, jazz historian and saxophonist. His research concentrates on the transition of jazz styles from the 1950s–1960s (bop and the jazz avant-garde) with investigations in jazz historiography, improvisation, musical analysis, and interdisciplinary comparisons to other avant-garde art forms. His work includes special focus on collaborating with performers to create digital resources for teaching jazz history, improvisation, and world music traditions.

Ryan holds a PhD in Music from York University and has published articles on jazz criticism, musical analysis, and specific musicians for the current Grove Dictionary of American Music. He is also an active teacher and performer of jazz and free improvisation on saxophone.

Experience the ‘Soundscape’ exhibition by clicking the button below.

Please note the virtual exhibition is best viewed on a laptop or desktop computer. Headphones are recommended.