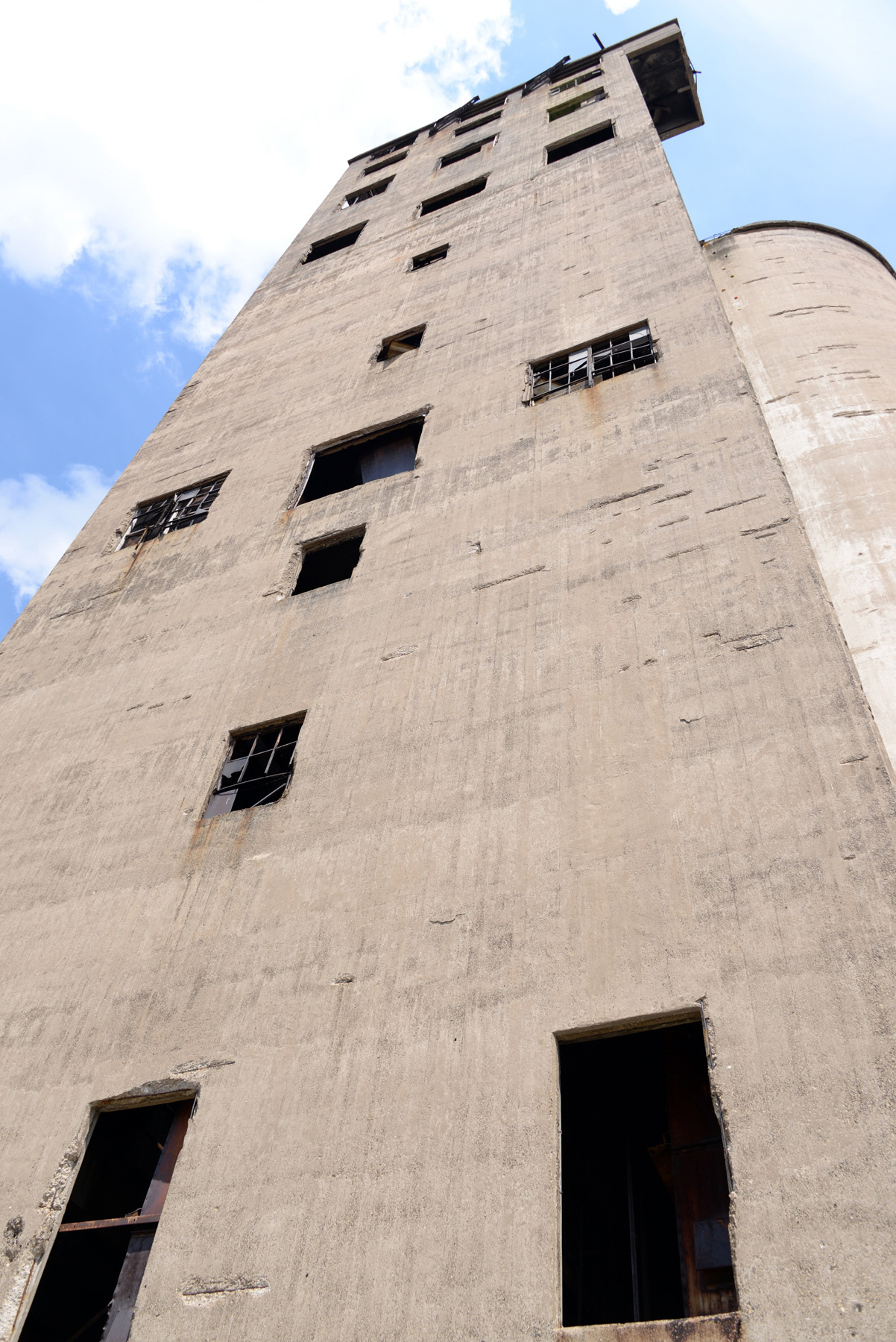 (Source: The Brock News, Thursday, April 20, 2017 | by Maryanne Firth. Photo caption: “Buffalo’s Silo City will play host to a joint art exhibition including the work of students and faculty from Brock University and the State University of New York at Buffalo. (Photo: Derek Knight)”)

Brock University and the State University of New York (SUNY) at Buffalo have joined forces to showcase artists on both sides of the border while also highlighting a landmark area on the Buffalo River.

After two years of planning, Post-Industrial Ephemera: Soundings, Gestures, and Poetics will open Saturday, April 22 at Buffalo’s Silo City — an industrial space filled with repurposed grain elevators and other structures built in the first half of the 20th century.

Several silos will play host to the free art exhibition until Saturday, April 29.

The exhibition’s opening reception will run from 2 to 5 p.m. and includes, in addition to the artwork of both Brock and SUNY students and faculty, performances by the Harmonia Chamber Singers, Reinhard Reitzenstein, Lauren Regier, Continuous Monument, Catherine Parayre and Jim Watkins.

Parayre, event co-curator and an associate professor in Brock’s Studies in Arts and Culture as well as Modern Languages, Literatures and Cultures, said the event developed from like minds coming together through networking opportunities at Brock’s Rodman Hall Art Centre.

It was co-curator Reinhard Reitzenstein, an associate professor of sculpture at SUNY-Buffalo, that introduced Parayre to Silo City, the inspiration for the showcase.

“Everyone is mesmerized because the structures there are stunning,” Parayre said of the area that is filled with buildings worn by weather and time.

The event, she said, is to encourage people to “reflect on the notion of dispersal.”

“Silos are built to maintain large networks of commodity exchange for human and animal sustenance. Here, however, the workers are gone; the buildings are exposed to inclement weather; the projects we bring with us will disappear, be dispersed or displaced.”

Silo City, she said, invites visitors to “become more perceptive to the transience of human endeavours.”

The exhibition is an opportunity to reflect on the aging structures, their history and nature’s efforts to reclaim the partially vacant space, she said.

Brock provided funding for the project through a longstanding research agreement in place between the two institutions, in addition to funding provided through Brock’s Dean of Humanities office.

Parking for the event is available onsite and guests are advised to dress warmly as temperatures within the silos remain brisk.

More information on participating artists and performance schedules for the opening reception is available online.

A one-day symposium held to relive the exhibition is scheduled to take place in September at Rodman Hall Art Centre in St. Catharines.