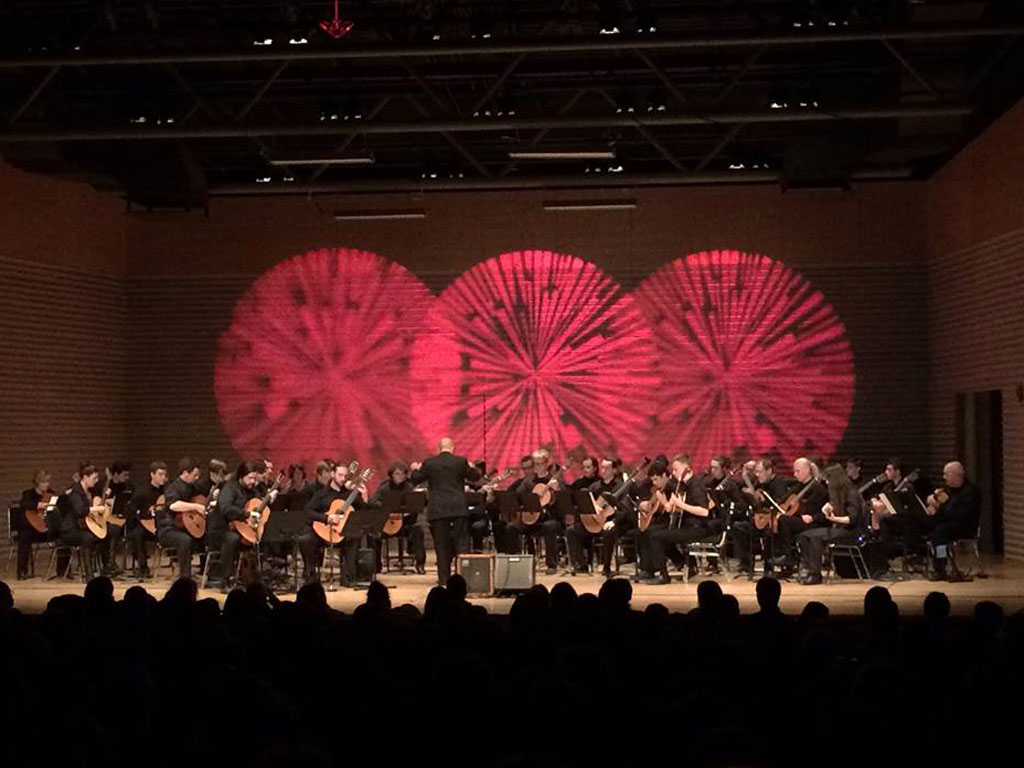 The Guitar Extravaganza is always a popular annual event. Join us for this remarkable evening of student, community, and professional performances on the stage of the Cairn’s Recital Hall.

GUITAR EXTRAVAGANZA III:
The Year of the Guitar Orchestra!!!

Brock University’s annual celebration of the guitar continues, with an orchestra of 60 guitars comprised of Brock students, local amateurs and professionals – all under the direction of Brock Guitar Instructor Timothy Phelan. Featuring music composed by Timothy Phelan (including the North American Premiere of Songs Of Struggle; Voices Of Freedom! – based on anti-Apartheid struggle songs), and the World Premiere of Carpe Noctem – a six movement work written especially for this occasion by Niagara composer Floyd Turner.

Soloists in these works will include Brock Guitar Performance majors Eric Godfree and Jesse Luciani, award-winning Canadian classical guitarist Emma Rush, and renowned Scottish guitarist Matthew McAllister, who will cross the Atlantic to be featured in the two premieres.