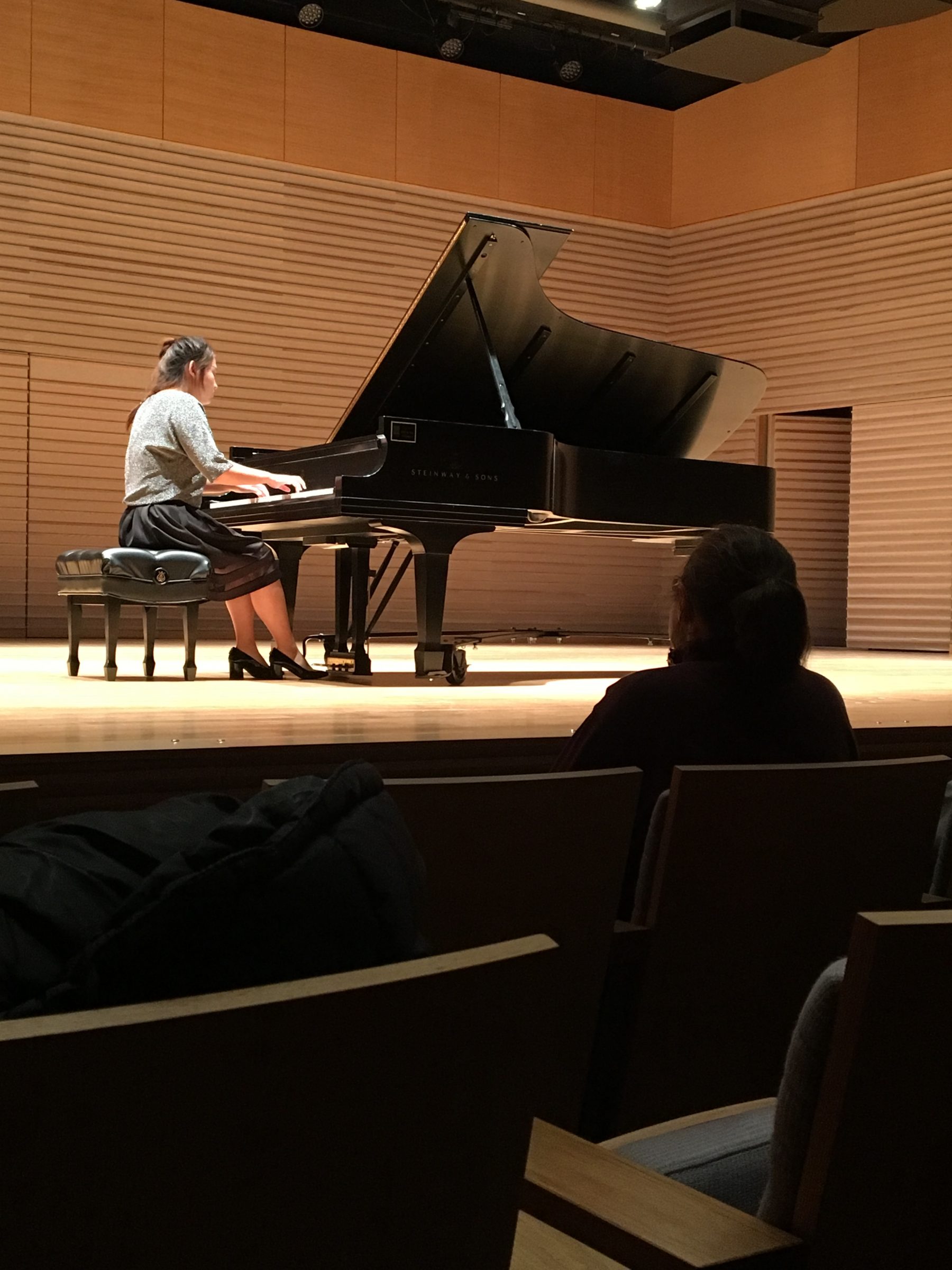 Sherry Yu is one of six pianists who will perform in the last Music@Noon concert of the 2017-18 season on Tuesday, April 3.

The curtain will close next week on this season’s RBC Foundation Music@Noon Recital Series.

The final performance of the 2017-18 season takes place Tuesday, April 3, with first- and second-year Bachelor of Music piano students taking the stage at Cairns Recital Hall.

Short videos of this season’s Music@Noon performances are available on the Department of Music Instagram page.

The free recital series will return to the FirstOntario Performing Arts Centre in late September.