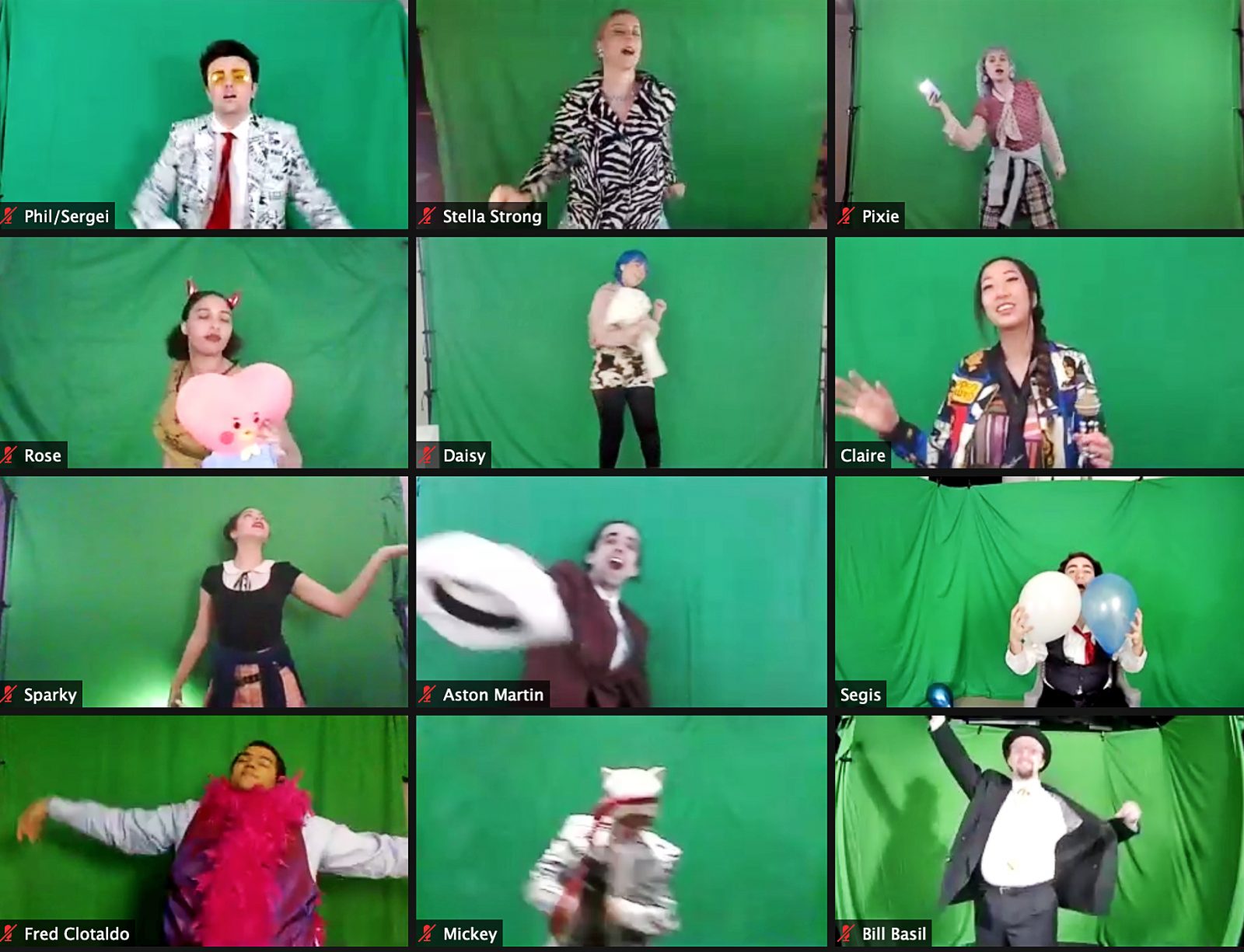 A collapsing stock market, an eccentric billionaire and a roller-coaster ride of parody and the surreal are just the beginning of what audiences can expect from the upcoming production of Fever/Dream presented by Brock’s Department of Dramatic Arts (DART).

The DART spring mainstage production runs from Wednesday, April 7 to Sunday, April 11 at 7:30 p.m. as free livestreamed performances viewable on the Marilyn I. Walker School of Fine and Performing Arts (MIWSFPA) YouTube channel.

In mounting the production virtually, the resilient cast and crew have had their fair share of challenges creating theatre during a pandemic and have masterfully emerged with exciting theatre to share with audiences.

Director Gyllian Raby, Associate Professor of Dramatic Arts, has much gratitude for the dedication of the production team and the participating students.

“Collaborating during these times could not be done without a production team fanatically dedicated to beating the odds,” she says.

To bring the play to life, props, costumes and lighting supplies had to be distributed to students all over Ontario.

“Actors are working as their own technicians, and the student directors are confronting scenes demanding live acting and intimacy with zest and imagination,” Raby says. “With this group of fevered dreamers, I think Calderón de la Barca and Sheila Callaghan would both be proud.”

Assistant Directors and Dramatic Arts students Dillon Bernier and Samantha Rideout share Raby’s enthusiasm for the work put into the show and anticipation for opening night.

“Working on Fever/Dream has taught me so much, not only about myself as a director, but also how theatre can still bring people together, even in a digital form,” Bernier says. “We need theatre in our lives, whether that be in person or digitally.”

Rideout echoes this sentiment, acknowledging the impact of the experience.

“Fever/Dream is the first opportunity I have had to take my knowledge as a performer and try my hand at assistant directing,” she says. “The past eight months developing this show have opened my eyes to the potential of theatre to transcend our current understanding of the art form.”

The play itself touches on many themes, such as corporate greed, complicated family dynamics, white supremacy and the healing power of love — all delivered in a comedy meant to defy logic and challenge convention.

“As theatre makers, we are trying to use our talents to create a piece that is current and contemporary and with a strong social message. We also want audiences to feel the whimsical romance of the story and the magic of theatre,” Bernier says.

While the new digital stage is a departure from traditional live theatre, the assistant directors and cast members have fully embraced “Zoom theatre.”

“The Zoom platform has challenged the cast, while also providing us with an important learning opportunity to explore and play outside of our comfort zones — and we have made bold discoveries,” Rideout says.

The production is free to view, however space is limited. The public can make a reservation to watch the show on the MIWSFPA YouTube channel by booking through brocku.universitytickets.com

In addition to being directed by Raby alongside Bernier and Rideout, Fever/Dream’s Scenic design is by David Vivian, costumes by Roberta Doylend, lighting design by Chris Malkowski, sound and projections design, videography and postproduction by James McCoy, choreography by Rachel Romanoski, and stage management by Diego Blanco and Alyssa Ruddock.

The cast and crew have dedicated this production to dawn e crysler, Theatre Technician and beloved MIWSFPA staff member who sadly passed away before the show was completed. crysler, who preferred her name referred to in all lowercase, will be remembered by students, faculty and staff for her commitment to the show, her delight in the process, quiet moments shared with the cast during online rehearsals, her exuberant spirit and her dancing.

As noted by the Fever/Dream team, it takes a village to put on a theatre show; crysler was not only an integral part of the creative process, but she was also the all-around motivator of the village.