Scenes from an Execution: Dramatic Arts in the era of Covid-19! opens Oct.30 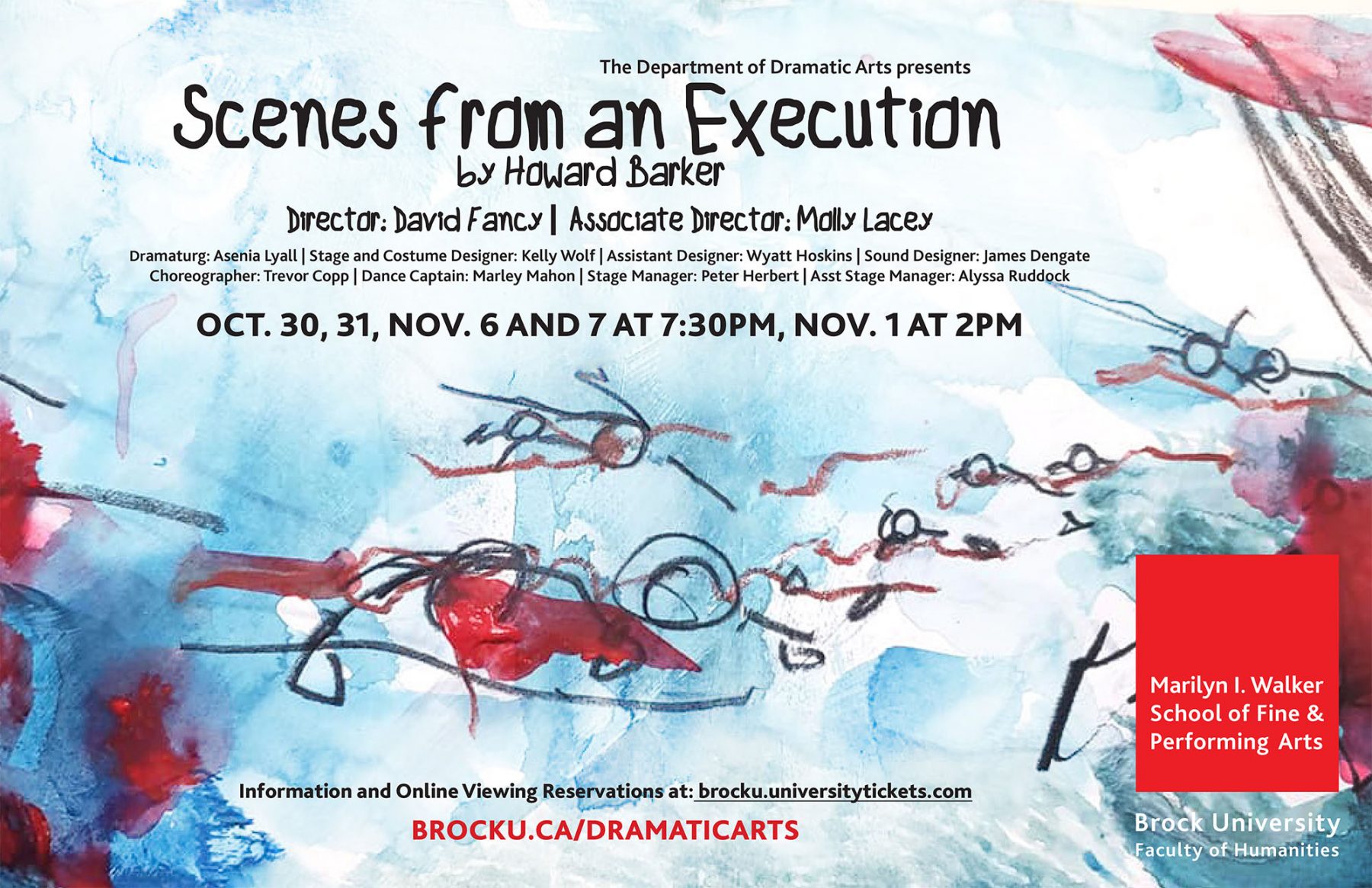 scenes from an Execution
by HOWard Barker

Scenes from an Execution is a genre-bending feeding frenzy of high impact theatre, art film, and social media. This production features the story of a 16th century punk feminist painter named Galactia. She outsmarts and out-arts all the other hangers-on with her ability to wield a paintbrush and her prowess with a video camera. She stores her lover in a plexiglass box, and, well, everything takes off from there… Taking place in an in-between pandemonium of dozens of separate performance spaces around the region and the world, Scenes From and Execution integrates the live and the recorded, and blood and paint, in festival of good-times-for-all that won’t be easily ignored!
Directed by David Fancy.

Where: created at the Marilyn I. Walker Theatre, 15 Artists’ Common, St. Catharines with content from the performance spaces of students and artists in Canada and Mexico, streamed to the MIWSFPA YouTube Channel.

Reservations to view the Scenes from an Execution performance of your choice can now be made at brocku.universitytickets.com
There is no charge for reservations, but numbers are limited. Please book your ticket soon.

Behind the Screen: See this student video showing how we made Scenes from an Execution, 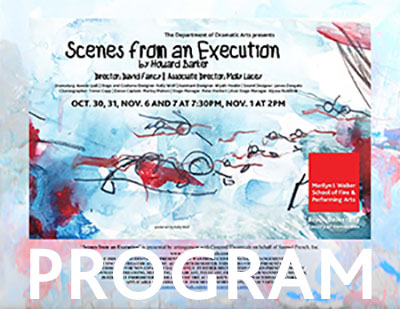