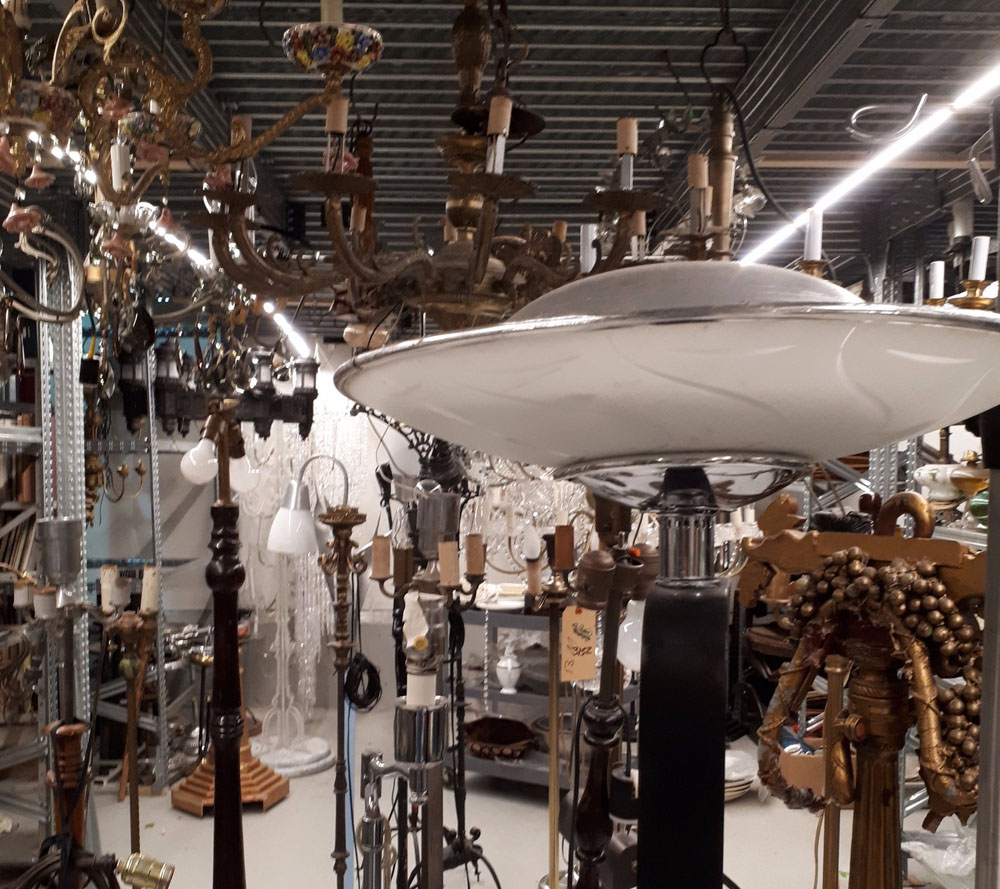 Mae Smith is the Department of Dramatic Arts’ 2019 Shaw Intern.
Read her weekly blogs about her work in lighting design and props building.
Learn more about the internship.

Despite my many visits to the Shaw Festival in recent years, and having already met Kevin Lamotte (Shaw’s Lighting Design Director) in a meeting last month, I am incredibly nervous before I even step foot out of my car onto the property.

The friendliness I am greeted with from everyone, however, quickly washes those nerves away. Kimberley Rampersad meets with me to take me on a tour of the main building. Kimberley is a director at the Shaw, who will be directing the upcoming production of Man and Superman. In addition to showing me the rehearsal halls, theatre, and efficient pathways around the building, I’m introduced to almost everyone we pass, who greet me with smiles and hearty handshakes. I’m hoping some subconscious part of my brain is storing everyone’s names somewhere and will pull them out when I need them.

When my tour finishes, I am whisked back to the festival theatre where I find my – now usual – seat next to Kevin Lamotte and Mikael Kangas, the assistant lighting designer for Brigadoon. I’m joining them towards the end of the design process of this show, during tech rehearsals. I listen over headset to the many voices co-ordinating their parts and then relaying all that back to the stage manager, Dora Tomassi. It’s quite chaotic, but not altogether unfamiliar from my experience at Brock. I mostly listen to pick out Kevin and Mikael’s voices, giving the operator instructions to update cues while I follow along on my copy of the show’s magic sheet (a sheet that shows you where every light lands on stage), which is no easy feat. I’ve never seen so many lights in on one sheet ever. I’m even more awestruck when I move to the stage and peer up at the LX pipes to see so many different instruments placed as close as possible next to each other. As I gather from overhearing conversations and asking a couple questions, the plot is shared over the season so practically every lighting fixture for all the shows in the festival theatre is up there right now. When I ask Kevin, on a later day, how that’s even managed, he laughs and says, “That would take your whole internship to answer.”

I spend half of my week at Kevin’s side, observing how he does things and taking notes whenever I come across something new. Occasionally, Kevin will lean over and explain a choice he’s made, or what exactly is going around us, helping me understand his process more. In general, everyone is very kind about answering my questions, including technicians, stagehands, and other designers. Many of the process is familiar but there is so much I haven’t even scratched the surface of yet.

On top of Brigadoon, I attend rehearsals for The Ladykillers with Kevin, which are held in the Court House Theatre. This time, I’ve caught Kevin in the early stages of designing. He walks me through what he’s thinking and what challenges he foresees with the set design (Judith Bowden) which leaves few hiding spaces for lighting fixtures. I take note of his format for planning in the script for future reference. I’m very interested in seeing this part of the process. A lot of the questions I had in my head during Brigadoon‘s tech could be boiled down to: “How do you even start?” Now I get to see.

The other half of the week, I work in the prop shop. As a newer, less experienced worker I’m not surprised to be given some simpler more repetitive tasks. I chop up iridescent cellophane to be used for as water in a bucket for Brigadoon; I cut fake money for The Ladykillers; and paint styrofoam to tone down the brightness. Although less complex, they are still necessary and important. But I also get to try my hand at upholstering a foot stool for The Ladykillers and replacing the ribbon on powder puffs for The Glass Menagerie.Sewing is one of my weaker skills so I’m grateful for the trust and elated when I finish both tasks with approval.

On my second day in the shop, I’m sent out with one of the drivers to deliver and retrieve props. After picking up some tables and a faux fireplace from a rehearsal, we head out to the warehouse which I am very excited to see because it’s massive. There are rows and rows of benches, tables, chairs, dummies, lamps (see featured image), etc. There are so many pieces in the warehouse; the aisles are long and multiple levels high, stacked with various furniture. I was in awe the whole time. If the whole week itself hadn’t already been one big highlight, I could say that seeing the warehouse was the highlight of my week.

For next week, I have a lot of prop time and a lot of tech rehearsals to attend so stay tuned!