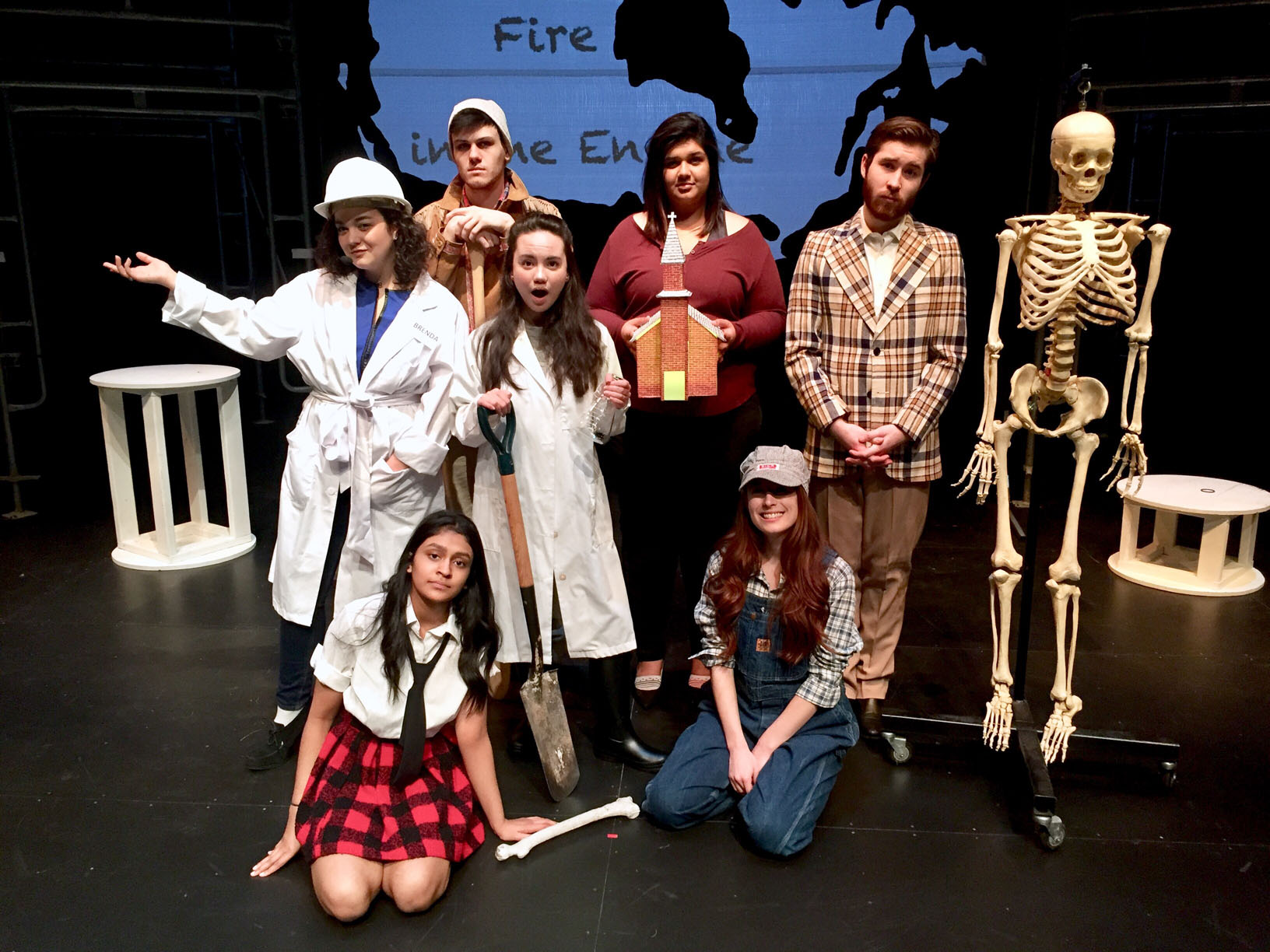 The cast of Lac/Athabasca takes the stage from April 12 to 14 in the Marilyn I. Walker Theatre for the last Dramatic Arts production of the 2017-18 season.

For the final production of the regular 2017-18 season, Brock’s fourth-year Dramatic Arts students will tackle some hard-hitting Canadian issues.

The DART 4F56 ensemble will present Len Falkenstein’s award-winning play Lac/Athabasca in the Marilyn I. Walker Theatre. The production, inspired by the Lac-Mégantic train explosion of 2013, tells the dark truth of the forces behind the disaster.

Co-directed by Professor Gyllian Raby and student Mark Dickinson, the play premiered at the Marilyn I. Walker School of Fine and Performing Arts on Thursday, April 12 and will continue nightly until Saturday, April 14. 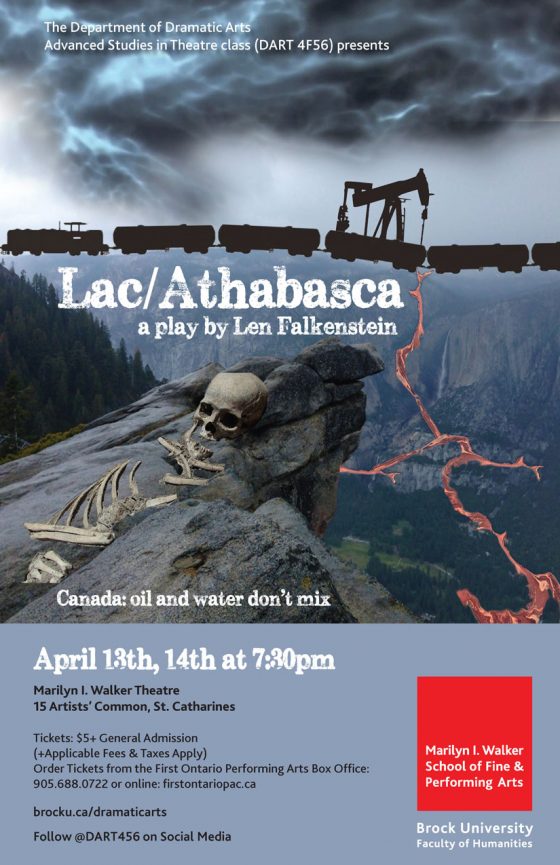 Audiences follow the train filled with explosive fuel as it journeys across time and place, beginning with townsfolk sharing their experiences of the tragic event and lamenting for the lives lost. The crowd is taken to tour the magnificent Athabasca glacier and meets workers at the oil sand companies in Fort McMurray, witnessing Canada’s exploitation of its land and peoples from the 1800s to now. The beauty and terror of these encounters reveal a Canadian dream as twisted as the train tracks that stretch across it.

The DART 4F56 students unanimously picked the play not only because of its Canadian roots, but also because “it’s about something that matters,” says Raby. The production tells the story of the train explosion, but audiences can also “expect to see a First Nations story play out,” she says.

“We were fortunate enough to be advised by Adrienne Smoke of the Six Nations and William Constant, a Cree mentor, to make sure we were approaching the Indigenous story correctly.”

On a daily basis, Canadians are reading about the problem of oil and the exploitation of natural resources. Lac/Athabasca is a deeply Canadian play that provokes reflection on corporate greed, environmental policies and the future transportation of oil.

Lac/Athabasca plays Friday, April 13 and Saturday, April 14 at 7:30 p.m. at the MIWFSPA in downtown St. Catharines. Tickets are $5 (plus taxes and fees) from the FirstOntario Performing Arts Centre box office at 905-688-0722 or online. Tickets will also be available at the door. Limited parking is available onsite.

see the preview article by Mike Balsom on YourTV Niagara/Cogeco