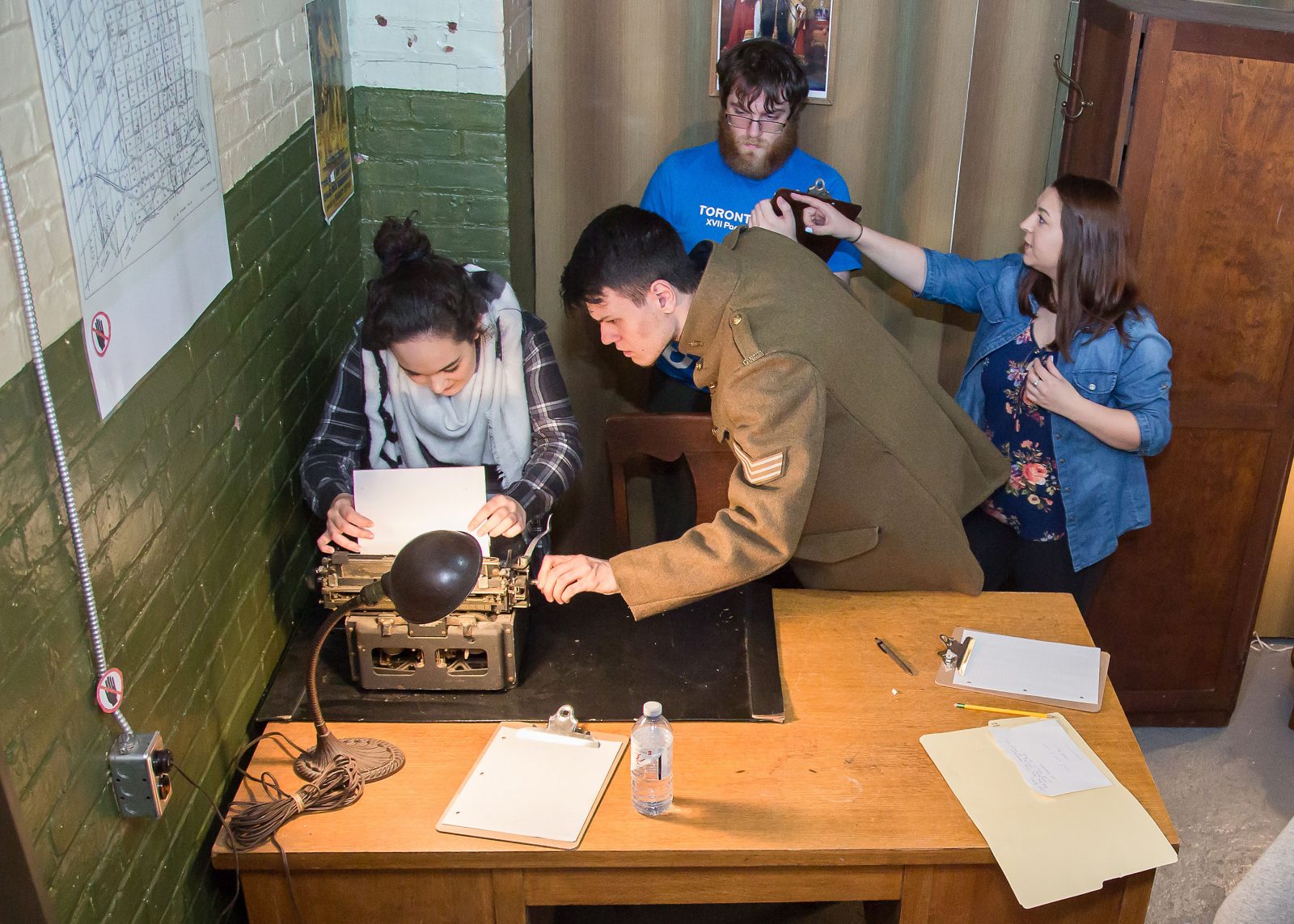 Brock’s Dramatic Arts and Interactive Arts and Science students have been working since January to create the physical adventure games through a partnership with the Niagara Military Museum in Niagara Falls.

The interactive experience sees players locked in a series of rooms and challenged to solve puzzles in exchange for their freedom as they race against the clock. 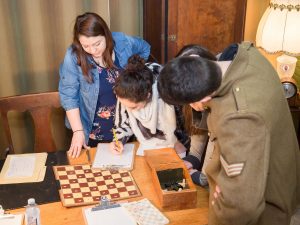 Brock University Dramatic Arts and Interactive Arts and Science students have been working since January to create two escape rooms in the Niagara Military Museum in Niagara Falls.

A group of about 30 students worked at the Victoria Avenue museum throughout the winter term to develop each aspect of the rooms, from the costumes to the puzzles to the props and sets.

The building, which dates back to 1911 and was once used as an armoury, inspired the historical First World War and Cold War escape room themes.

The rooms are unique in that they include live actors who guide players through the narrative.

“That’s how students hope to differentiate their rooms within Niagara’s escape room market,” said Dramatic Arts Associate Professor Natalie Alvarez, who was the driving force behind the experiential education project.

“I’m really hoping this will be a niche for students.”

Students are now working to test the rooms and will be evaluated on their work during an upcoming live testing event on Tuesday, April 18.

The escape rooms are set to open to the public at the end of May at a cost of roughly $25 per person. 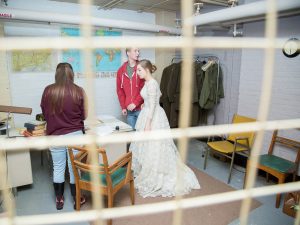 Brock University Dramatic Arts and Interactive Arts and Science students have been working since January to create two escape rooms in the Niagara Military Museum in Niagara Falls.

Proceeds will assist in the maintenance and continued operation of the museum.

“It’s meant to leave a lasting mark on Niagara tourism, helping to make the museum more sustainable,” Alvarez said, while expressing gratitude to museum operators Jim and Kathy Doherty for their ongoing support.

“It’s been really rewarding to see the students form what I hope will be a lasting relationship with the museum,” she said.

Students will have the opportunity to remain at the helm of the escape rooms going forward, first on a voluntary basis and then potentially in paid positions if the rooms become financially viable.

Students who created the escape rooms will be doing a takeover of Brock’s Snapchat account on the afternoon of April 18 when the escape room testing takes place. To follow along and view behind-the-scenes footage, add brockuni to Snapchat.