Stolen Theatre back on the scene 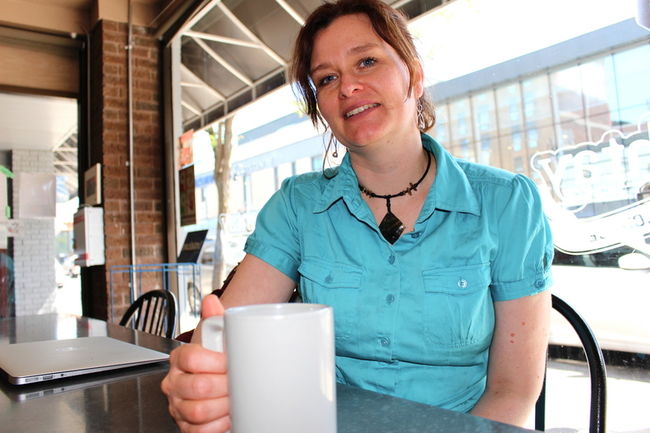 It took four years for Niagara’s Stolen Theatre Collective to return to the scene last year. Co-founder Danielle Wilson wasn’t going to let another four years slip by before doing another show.

The small, immersive company is back Sept. 15 with a brand new play written by Wilson and director Gyllian Raby, the “film noir comedy” The Ash Mouth Man. Nine shows are scheduled for the Marilyn I. Walker School of Fine & Performing Arts, and as always, things will get intimate. At just 48 seats per performance, it’ll feel like an up close and personal play.

Wilson, a teacher with Brock University’s Department of Dramatic Arts, and husband Fede Holten – a playwright and Niagara winemaker – formed Stolen Theatre Collective in 2007 as a way to do original and unique material in different ways. They managed three shows in four years before tight schedules forced the four-year layoff.

“We were super happy to be back,” says Wilson. “We had great attendance for the show (and) got a lot of good press. A lot of people didn’t know who we were, and I felt we put (ourselves) back in people’s minds.
“We’re all so busy, we all have other jobs and things to do.”

The Ash Mouth Man is a blending of two short stories Wilson and Raby wrote separately. Once combined, it formed an odd, comical tale about a female dentist named Lorna in the ’50s – Canada’s 31st female dentist, to be precise – who works in a ward for people with disorders. The patients share an urban legend about a figure named the ‘Ash Mouth Man,’ whose kiss will make everything taste like ashes afterwards.

“It took us awhile to figure out, what is the genre? We’re dabbling in aspects of film noir but there’s also a lightness to it.”

Opening a regular show is hard enough – for Wilson, staging and starring in her own play is next level stress.

“It definitely feels like a bigger risk,” she says. “We’re putting our own work out there that nobody’s seen before, and we don’t know how it’s going to be received.”