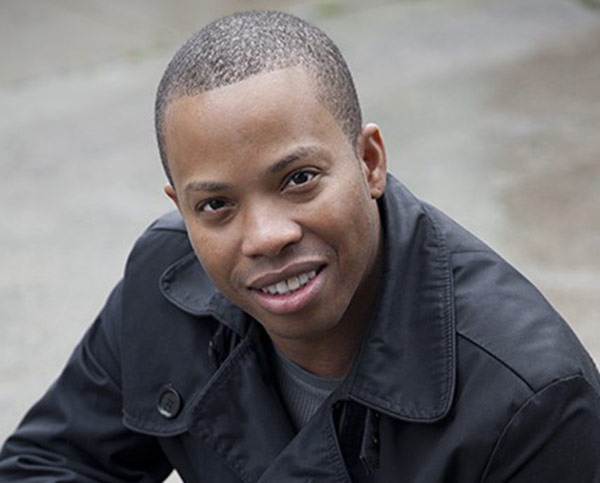 When Marcel Stewart studied drama at Brock University, he learned more than how to portray a character on stage.

He learned to write, direct and produce. He learned confidence in his craft.

“Brock taught me a lot about just being an artist in general,” said the 30-year-old Toronto man. By his third year in the dramatic arts program, Stewart (BA ’07) was completely immersed in all aspects of the theatre.

“I’m most grateful for the understanding that arts is a community,” he said, noting he appreciated the spirit of collaboration and support at Brock.

Stewart was recently accepted as one of 17 artists in the prestigious and competitive Soulpepper Academy, a paid two-year training program for theatre artists. More than 1,100 people applied in the nationwide audition.

Stewart said the six-month audition process was intense but taught him a lot about himself.

“To be selected as a member of the Soulpepper Academy can be a career-changing appointment,” said Professor David Vivian, chair of Brock’s Department of Dramatic Arts. “We teach our theatre artists to excel across a wide spectrum of skills.”

Stewart, who for a number of years has been exploring the relationship between Shakespearean language and hip-hop music, is developing a hip-hop adaptation of Macbeth.

He has also been successful on the stage in the Toronto area and said taking a break from his burgeoning acting career is daunting. But to him, it’s worth the risk.

“What I’m looking forward to is better preparing myself to become a man on stage,” he said, noting he’s looking to transition from roles for young men into a broader range. “I’m most excited about challenging myself.”

Vivian said Stewart’s teachers at Brock are proud of his accomplishments since graduating.

“This is a significant achievement for one of our graduates and it couldn’t have happened to a more generous spirit and talented artist,” said Danielle Wilson, Brock lecturer and director of Mainstage Productions in the Department of Dramatic Arts. “As a student, he was extremely motivated to do quality work that pushed the boundaries of his abilities. I have followed his career over the years and am very impressed by the quality of the projects he has been involved in as a young and developing artist.” Stewart starts at Soulpepper Academy in August.