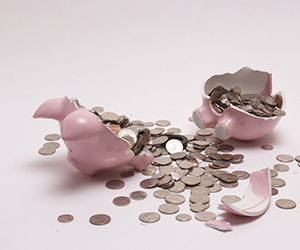 Tickets are available at firstontariopac.ca

A new one-woman play by Vancouver playwright Suzanne Ristic, this darkly comic piece was first produced in 2014 at the Vancouver Fringe Festival. ECT’s production will be performed by DART part-time faculty member Monica Dufault and will be directed by Kim Selody, Artistic Director of Presentation HouseTheatre.

The play centres on an ultra rich Canadian woman, Shelly Cormorant, who pretends to be homeless in order to better understand the plight of the 99%. A contemporary Marie-Antoinette in her ignorance, Shelly unwittingly offends everyone she meets in her attempt to empathize with the “poor”, all the while taking advice from a vision of Scarlett O’Hara. She has sex with a homeless man, and is titillated by the prospect of continuing the liaison in the filth of this man’s squat. The man sees through her façade and seizes the opportunity to profit from their relationship. Ultimately, Shelly loses her status and power, and makes a desperate attempt to affect real change through an act of terrorism.

This script explores current socio-economic disparity through the character of a woman of extreme privilege and her oblivious attitude toward the rest of the world. Shelly is at once detestable and hilarious, outrageous and pitiable. She recognizes that her status as a “trophy wife” (as the character self identifies) is embedded in her physical appearance,  and that this currency is quickly diminishing as she ages. Her rebellion against the valuation of women based on their looks is tied up with her drive to play at being impoverished.