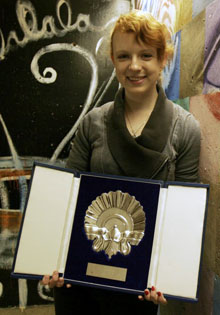 It was a callback Katie Coseni won’t soon forget.

The second-year dramatic arts student had just returned from six days at the San Sebastián International Film Festival in Spain, where the film in which she plays one of the lead roles, Foxfire: Confessions of a Girl Gang, was given the red carpet treatment.

It was her second stop on the international film festival circuit, after the film’s premiere at the Toronto International Film Festival in early September.

She was alone in her room when she got the call.

“I looked at the number and it was from France,” says Coseni. “I was like that’s really weird, why is someone from France calling me?”

It was one of the producers from the film on the other end of the line notifying her that the festival wanted her to come back so that she could accept her award. 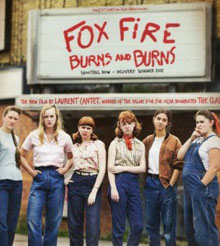 The award in question was the Silver Shell for Best Actress.

“I made her repeat it six times because I thought she was joking,” says Coseni. “It was really incredible.”

Coseni was given the honour along with Spanish actor Marcarena García for her turn in Blancanieves, a silent black-and-white reinterpretation of Snow White set in 1920s Spain.

“It’s kind of like ‘did that actually happen?’” says Coseni about receiving the award. “I still can’t believe it.”

“I see the box that the award came in on my desk and I forget what it is for a second, and then I remember ‘Oh yeah, I got this really awesome prestigious award,’” she says. “It’s just incredible.”

Created in 1953, this year is the 60th anniversary of the San Sebastián International Film Festival, one of the most important cinema festivals in the world.

“San Sebastien was just a whole otherworldly experience,” says Coseni. “It was all just a huge whirlwind.”

above, Katie Coseni in the film Foxfire

When asked about her future in acting in light of her recent accolades, the first-time film actor is looking to take advantage of her recent success.

“I’m taking steps now towards getting agents,” she says. “Hopefully that will lead to more auditions because I really do want to do this for as long as I can because I love it.”

After a busy few months of publicizing Foxfire, Coseni is ready to switch gears and get back to her studies.

“For right now, it’s just school and trying to get back to normal,” she says. 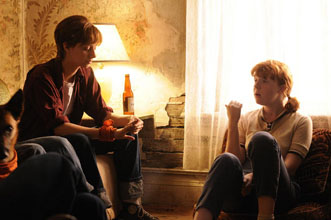 But that all depends on what you consider normal. Coseni received her callback on a Friday morning, hopped on a plane later that night, arrived in Spain Saturday night one hour before she was to receive the Silver Shell at the awards gala, woke up Sunday morning to fly back home, arrived home Sunday night and was back in class Monday morning.

“It feels like it happened so long ago, it’s really weird,” she says laughing. “It took like a day or so getting back to my regular sleeping pattern. It feels like I just got back from summer vacation.”

Foxfire is slated for theatrical release in France in January 2013 and plans are in the works for a Canadian release in Spring 2013.