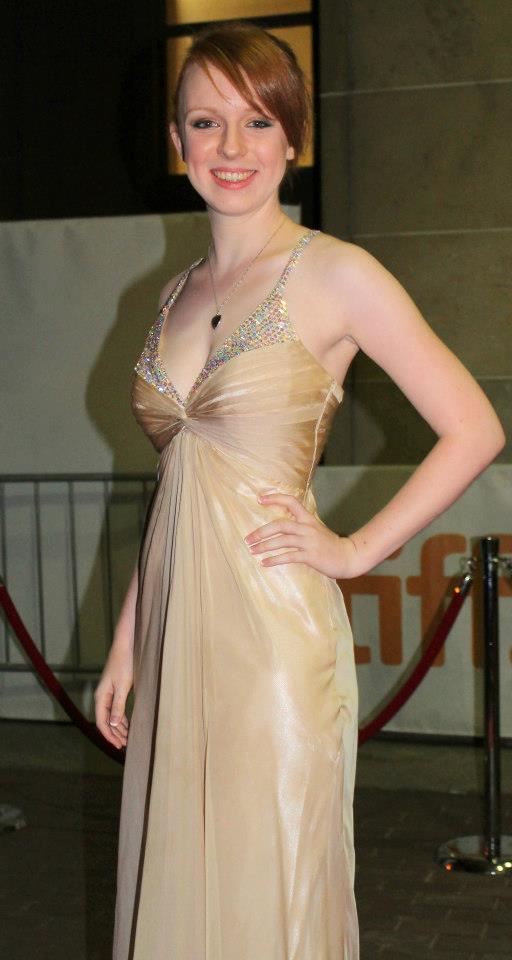 Coseni on the red carpet at this year’s Toronto International Film Festival.

DART student Katie Coseni was recently featured in an article in The Brock News:

“Katie Coseni’s first experience at the Toronto International Film Festival was not typical.

Rather than chasing celebrities for autographs and crowding the edges of red carpets in hopes of catching a glimpse of movie stars, the second-year dramatic arts student found herself on the red carpet soaking up the limelight.

Coseni plays one of the lead roles in the film Foxfire: Confessions of a Girl Gang, which premiered at this year’s festival on Sept. 10.”

The article continues: “. . . . Coseni’s long journey to the red carpet in Toronto all started when she responded to an open casting call in 2010.

“A friend and I went to a drama camp when I was in middle school,” she says. “I guess we stayed on their mailing list and they sent out a flyer about this audition.”

. . . Coseni credits her fellow students and professors in the dramatic arts program at Brock for being extremely supportive of her foray into film. Students would share their notes with her when she missed classes and professors were accommodating when it came to handing in assignments.

“Because I was going to school for drama and I was missing school because of a movie, they understood,” she said. “It’s a very supportive and friendly environment.””