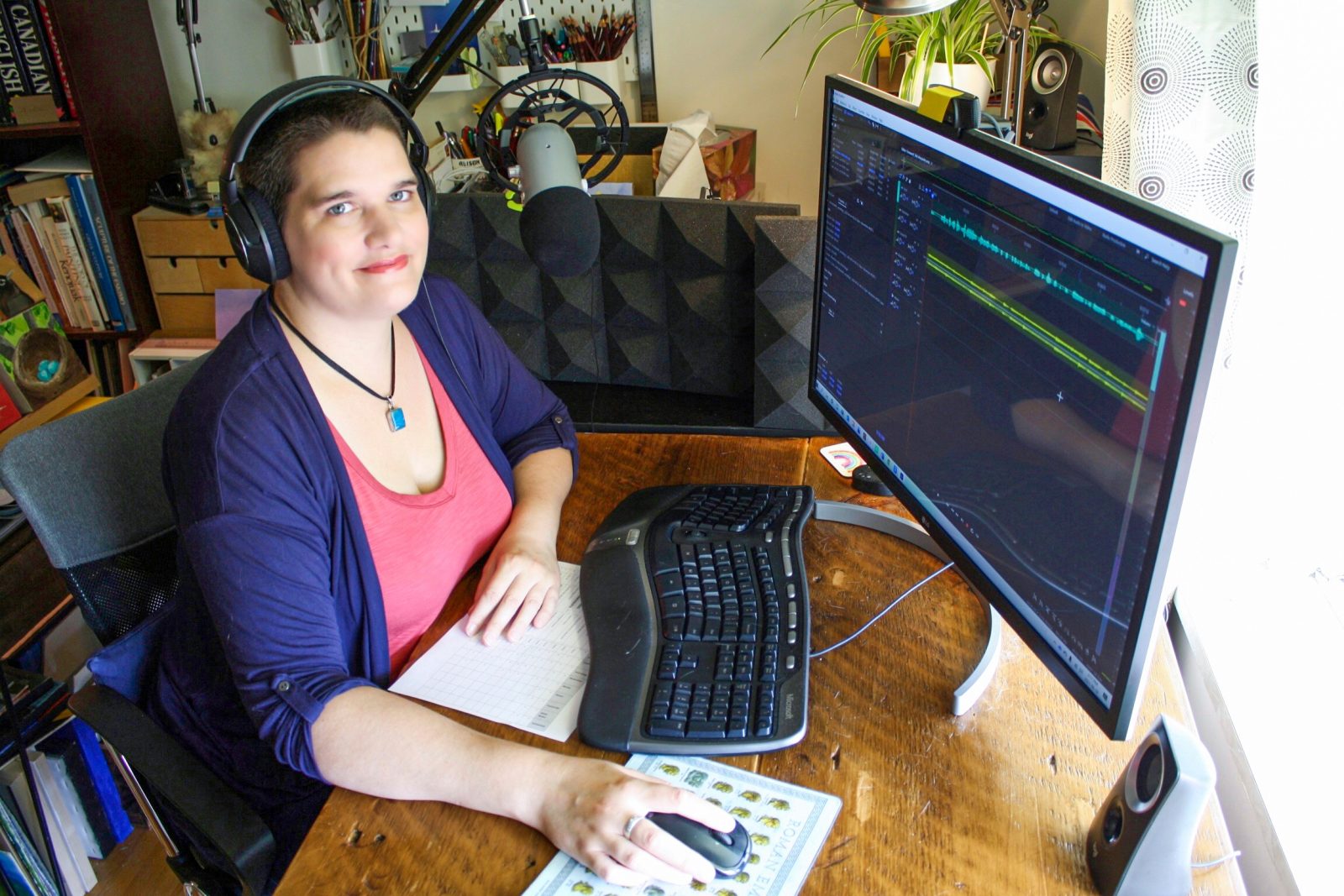 After a successful first season, Foreword has returned to again connect listeners with researchers in Brock’s Faculty of Humanities.

The podcast, which recently passed the 1,000-downloads mark, features interviews with professors and graduates from across the Faculty, exploring not only what they do, but also why they do it and why it matters.

The second season returns with 11 episodes. Each one-hour episode is released each Wednesday until the end of August.

Similar to a foreword in a book, the podcast acts as an introduction to the Humanities and the diverse and impactful research being conducted at Brock, said Alison Innes, the Faculty’s Social Media Co-ordinator, who produces and hosts the show.

“I want to convey the forward momentum — how the humanities are relevant and important both today and as we move forward,” Innes said.

Listeners can expect to dive into topics such as literary journalism, the connection between art and engineering, the need for a global perspective on the ongoing pandemic and the how societies have responded to plagues and unrest in the past.

The season kicked off with a conversation with Nina Penner, Assistant Professor in the Department of Music, who specializes in opera, musical theatre and film music.

In the June 2 episode, Penner helps to demystify the world of opera for listeners and shares how modern opera is responding to social justice movements such as Black Lives Matter.

“You do not need to be an opera aficionado to appreciate the conversation,” Innes said. “All of the episodes are geared towards people who don’t necessarily have an academic background in these topics. They’re meant to feel accessible and be engaging.”

The episodes, she said, are “made to sound as though we’re in a coffee shop and there’s me, the researcher and the listener at the table.”

Foreword also aims to “pull back the curtain on the research and academic process,” Innes said.

For instance, an upcoming episode features Modern Languages Associate Professor Cristina Santos and her work on the Argentinian disappearances from 1977 to 1983.

“We talk about what it is like for researchers to deal with really difficult topics,” Innes said. “We talk about how, as a researcher, you examine a topic that’s traumatic without traumatizing yourself.”

“The research and creative activity practised in the Faculty of Humanities is central to all of the questions and issues that confront us today,” she said. “We’re asking and answering the crucial questions, and the world needs to hear about those questions and answers.”

The podcast, Merriam said, is an “innovative way to take our work into the mainstream of people’s lives and thoughts.”

“The impressive performance of the podcast, and the audience that it has reached, demonstrates the importance and vitality of the Humanities in today’s world.”

Supported by the Dean’s Discretionary Fund, the podcast is also made possible by the sound-editing skills of first-year Interactive Arts and Science student Nicole Arnt.

Arnt said the experience has taught her that Brock “offers opportunities for learning and connection beyond the obvious places,” and she was thrilled to get involved with the project.

“This podcast highlights how professors are not only teachers but also learners,” she said. “It’s a good reminder that universities in general and Brock’s Faculty of Humanities specifically, are places to stimulate thought, discussion and curiosity.”

Foreword is more than just a “transfer of knowledge,” she said, while encouraging her fellow students to tune in.

“It allows listeners to get a sense of who some of the Humanities professors are outside the lecture hall: What motivates them, what they are concerned about and why they are passionate about a certain topic. It brings the humanity back to the Humanities and it will give us a connection point in class beyond marks and assignments.”

New Foreword episodes are released every Wednesday on Apple Podcasts, Google Podcasts and Spotify. Transcripts of the episodes are also available here.

Some upcoming episodes of Foreword include: