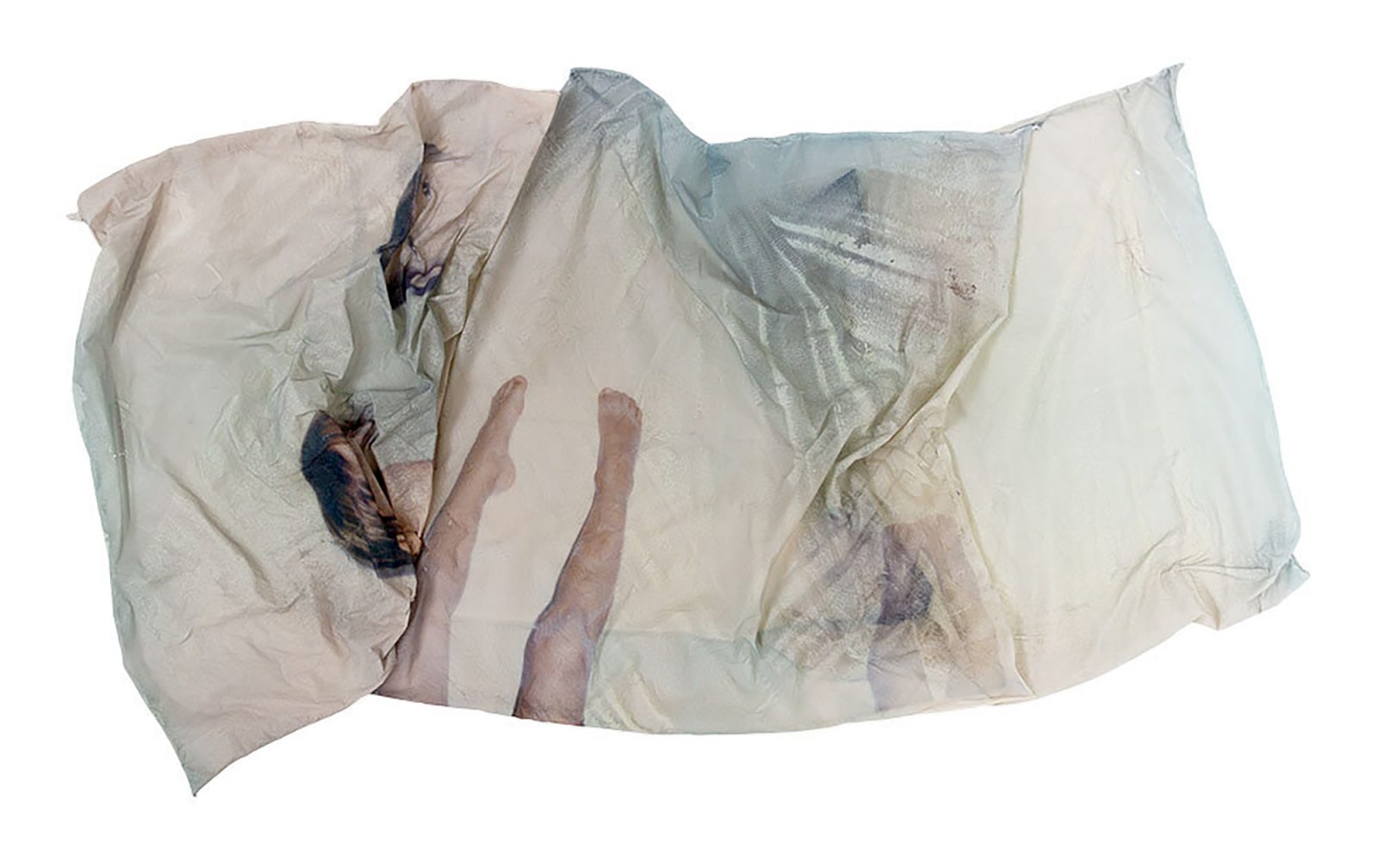 Image caption: “Three Polaroids” is a piece from Amber Lee Williams’ collection “Tethered” that uses a Polaroid emulsion lift technique. “Through self-portraits, photos of my own children and other mothers with their children, “Tethered” is part observation and part documentation of daily life,” Williams says.

Originally published in The Brock News FRIDAY, MAY 07, 2021 | by Gillian Minaker

While the look of a classic Polaroid picture is familiar to most people, interdisciplinary artist Amber Lee Williams (BA ’20) is challenging that standard and garnering international attention with her creative use of the iconic medium.

Among those captivated by the St. Catharines’ artist’s compelling work is WIRED magazine, which recently commissioned Williams’ art for an article about adoption. The international publication reaches 30 million readers each month.

Originally interested in painting, Williams, who graduated from Brock’s Marilyn I. Walker School of Fine and Performing Arts (MIWSFPA) last year with a Bachelor of Arts in Studio Art,  discovered a passion for experimental photography when introduced to the darkroom in her second-year Analogue Photography class.

Williams developed her art practice during her degree based on a technique called Polaroid emulsion lifts. In this treatment, the top layer of a Polaroid photo (known as the emulsion layer) is separated from the physical print by soaking it in water. After the separation of the emulsion image has occurred, it is often transferred to other surfaces such as watercolour paper or hard surfaces like rocks.

Through creative and scholarly exploration undertaken by Williams during her time in the Visual Arts program, she reimagined the Polaroid emulsion lift technique by capturing digital images of the emulsion lift in process. She was excited by how the images looked floating in water and found them to have an “ephemeral quality.” 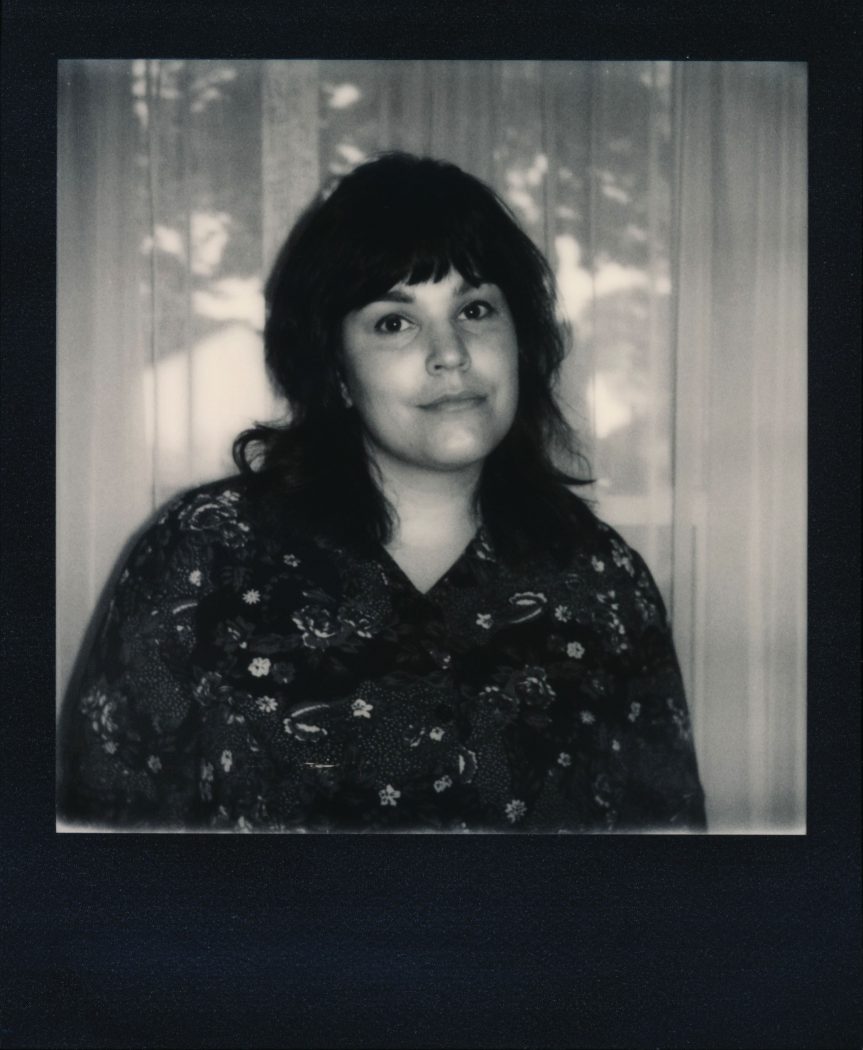 In her current work, Williams continues to explore the interplay between analogue and digital media, weaving this theme through her pieces.

“My time at Brock put me on a very experimental path. My professors encouraged me to use unconventional materials, or to invent new ways to use materials. I was never told ‘this wasn’t the assignment’ — even when I handed in some weird stuff,” she said with a smile.

Associate Professor of Visual Arts Amy Friend, who taught Williams’ Analogue Photography class, said that Williams consistently challenged her studio assignments, and with each critique, brought in a plethora of work that demonstrated a clear commitment to pushing process and result.

“Her unique approach of blending alternate materials within the folds of photographic practice wonderfully represents the explorative nature of studio-based courses and the progression of her practice as an artist,” Friend said.

Opportunity called in December 2020 when a senior editor of WIRED reached out to Williams — a connection made through Friend — to commission her Polaroid works for an upcoming article. With that, Williams embarked on her first big job in the creative sector.

Fuelled by excitement and a touch of nervousness, she began her creative work for Adoption Moved to Facebook and a War Began written by Samantha M. Shapiro.

“First, photographer Juan Diego Reyes took some photos using colour film of the family featured in the adoption article. The film was developed, scanned and sent to me to print as Polaroids to turn into lifts,” Williams explained.

The lead image of the article created as a result is one of her favourite images that she has ever made.

“The way Reyes photographed the family — with these big shadows cast behind them — felt so symbolic of what the story was all about, which was this dark side of adoption,” she said.

Williams also created her own still life images featuring children’s items. With a toddler and seven-year-old at home, she had what she needed on hand to create original images for the rest of the article.

Creating original images took her out of her comfort zone and posed an exciting challenge, Williams said.

“I’m usually just making art about myself (or my own family), and for myself. Trying to make the work fit someone else’s ideas was very different than what I’m used to.”

Williams, who recently completed her second term in the Master of Fine Arts (MFA) program at the University of Waterloo, hasn’t slowed since graduating from Brock. The busy mother of two looks forward to what the future holds.

“I didn’t think I would be doing my MFA mostly online with my kids home, but here we are. I got through the first year and now I’ll have the summer to make more work and enjoy some time with my family,” she said.

Williams hopes to showcase her work, “Tethered,” this fall at an exhibition in St. Catharines pending public health protocols.

As she continues her schooling, she is contemplating what her next moves will be.

“What I know now is that I just want to make art, and help other people make art,” she said.