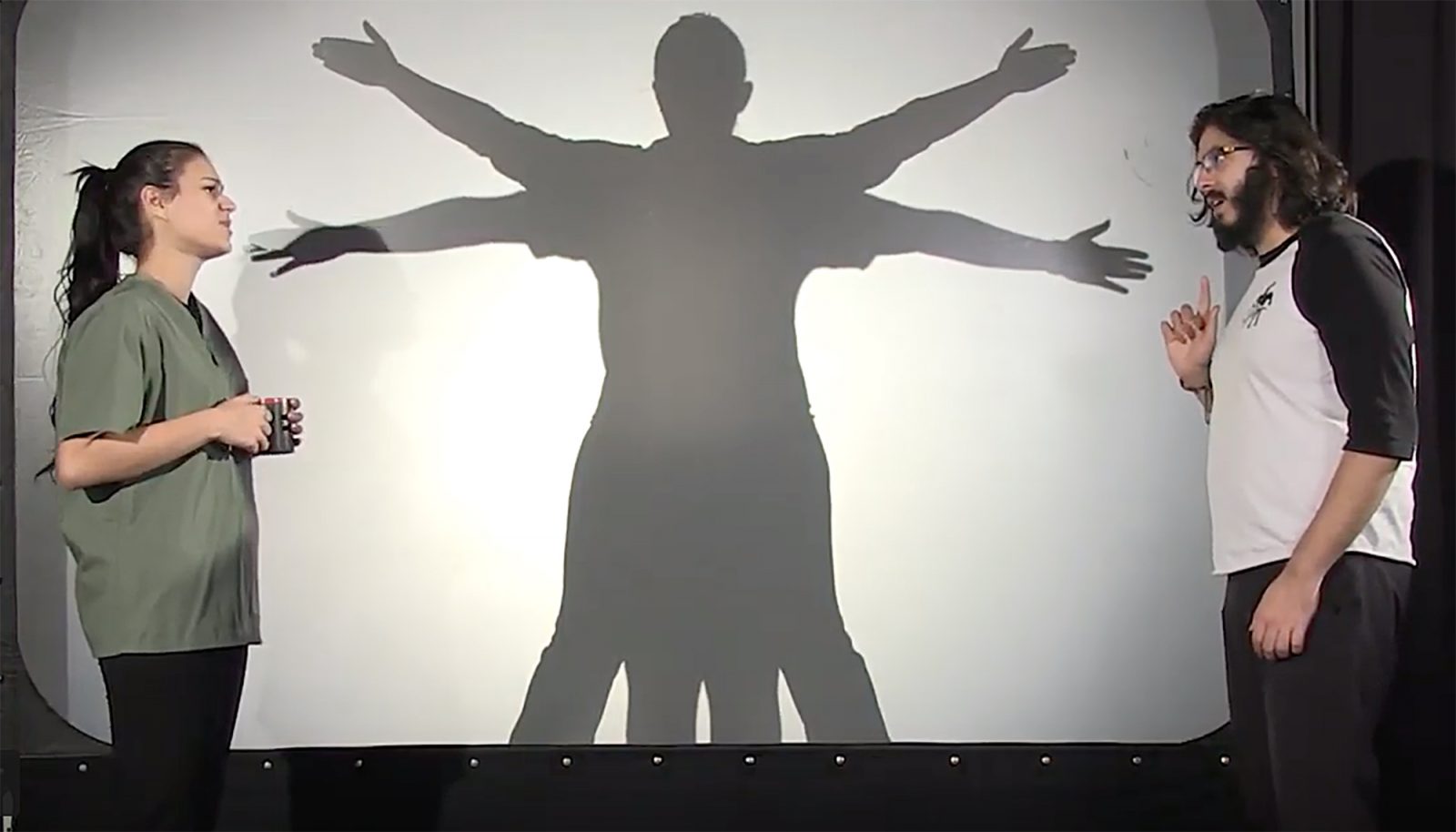 Brock University alumni now with Mirror Theatre perform a scene in Understanding person-centred care: Finding dignity within the shadows, a video series as part of a research project between Brock and Sunnybrook Health Sciences Centre.

Two Brock University faculty members from seemingly unrelated disciplines have collaborated on a project aimed at improving the relations of those involved in long-term care.

Associate Professor of Recreation and Leisure Studies Colleen Whyte, and Professor of Dramatic Arts Joe Norris, were at Sunnybrook Health Sciences Centre in Toronto Wednesday, Oct. 2 for the premiere of Understanding person-centred care: Finding dignity within the shadows.

Two years ago, Sunnybrook Professional Practice and Education Leader Leanne Hughes came to Whyte with a research idea about how to help staff and family deal with the challenges associated with two specific groups in long-term care: veterans living with dementia and patients recovering from traumatic brain injuries.

“I’ve known Leanne for 15 years and we’ve done research together in the past,” Whyte said. “She came to me and said: This is an issue we have. How do you think we could look at researching it?’”

“What we’re looking at are person-centred approaches,” said Hughes, referring to a growing emphasis in health care that invites patients and family members to be involved in decision-making and strategizing ways to care for individual patients from a wide-range of services. It’s a more collaborative care model than a traditional top-down medical approach to care.

In the fall of 2018, Whyte led research that included focus groups of those working in long-term care at the Toronto hospital such as doctors and hospital staff, as well as families of those in care. 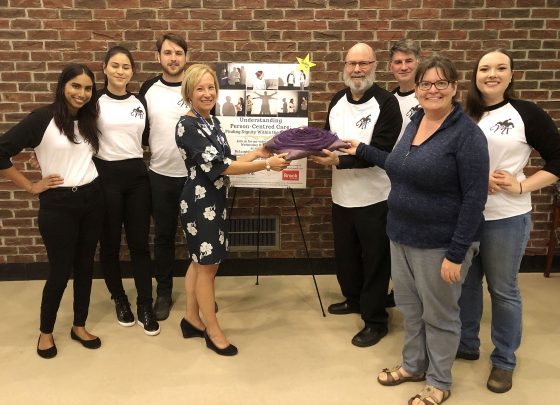 “We interviewed people who are doing this every day,” Whyte said. “This research is about taking the principles of person-centred care and trying to see how they are translated on a daily basis, when all partners experience unexpected challenges.”

With the focus group data in hand, Whyte then turned to Norris, Chair of Brock’s Department of Dramatic Arts, who worked with the student-run Mirror Theatre to translate the conversations into dramatic action, known as ethnodrama and applied theatre.

“We took the focus group transcripts, read them, analyzed them and created dramatic scenes,” said Norris. “The purpose is to evoke conversations.”

The result is a 20-part video series, each dealing with a different component of the long-term care experience. They range from something as simple the challenge of what to pack when a family member is moved into a new living situation to what to do when a patient whose mind no longer has much of a filter says something that crosses a line.

“It’s all about answering the question of ‘How do we treat each other with respect in stressful situations?’” Norris said.

He said the Dramatic Arts students who were acting the parts in the videos — including the patients who are represented as shadowed silhouettes rather than specific people — learned about more than just acting.

“Many cast members say they don’t only get extra-curricular experience with theatre, they get the experience of dealing with a range of topics. It’s like an extra class for them,” he said.

With the video series now complete, the next stage of the project is to create workshops for staff and families.

“It gives staff some insight and helps them think, ‘If I’m in this situation, let me strategize and be thoughtful about what options I have,’” she said. “It will equip new staff with possibilities and allow existing staff to be reflective about their approaches.” 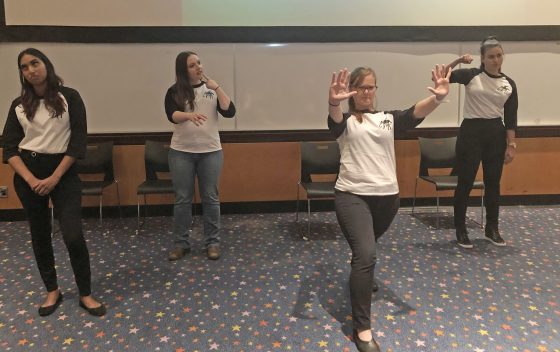 Hughes said when the final videos were shown to those working with veterans suffering from dementia and patients dealing with brain injuries, the staff were impressed with how accurate they were in reflecting the situations they deal with.

“It has been an absolute pleasure to see students take this data and enact it,” Hughes said. “We were in awe of their ability. They did a fantastic job.”

The project, which was funded by a Social Sciences and Humanities Research Council (SSHRC) Insight Development Grant and a Practice-Based Research and Innovation Seed Grant from Sunnybrook, will continue with the development of facilitator tools and training sessions. Those will be developed and led by Norris and Kevin Hobbs, a master’s student in Social Justice and Equity Studies, who directed the Finding dignity within the shadows series and incorporated the research into his master’s thesis.

“They’re training videos, but not in the sense of, ‘Here’s how you give a needle,” said Norris. “It’s more of a dialogic conversation where our audiences are invited to comment on the scenes and add their own insights and stories.”

Watch the full Understanding Person-Centred Care video below and individual scene videos can be found at this link.