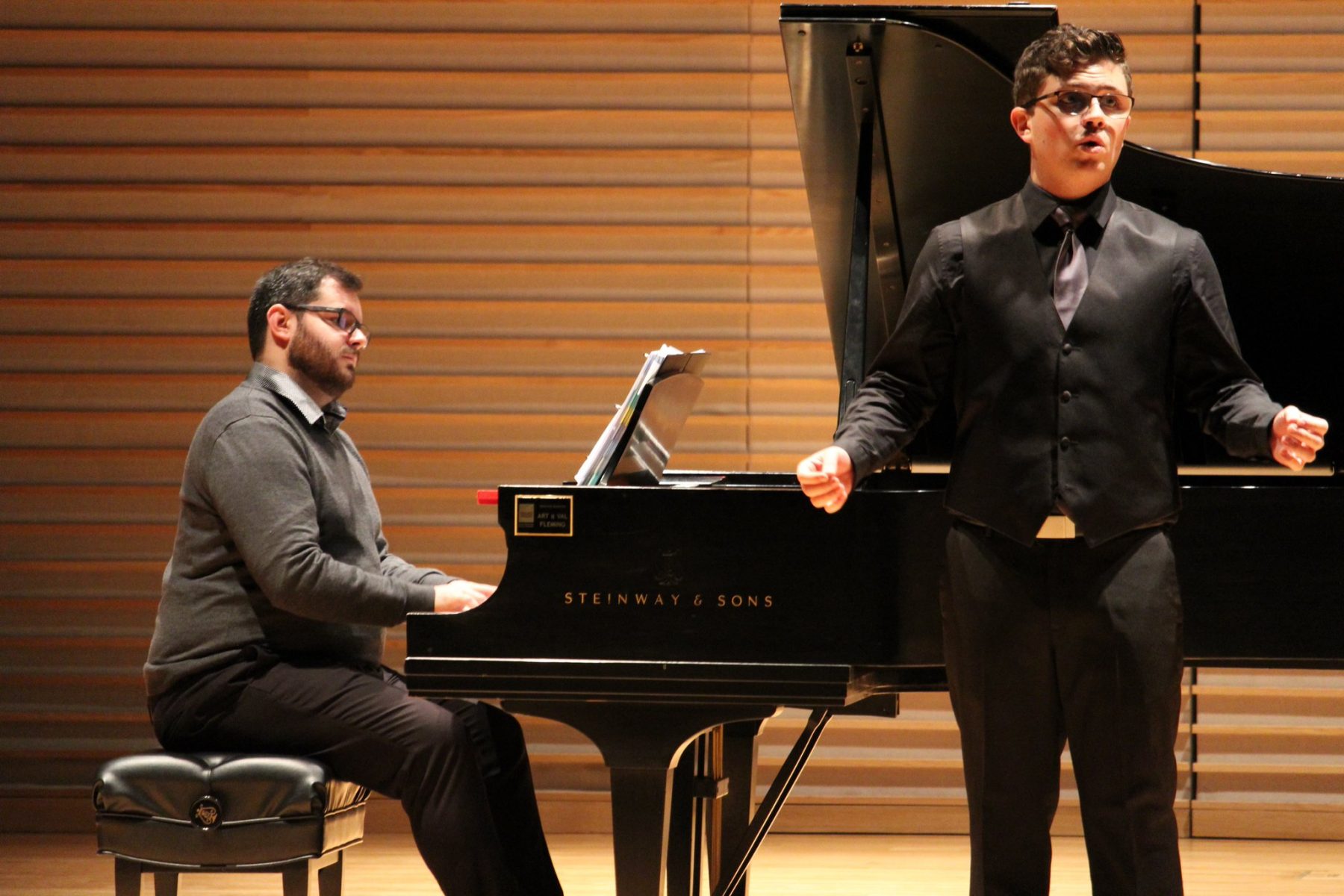 It’s time once again for Brock University Music students to take over the stage as part of the Music@Noon Recital Series.

For the next five weeks, guests will hear performances by voice, guitar, piano and instrumental students.

The next performance of the series, which features piano students, will take place Tuesday, March 12 in the Recital Hall of the FirstOntario Performing Arts Centre, and will be followed by additional student performances on consecutive Tuesdays.

Brock’s instrumental students will close out the season on April 9. This performance was rescheduled from Feb. 12 due to inclement weather.

Thanks to the generous donation of the RBC Foundation, Music@Noon is a free one-hour concert that occurs most Tuesdays at noon during the academic year. All are invited to join the Department of Music in the Recital Hall of the FirstOntario Performing Arts Centre in downtown St. Catharines.

For more information on upcoming concerts, please visit the Department of Music Website.