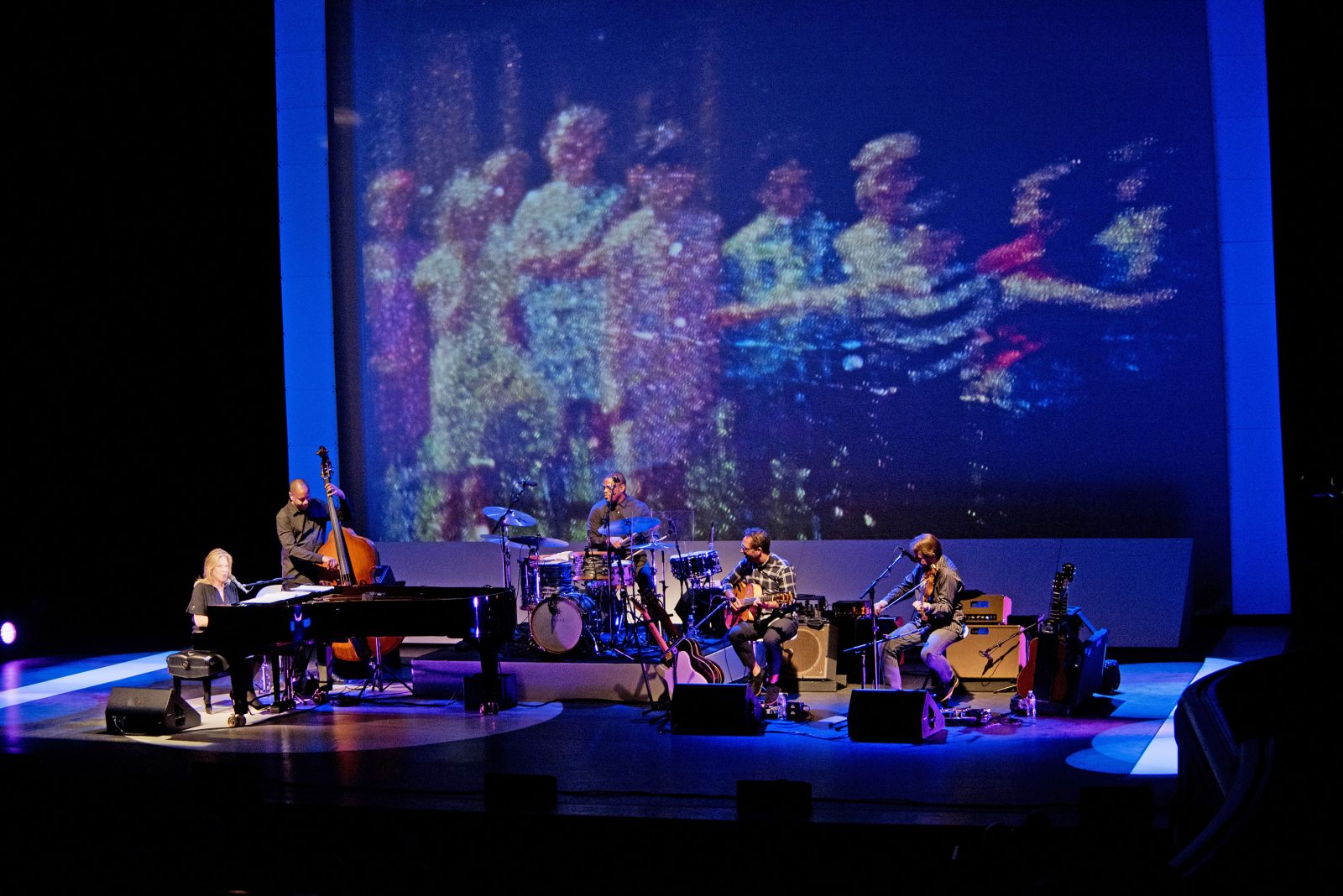 The artwork of Brock Fine Arts Assistant Professor Amy Friend is being featured on the international tour of renowned Canadian musician Diana Krall.

When the e-mail popped into Amy Friend’s inbox, she was certain it couldn’t be real.

But a feeling inside prompted the Brock Fine Arts assistant professor to respond to the inquiry, which asked about her artwork and whether she’d consider collaborating with renowned Canadian musician Diana Krall.

It was soon after that Friend found herself on the phone with the Grammy Award winner discussing possibilities for her upcoming tour.

Friend’s experimental photography has since helped Krall to set the scene on stage, acting as her backdrop as she captivates crowds in venues across North America and Europe. 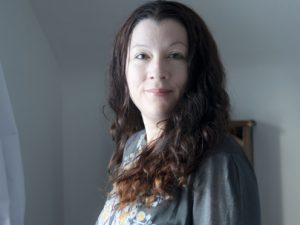 Friend’s work has been featured on the jazz singer’s international tour since June and the partnership is expected to continue through to the summer.

The project, which includes art pieces from three different bodies of work, has been “particularly fulfilling,” Friend said.

She has enjoyed the challenge of working with Krall to find pieces that fit the mood and message of individual songs, while also complementing the title of the tour and Krall’s most recent album, Turn Up the Quiet.

“It’s about trying to respect your own work, while also seeing how you can accommodate a vision that will fit within the repertoire they’re working with,” she said.

Friend is currently working to select new pieces for Krall’s Canadian tour dates, including a Nov. 24 show at Massey Hall in Toronto that she plans to attend.

“I’m looking forward to seeing her perform and to seeing my work filling the stage in a concert hall where I have heard musicians like Johnny Cash, Tom Waits and Nick Cave perform,” she said.

Krall’s latest repertoire will include a cover of Bob Dylan’s Simple Twist of Fate, which Friend is particularly excited to find a piece to accompany.

“Much of my work revolves around ideas of memory, impermanence, history and time,” said Friend, who has worked at Brock for the past decade. “I am less concerned with capturing a ‘concrete’ reality. Instead, I aim to use photography as a medium that offers the possibility of exploring the relationship between what is visible and non-visible.”

Work featured on the tour includes hand-manipulated photographs, pieces featuring floating handkerchiefs once belonging to Friend’s grandparents, and artwork inspired by snippets of film from her childhood.

Over the past few months, Friend and Krall have shared many inspiring conversations about family, creativity and women in the arts.

“She has been so great to work with, you could almost forget her status in the music world,” Friend said.

Krall often emphasized the need to respect Friend’s work and always checks in with the artist to ensure she’s pleased with the end results of each tour stop.

Friend called it “refreshing” to be able to engage with other artists.

“It exposes you to experiences that have commonalities and, at times, interesting variances,” she said. “It’s also wonderful to see how my work found a place to exist far beyond my initial intentions.”

The team responsible for the on-stage initiative also included Judy Jacob, a video and visual content director, and Paul Normandale, a lighting designer, who Friend said “took the project to the next level.”

In addition to her work with the tour, Friend has been busy over the past year with international exhibitions in Spain, Korea, Poland, Portugal and France. She has shows coming up in Boston and Italy and plans to release a new book in the near future. 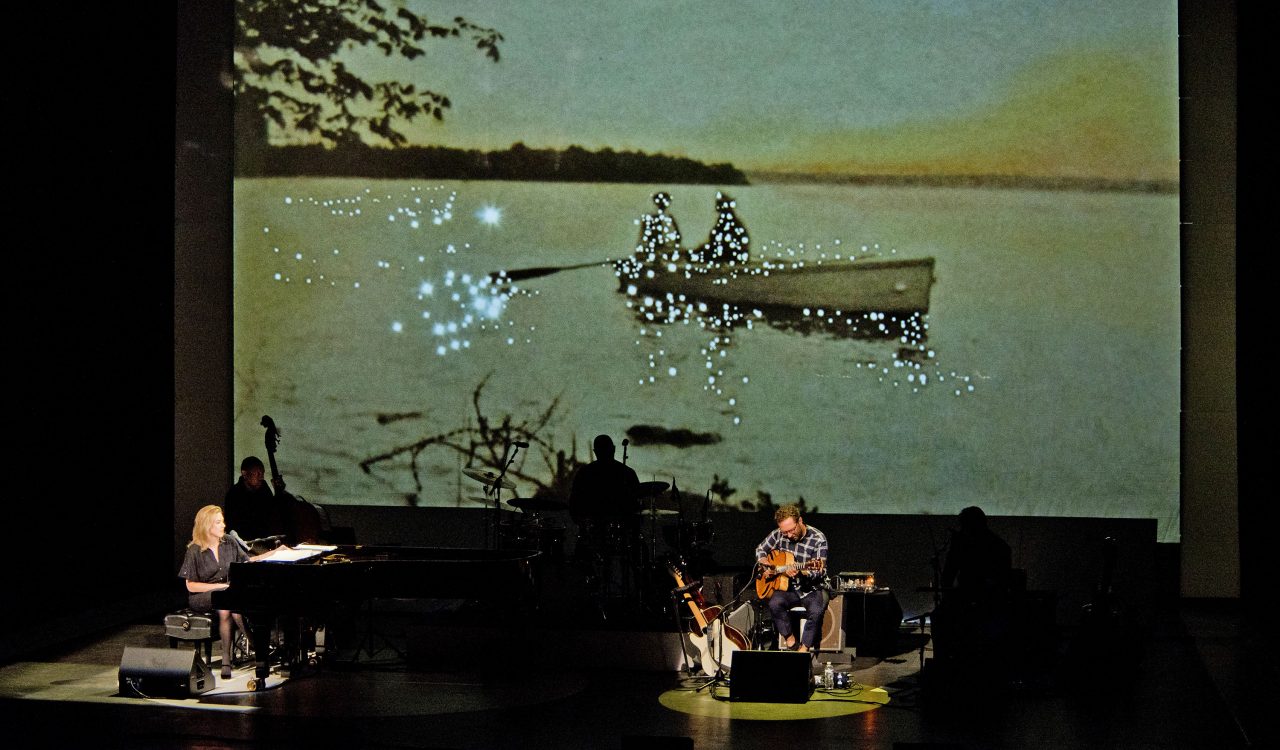 The artwork of Brock Fine Arts Assistant Professor Amy Friend is being featured on the international tour of renowned Canadian musician Diana Krall.