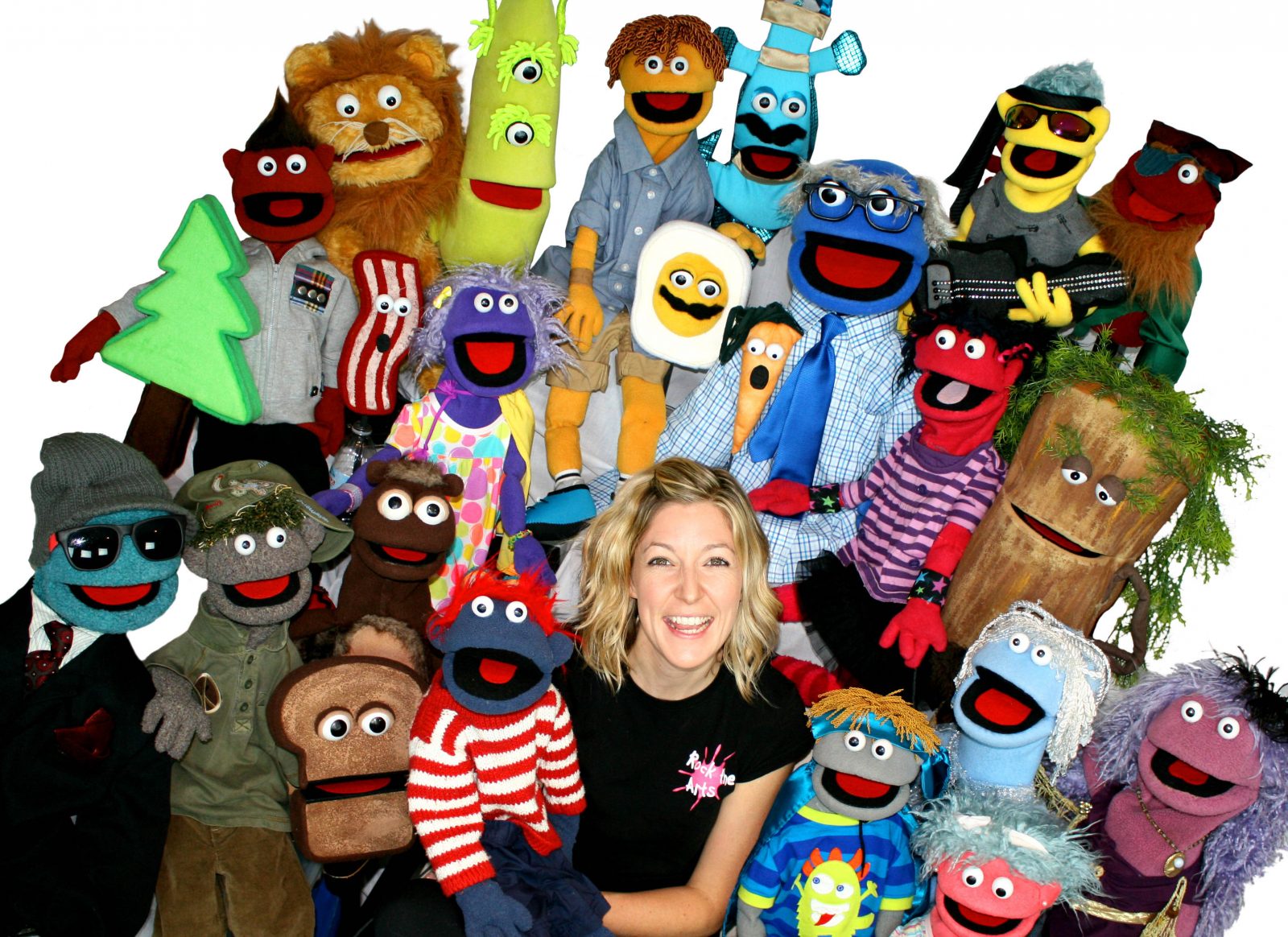 Brock alumna and puppeteer Sarah Argue will be giving a talk about her business at the Marilyn I. Walker School of Fine and Performing Arts on Friday, Sept. 15, before being honoured at the Alumni Recognition Reception on Saturday, Sept. 16 as part of Homecoming weekend.

With a little felt and a lot of talent, Sarah Argue (BA ’06) has created a career for herself in the world of puppetry.

Through her business, Rock the Arts, the Brock dramatic arts alumna has been touring across Canada with her crew of unique characters sharing shows about compassion, enjoying the little things in life and the power of choice.

She will return to her alma mater Friday, Sept. 15 to share insight into her professional puppet company. The presentation will take place at 1 p.m. in Studio A of the Marilyn I. Walker School of Fine and Performing Arts. All members of the Brock community are invited to attend.

Argue is in town to receive the Faculty of Humanities Distinguished Graduate Award, to be presented on Saturday, Sept. 16 during the Alumni Recognition Reception held as part of Brock’s Homecoming weekend.

It has been seven years since Argue launched her successful business after quitting what she described as a “normal job” — working as a program co-ordinator for the City of Ottawa — to pursue her passion.

She taught herself how to make the felt creations and began taking her show on the road.

Argue now has a roster of 80 puppets that she uses to perform shows in schools, libraries and theatres. She has also produced a children’s CD and currently has multiple projects on the go, including a film, children’s book and book to support other artists wanting to build their own careers.

Argue credits the diverse theatre experience she received at Brock — where she performed in The Crucible and directed a Norm Foster play, among other productions — for preparing her for the stage.

Her time as an undergrad had her touch on lighting, acting, directing and costuming — all beneficial to her career. That experience gave her the confidence to walk into any theatre and comfortably speak to the techs in charge about how her show is set up.

Argue’s love for creating puppets is matched only by the experience of giving them a voice and watching them evolve into life-like characters.

Turning her passion into a business hasn’t always been easy, but Argue has relied on the support of other artists. Puppeteer Noreen Young, from Under the Umbrella Tree, has been a mentor to Argue, helping her learn how to pitch to networks and encouraging her to keep going when times get tough.

Workshops with puppeteer Trish Leeper of Muppets fame have introduced Argue to the idea of puppetry on camera, guiding her toward more film work, including the #IHopeFor awareness campaign for childhood cancer.

“You need a lot of support from other artists to keep going,” Argue said, while expressing her desire to pay that sentiment forward.

Carol Merriam, Dean of the Faculty of Humanities, said the Faculty is pleased to recognize Argue with the Distinguished Graduate award.

“The skills that she learned in her studies in dramatic arts and the creativity, enthusiasm and drive that were fostered at Brock have led her to create her own niche,” she said. “Hers is the kind of success we hope and expect from graduates of Brock.”