Brock University Marilyn I. Walker School of Fine and Performing Arts News Teutloff loved art — and how it looked on Brock’s campus
Share

Teutloff loved art — and how it looked on Brock’s campus 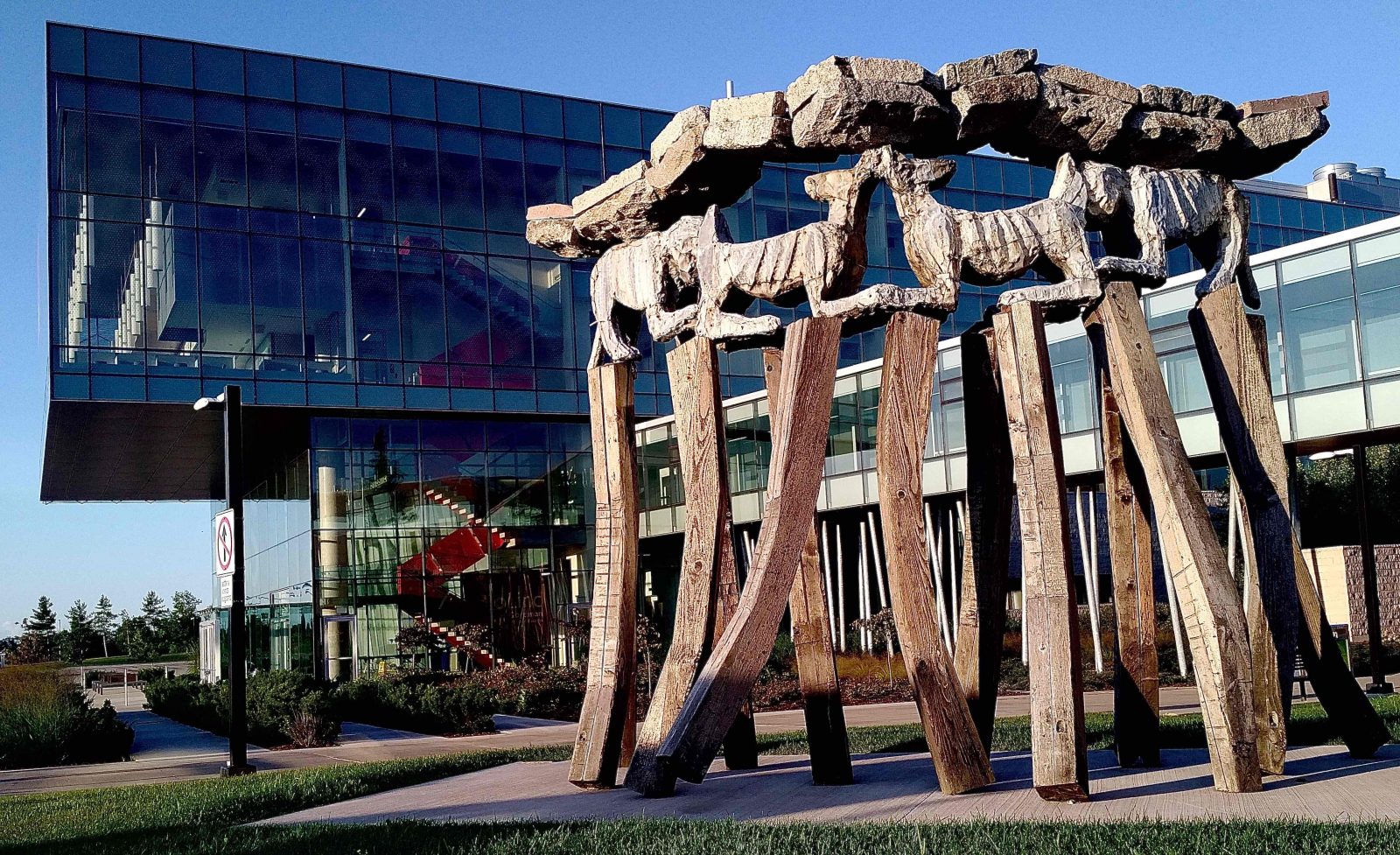 Pathfinder: In 1990, The Path of Possibilities was installed at Brock, the first sculpture of what would become the Teutloff Collection.

This article was originally published by Kevin Cavanagh in the Brock News on Friday, August 25, 2017.

Lutz Teutloff made his mark on Brock University’s landscape like few others have ever done.

The philanthropist and art collector died in Germany this month at the age of 79, leaving a remarkable legacy that included populating the Brock campus with major pieces of contemporary sculpture that today are landmarks as familiar as the Schmon Tower. 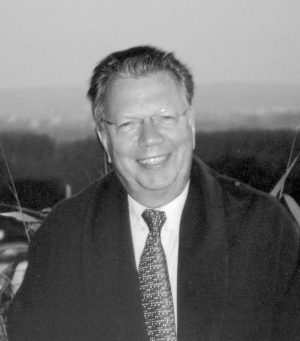 Lutz Teutloff in 1990: He saw Brock’s campus as an ideal place to display public sculptures.

The Teutloff Collection is 12 art pieces that made their way to Brock during the 1990s, works owned by Teutloff but created by such international artists as Ilan Averbuch, Buky Schawrtz, Pit Kroke, Fabrizio Plessi, Grimsby resident Reinhard Reitzenstein and others.

The artwork’s destiny for Brock can be traced to a campus tour that Teutloff had with then-president Terry White in 1988. Teutloff, who had homes in Germany and in Niagara-on-the-Lake, thought the campus’s natural setting was an excellent showcase for strong artwork. They worked out a plan in which Teutloff and his wife Hannelore would loan sculptures that the young University could put on public display.

The first piece arrived in 1990, when Averbuch’s The Path of Possibilities was installed in front of Schmon Tower. In 2015 it was moved to its present site near the busy pedestrian mall between Cairns Research Complex and Chown D Block.

Other pieces followed, two of the most high-profile being Kroke’s Gran Golar, placed in the traffic circle of University Road East; and Averbuch’s She Wolf, the huge copper sculpture that resides in Isaac Brock Circle, and which has enjoyed a special status with many students over the years.

In 1997, Hannelore Teutloff told Brock’s Collections Coordinator, Lesley Bell, that the idea for the Brock collection started in 1987, when her husband acquired Path of Possibilities at the Chicago Art Fair. 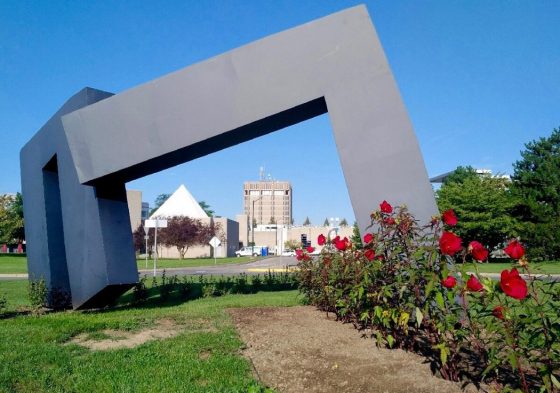 “He was fascinated by the expression of this work,” said Hannelore, “but had no place for the work at that time. That same year he met former President Terry White who toured him through the Brock campus. Lutz was fascinated from the power and engagement behind Brock, and the different nations of the students impressed him. So Lutz asked Terry White and later, (White’s successor) President David Atkinson …. who was thrilled to bring Ilan’s work in front of the Schmon Tower. So it started – very pragmatic.”

The Teutloffs chose works specifically for a student audience, and when Lutz Teutloff received an Honorary Doctorate from Brock in 2003, he told the Convocation audience that Path of Possibilities “signals the possibilities open to you who are studying here, the opportunities and privilege you should make the most of.”

“It was Mr. Teutloff’s penchant for sculpture that drew him to Brock,” said Knight.  “He saw the potential of the University environs, its broad green spaces and pedestrian concourses, as an ideal context in which to display a collection of public sculpture. To the University’s credit, it was a willing partner in bringing a dozen unique works of contemporary art to Niagara. It is a cultural legacy that Mr. Teutloff intended us to enjoy in perpetuity.”

Born in Berlin in 1938, Teutloff had been a successful fashion entrepreneur, enabling him to pursue his passion for art. He eventually left fashion behind, accumulated pieces by artists and photographers around the world, and opened galleries in Cologne and in the German town of Bielefeld-Theesen.

In reporting Teutloff’s death this summer, the website Neue Westfalische noted that (translated from German), “In his ‘second home’ Canada, he donated 12 sculptures from renowned artists to Brock University, Ontario.”

The Brock sculptures were originally installed on loan, but in 2008 the University began a process to acquire the works permanently. They now belong to Brock.

The artists, works and current locations for the complete Teutloff Collection are: