Acclaim keeps coming for design of Marilyn I. Walker School 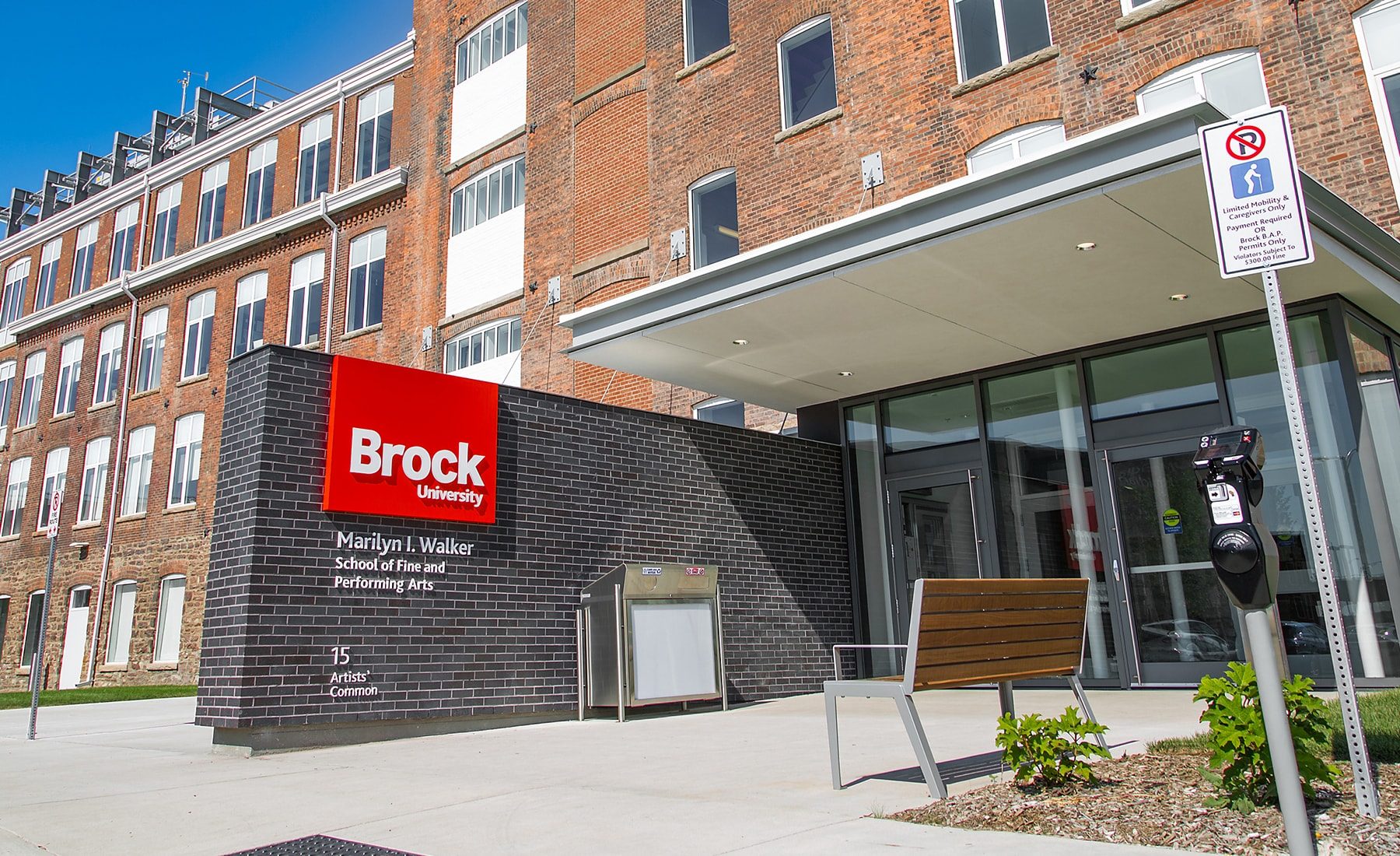 An American design journal is the latest admirer to bestow an architecture award on Brock University’s Marilyn I. Walker School of Fine and Performing Arts in downtown St. Catharines.

Designed by world-renowned Diamond Schmitt Architects, the Walker School’s striking blend of new construction and restored 19th-century industrial buildings has been turning heads and spurring acclaim — from juries and from area residents — since the $45-million complex opened just over a year ago.

Last month the Walker School project won a national Cornerstone Award from the National Trust for Canada, which recognizes extraordinary restoration projects.  Earlier in the year it received the Niagara Community Design Award in the adaptive re-use category.

Now the Walker School has received a silver medal in the 2016 Reconstruction Awards from Building Design and Construction Magazine. For more than three decades, the Chicago-based magazine has given annual awards to honour leading North American projects in terms of renovation, adaptive re-use and preservation work.

The challenging Walker School project included the restoration of an old textile mill into a beautifully repurposed complex of teaching and learning spaces for disciplines from fine art to photography, music and dramatic arts.

“The five-story brick-and-beam structure is an adaptive reuse of the Canada Hair Cloth Building, where coat linings and parachute silks were once made,” states the magazine’s announcement. “Diamond Schmitt Architects led the repurposing of the original 1888 structure and the design of a 35,000-sf addition that supports a new 280-seat studio theatre.

“The project consolidates the university’s fine and performing arts facilities in a single downtown location for 500 students. All work had to meet the university’s strict Facility Accessibility Design Standards. A former raceway water channel for the looms was preserved as a pedestrian path. The contractor (the aptly named Bird Construction) even made sure not to disturb the chimney swifts that were nesting in the old factory.”

The Walker School shares the silver designation with other marquee projects including Lovejoy Wharf in Boston, the Bay Area Metro Center in San Francisco and the structural refitting of New York’s famous St. Patrick’s Cathedral.