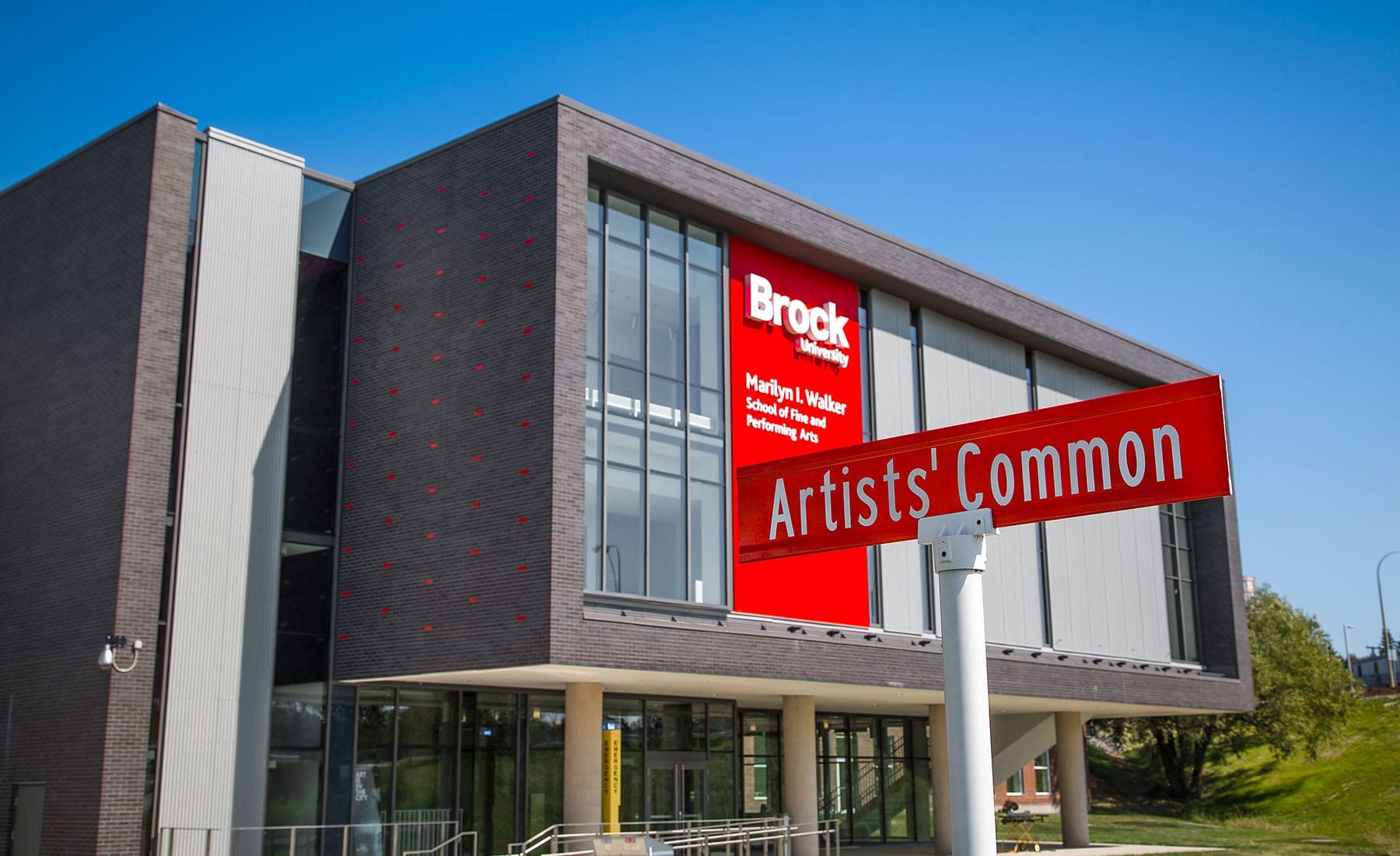 The Marilyn I. Walker School of Fine and Performing Arts was honoured with one of five National Trust for Canada national Cornerstone Awards for building restoration! Read more about it at Niagara This Week.

The National Trust noted the Marilyn I. Walker centre’s transformation of the old hair cloth factory dating back to 1888 — along with a 35,000 square-foot addition — is a “key element” of the broader downtown revitalization plan and was done while retaining many elements of the historic building’s interior such as wooden floor beams, metal columns and stone and masonry walls.

Scott Roper, project manager for Brock, said in the university’s Brock Press publication that Brock had “utter success” in creating a stand-out academic entity while being a trigger for the social, economic and urban revitalization of downtown St. Catharines.

“While Brock has constructed several substantial buildings over the past two decades, the creation of the Marilyn Walker School represented a bold step into the downtown, integration with the surrounding community, and into the unfamiliar area of adaptive re-use,” Roper said.