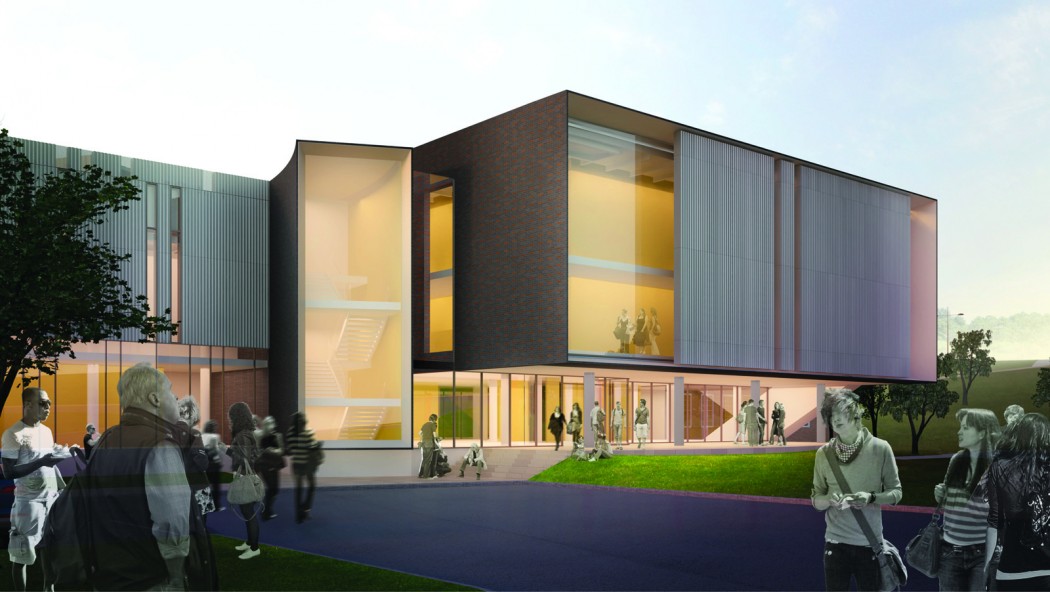 (Source: The Brock News, Friday, January 18, 2013 | by Tiffany Mayer. Photo: An artist’s rendering of the Marilyn I. Walker School for the Fine and Performing Arts)

Activity at the site of the old Canada Hair Cloth textile mill at 198 St. Paul Street is expected to start the week of Jan. 21, 2013, with site preparations beginning in early February.

A groundbreaking ceremony to mark the official start of the project is expected to take place mid-February.

The new facility will put about 500 students, faculty and staff into the city’s downtown when it relocates from Brock’s main campus. The new school will be adjacent to a new Performing Arts Centre and Spectator Facility, which are being built by the City of St. Catharines.