Over his 32-year career at Brock, Dr. Cheel has made an amazing impact on the learning experiences of those who have attended the University.

His contributions to teaching are many and varied. From the development of teaching and learning policy to program and curriculum development to course delivery, his work has helped the Faculty in its pursuit of inspiring the next generation of scientific leaders.

Dr. Cheel is always looking for ways to improve the learning experience and has done so by creating a wide variety of no cost, high quality online instructional materials. In addition, he has received high praise from students for his for his continuous support in helping them understand course material.

His work has earned him invites to conduct research in France at one of the world’s top three institutes in mathematics as well as opportunities to speak at the prestigious Banff International Research Station.

In the last six years, Alexander has co-authored five papers with two of the very best in the field of Integrable Systems. While at Brock, Alexander has been active in supervising graduate and undergraduate students. His most recent supervision led to the publication of a joint paper by Alex and a MSc student.

During a trying time for the Department of Computer Science, Donna showed immense selflessness and provided exceptional service.

Early in 2018, Donna added to her workload as Administrative Assistant by taking on the responsibilities of the Coordinator, Student Support. This involved taking on the significant task of learning the requirements of the department’s various programs, finding common solutions to problems students encounter and developing a network of those within the University who could provide support. All of this taking place at a time when the department received a record number of new undergraduate students.

It is not uncommon for Donna to put in extra hours or discuss work matters late into the night to ensure things get done on time. She is the definition of a team player. Her dedication and dependability make her a fitting recipient for this award.

Since starting at Brock, Steve has never missed an opportunity to represent his department at the Ontario University Fair, Fall Preview Day, or Open House. On top of these events, Steve also delivers many lab demonstrations for high school students throughout the year.

He never turns down a request to meet with prospective students and he is always eager to lead these sessions. After completing a lab activity with Steve, the students leave with a new understanding of what it’s like to be a science student at Brock. Steve has also been on the Scientifically Yours Committee since his arrival at Brock, and facilitates workshops for the conference attendees over their two days on campus.

His dedication to the promotion of the OEVI program, and science education is praiseworthy.

Paul Zelisko’s dedication to recruitment has been ongoing for more than a decade. He has traveled to several universities in the Maritimes to communicate the research activities at Brock and to recruit new graduate students.

He has also been the sole organizer for Brock Chemistry’s participation in the annual Chemistry Graduate Student Recruitment Fair held at McMaster University. This fair is attended by universities from across Canada as they each make their pitch to attract Ontario’s best students. Paul has consistently brought the Chemistry department’s most recent activities and accolades to this event and each year returns with student contacts specific to each of our researchers, as well as news from departments across the country. Several students have come to Brock as a result of Paul’s efforts.

In addition to recruitment, he is also the author and publisher of our Department Newsletter which he distributes to students, visitors and wherever his professional travels take him.

It is hard to imagine the Department of Computer Science without David Hughes.

He began his career with the department in 1978, just a short time after the department was founded. Over 40 years later, he has taught countless students and in several cases more than one generation of the same family.

Throughout his time at Brock, David has taken on a number of roles and provided quality service to his department. This includes his current role as Chair of the department’s Undergraduate Curriculum Committee, holding the title of Chair/Acting Chair of the department on three separate occasions,  designing specialized degrees with partner departments and institutions (such as GAME; Computing and Business; Computing and Network Communication; the Co-op COSC program, COSC Honours streams and combined major programs).

David has also been a member of the Senate and was BUFA President during a critical time of intensive contract negotiations which ended with a successful agreement. Needless to say, the University has been extremely fortunate to have an individual like David.

Beulah Alexander’s time at Brock began in 1986 with the Faculty of Education.

From there she transitioned into a role working in the Office of the Registrar before finding her permanent home at Brock with the Faculty of Math and Science in 2001. Beulah had been selected for the position of Bookkeeper/Administrative Assistant in the Department of Biological Sciences. As time progressed, Beulah continued to take on more responsibility. This includes taking on the administrative duties for the Center for Neuroscience and bookkeeping work for the Faculty’s Technical Services department.

In 2007, Beulah’s position was converted to Financial and Administrative Assistant, Special Programs and she continued to thrive as her work became more complex and demanding. This led to her becoming the Faculty’s first “Graduate Officer”. In this role, Beulah has coordinated graduate students and been the primary link between the Faculty of Graduate Studies and FMS.

In addition to her work within the Faculty, Beulah is also a former member of Brock’s Board of Trustees. This past December, Beulah retired after 32 years but has returned on contract to help in the transition phase for her successor.

Peter Barclay’s story at Brock is one that stretches over half a century.

Brock was just in its infancy when Peter started here as a mere 700 students were attending the University at the time. Peter first started working at Brock in 1968 as an assistant storekeeper in the Department of Chemistry. He was later granted an internal transfer and took the official title of “Senior Store keeper” for the Earth Sciences department. In this role he had responsibility for all departmental equipment and took on the designation of key master amongst countless other duties that arose over the years.

For 50 years, he managed the departmental purchases and accounts and provided input on financial matters. He also performed the same role for Tech Services for many years. Peter was always dependable and was often relied upon to help his colleagues in finding the solutions to their problems.

This past November, Peter retired and etched his name in Brock’s history books as the first employee to reach 50 years of service at the University.

Jacinta’s passion for her field is seen through her interest in student success.

Her involvement with Lab Skills Plus is a prime example of this. This program designed by Jacinta and her colleague, Gail Higenell, offers tutorials on a multitude of laboratory techniques that are taught through readings, quizzes and most importantly hands-on learning. Jacinta is incredibly passionate about this program and has fought to keep it funded so that students can benefit from it. She feels that “as long as it can help one student gain confidence and help them in their future, then it’s worth it.”

She genuinely cares about her students, their preparedness for the world once they graduate, and their well-being. Many of her students see her as a motherly figure. Jacinta goes above knowing what kind of student you are, but what kind of person you are. She is attentive and caring and will provide guidance to whoever is in need.

Dorina has brought her boundless energy and enthusiasm to the Department of Biological Sciences.

She has been critical in the successful implementation of a wide range of endeavours that have fostered and grown the department’s reach in experiential education. This includes playing a pivotal role in the introduction of BIOL 1P96. This course provides students with many basic lab skills and important statistical analysis skills that will help them throughout their time in school.

She has also been an active supporter of the Lab Skills Plus Program which provides students with an opportunity to identify, practice and document valuable laboratory skills. The Scientifically Yours program has also benefited from Dorina’s creative and interactive labs that proved to be very popular amongst high school students.

The recipient of this award is a Faculty or Staff member that has exhibited a passion for math and science education and has gone above and beyond the requirements of their profession, striving for student success.

This year’s recipient has always put student education at the forefront of her work at Brock University as both a senior lab demonstrator and as a professor. Completing both her Bachelor of Science and Doctorate degrees at Brock Unversity, the council believes that Dr. Lepp’s experience has helped her reach out to students and provide aid for their studies as well as offer advice for aspects that may be affecting their studies.

Faculty Awards for Excellence in Teaching 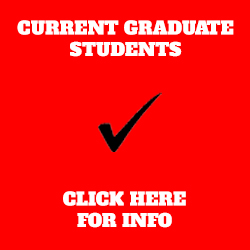