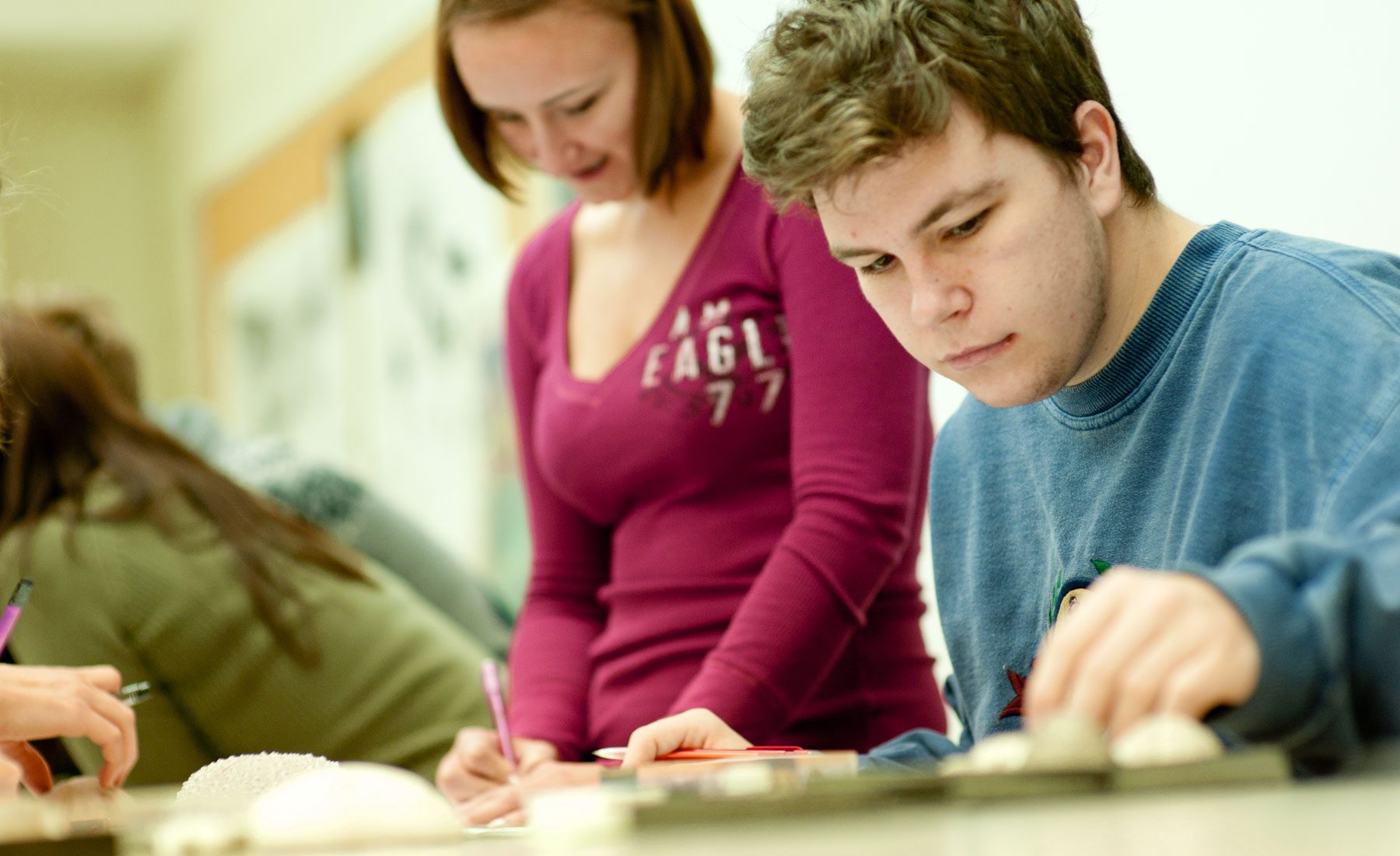 Founded three years after Brock University was formed, the Department of Earth Sciences now has ten faculty members with a wide variety of research and teaching interests.

The Geology Department at Brock University was founded in 1967 during the early formative phase of the university when the original Department of Geography was subdivided. At that time, Prof. E. Mirynech, in his capacity as acting departmental chairman, organized the future academic Program, and proceeded with acquisition of new staff. Most of the new faculty was drawn primarily from the Geological Survey of Canada, of which Prof. Mirynech (geomorphology) was a former member. The original faculty compliment, which arrived from the Survey between 1968 and 1971, included Profs. J. Terasmae (palynology), R. T. Bell (structural geology), B. A. Liberty (stratigraphy and paleontology), A. Lissey (groundwater and engineering geology), and J. A. C. Fortesque (geochemistry), together with Profs. P. A. Peach (petrology), from the University of Toronto, and J. J. Flint (surface hydrology) and W. T. Jolly (igneous and metamorphic petrology), both from the State University of New York at Binghamton. In 1970, J. Terasmae was appointed the Departmental Chairman.

The initial emphasis in the department was the field of Quaternary Sciences, including glacial geology, palynology, and surface and groundwater geology, and at that time the Department was renamed the Department of Geological sciences. The Graduate Program, which initially concentrated in the broad field of Quaternary Geology, began in 1972 and was gradually expanded to include other fields in which faculty had expertise. In 1978, Prof. M. J. Kennedy (structural geology and tectonics), from the Memorial University of Newfoundland, joined the department and guided it through the tumultuous geological “boom” years of the early 1980s, during which time the Department had the largest university undergraduate enrolment in the Province of Ontario. New staff members from this period included S. J. Haynes (economic geology) U. Brand (geochemistry and paleontology), G. A. Finn (metamorphic petrology), and R. C. Cheel (sedimentology).

Graduation on Pond Inlet, Northwest Territories, on the 30th May 1972, and the only time the Department was featured in Time magazine! Three of the Department’s final-year undergraduates (Kenneth Blewett, Bryan Schreiner and Conrad Wayne Jesseau) were unable to graduate in person at Brock that year because they were assisting Prof. Jaan Terasmae with studies of sea-ice in the Arctic. As a compromise, they received their degrees in Pond Inlet, NWT. Wayne Jesseau is shown receiving his degree from Mr. Michael Moore, the Assistant Regional Director of the Council of the Northwest Territories who was specially deputized as Pro-Chancellor by Brock University. Prof. Terasmae is standing behind Wayne Jesseau, the Rev. L. Dexter (Chaplain) stands in the background, and a smiling RCMP officer looks on. This is the first time a Canadian graduation ceremony had been conducted north of the Arctic circle. Mr. Jean Chrétien, then Minister of Indian Affairs and Northern Development, sent the Department a message of congratulations.

In 1978, Prof. M. J. Kennedy (structural geology and tectonics), from the Memorial University of Newfoundland, joined the department and guided it through the tumultuous geological “boom” years of the early 1980s, during which time the Department had the largest university undergraduate enrolment in the Province of Ontario. New staff members from this period included S. J. Haynes (economic geology) U. Brand (geochemistry and paleontology), G. A. Finn (metamorphic petrology), and R. C. Cheel (sedimentology).

Professor Terasmae FRSC retired in 1990, and was replaced by F. McCarthy (palynology), who continued to elaborate the Quaternary theme. In 1992, the department was renamed the Department of Earth Sciences, and was reorganized to absorb three physical geographers, K. Tinkler, J. Menzies, and D. McCarthy, from the Geography Department. In 2005, the Quaternary group was joined by M. J. Head (marine palynology) from the University of Cambridge, establishing Brock as a major centre for palynology in North America. This brought the total faculty to ten. Presently, an institute for Quaternary geology is being developed as an integral part of the Department.