Book about glacial past sheds light on the planet’s future 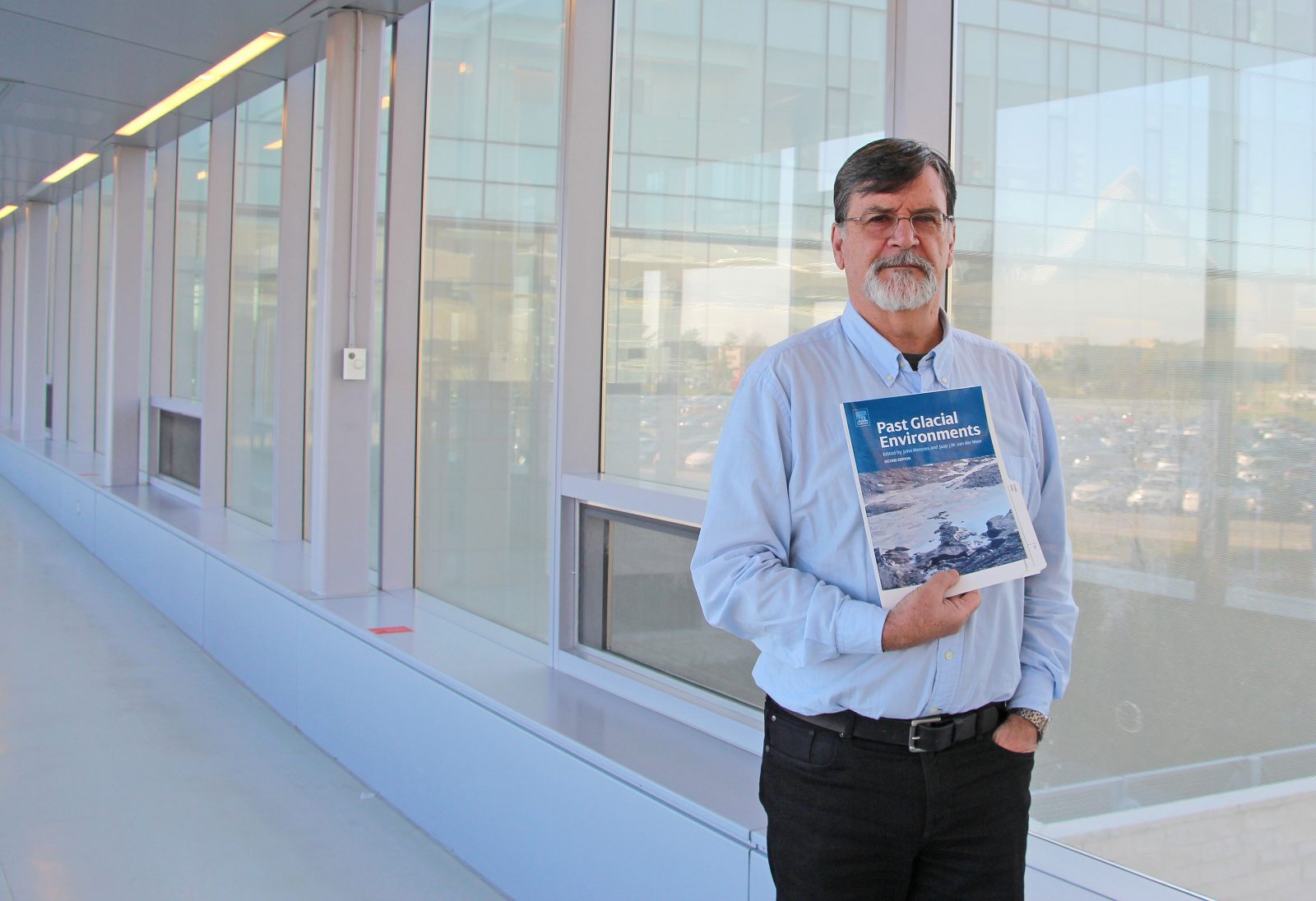 With an influx of natural disasters recently making headlines, the topics of climate change and global warming are as pressing as ever.

Past glacial environments and the critical insight they provide into the planet’s future are at the centre of John Menzies’ latest book.

The professor of Earth Sciences and Geography has completely revamped Past Glacial Environments, a book he initially released in 1996.

While it shares the same name as the original edition, the latest publication has undergone a complete rewrite and has been updated to include a large collection of colourful photographs, diagrams and tables.

It includes contributions from geological experts from around the world, including Canada, the Netherlands, Iceland, France, New Zealand, Saudi Arabia, the U.K, the U.S., Germany and Norway.

The book aims to “to cover the most relevant glacial sedimentary environments and techniques to provide the current generation of geoscience, sedimentology, environmental science, glaciology and ice modelling students with an up-to-date overview and prepare them in the best possible way for the study of past glacial environments.”

Menzies hopes the book “highlights the fundamental issue pertaining to glacial environments and how they reflect climate change and global warming.”

“One of the first indicators of global warming is sea level rise and glacier and ice sheet melting,” he says. “A huge symptom of climate change is fluctuating glacial conditions, as evidenced by Antarctic ice shelves breaking up and valley glaciers in the Rockies retreating. What happens underneath the ice is very relevant to these events — more so than many people understand.”

“We realized we were doing the exact same kind of research work and jumped at the chance to work together,” Menzies says of their first encounter decades ago.

Menzies’ lifelong research centres on glacial geology and sedimentology, examining the sediments left behind by ice sheets and glaciers, with special focus on subglacial sediments and landforms.

“At least 99 per cent of Canada is covered by these subglacial sediments,” Menzies says. “Many aspects of life in Canada are affected by these sediments, whether it be agriculture, engineering projects or the storage of nuclear waste to a depth far enough underground to be left secure once the next ‘Ice Age’ returns.”

Past Glacial Environments — published by Elsevier, one of the world’s major providers of scientific technical and medical information — was released Dec. 5 and is available on Amazon.