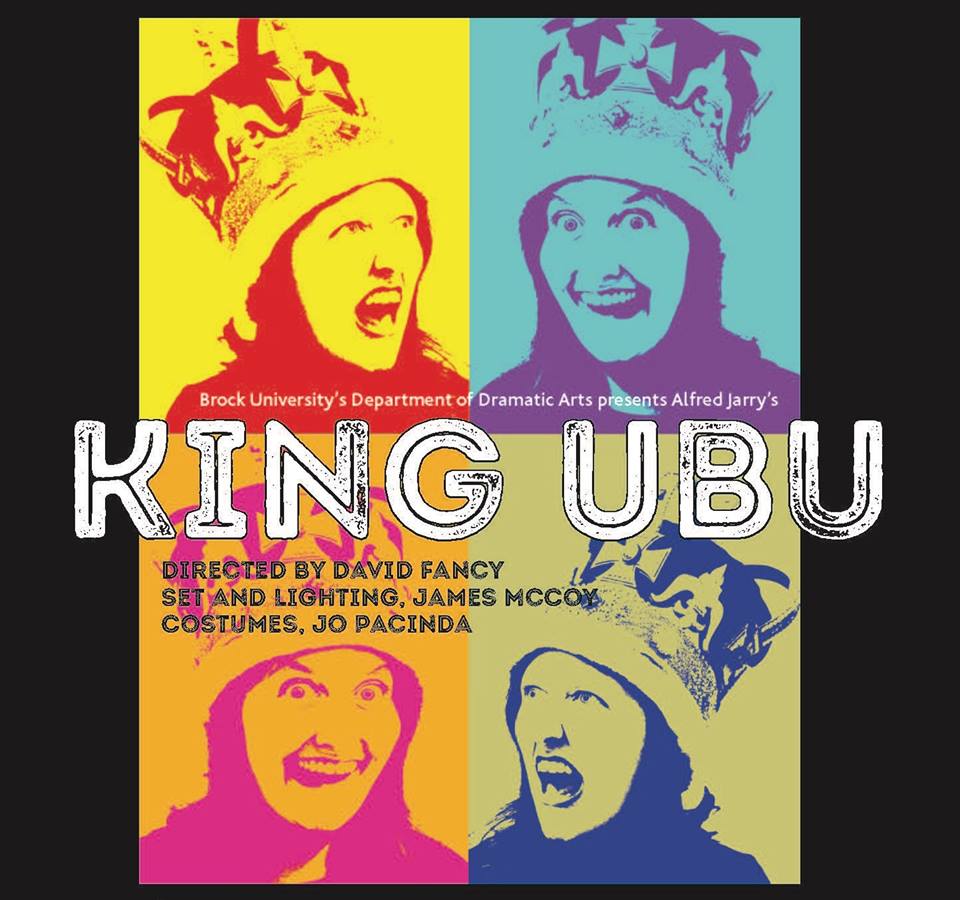 Win one of two pairs of tickets to see King Ubu at the Marilyn I. Walker School of Fine and Performing Arts.

Alfred Jarry’s controversial classic King Ubu will bring audiences face-to-face with the absurdity of modern life at Brock University’s Marilyn I. Walker Theatre. Presented by Brock’s Department of Dramatic Arts (DART), the show is an avant-garde and hilarious commentary on human folly and the dangers of unchecked political ambition.

Please note: Transportation to and from the performance is not included.

The winners will be announced on March 7th by 4 p.m, and will be able to choose a preferred showtime on March 8 or 9.