Abstract: In January 1649, the public execution of Charles Stuart (Charles I of England) and the abolishment of the English monarchy resulted in an explosion of debate through print. With the subsequent institution of a republican government, many texts published after Charles I’s death functioned as textual residues of the monarchy and produced conflicting representations of Charles I as a martyr, hero, and villain. By examining the king’s book, Eikon Basilike, in conjunction with Royalist and Parliamentarian print responses to the regicide and the Eikon itself, this dissertation proposes a reconceptualization of existing understandings of agency in texts and the ability of texts to “do things” from a post-humanist perspective. Through an application of psychoanalysis and trauma theory, I investigate the complex intersections and relationships amongst texts, authors, and reading publics to understand how texts published during the English Civil War served as vehicles for the manifestation, negotiation, and transference of socio-political power during the Interregnum and early Restoration (1649-1663). 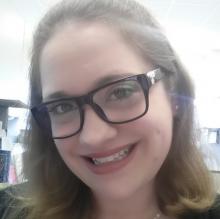 You can find information on my current work on my Academia page.