Thesis: Mediated Masculinities: The Expression and Alteration of Masculinity in Hollywood Cinema, 1990-2010

Abstract: This dissertation seeks to rethink the relations between masculinities and genre film through the intersections of cinema and philosophy. Embracing theories of affect as well as the philosophies of immanence – specifically the work of Deleuze and Spinoza – I conceptualize a theoretical challenge to current trends within the field of gender and cinema studies, which tends to focus on the representations of characters and narratives as opposed to the expressions of cinematic form. To foreground cinematic form as expressive, I build a theory of expression by countering psychoanalytic and cognitive theories of spectatorship with theories of affect. However, I do not embrace the entire discourse of cinematic affect and I use Eugenie Brinkema’s recent critique of theories of affect in dialogue with the work of David Bordwell to counter aspects of cinematic affect that are, in many ways, another version of spectatorship theory. Then, by relying on emerging work in the field of film philosophy – specifically the work of Eugenie Brinkema, D. N. Rodowick, and Elena del Río – I devise a methodology that views cinematic images as having the capacities to express new masculine subjectivities and to generate new concepts to rethink and reimagine masculinities for our futures yet to come. To unfold this project, I map my theoretical claims by reading of a selection of American genre films from the 1990s and 2000s. I focus on the 1990s and the 2000s because this was a period that saw the development of a masculine crisis narrative, which impacted the fields of cinema studies as well as masculinities studies. In response to this crisis narrative, cinema studies scholars identified the emergence of the masculine crisis film as a cinematic response to issues at the core of this socio-cultural crisis. While cinema and gender scholars have worked to reject the idea that there is a crisis of masculinity, it still marks an important socio-cultural moment as well as a source of much debate within scholarship. Therefore, my dissertation returns to masculine crisis films as a potential film genre through two other traditionally masculine film genres – the Western and the war film – to devise concepts that can open up new thinking about masculine subjectivities from nonidentitarian perspectives. This involves an engagement with the generic conventions and film style of each genre as a means of augmenting an approach to popular cinema that recognizes popular genres as having the potentiality to be aesthetically expressive and, consequently, more than mere representations. In an interdisciplinary approach, I then put important texts from the field of masculinities studies – including the work of Robert Bly, Michael Kimmel, and R. W. Connell – into dialogue with a cinema studies discourse as a means of addressing a gap between the two fields. This allows me to focus on core themes identified by both masculinities studies and cinema studies, which include violence, wilderness, authenticity, individuality, self-made masculinity, hypermasculinity, and emasculation. Therefore, reading Westerns, war films, and masculine crisis films in terms of their expression of masculinities in the 1990s and the 2000s, I map a new capacity through cinematic expression for thinking what masculinities can do in relation to contemporary men, people, communities, and moreover the world.

“Conceptualizing an Ethology of Masculinities: Do We Know What Masculinities Can Do?” Men and Masculinities. Paper published first online, 2 Jun. 2016. Forthcoming.

“Towards an Interrogation of Masculinity’s Commodification: Deleuze’s Control Society & The Big Lebowski.” Masculinities: A Journal of Identity and Culture. 2 (Aug. 2014): 149-170. 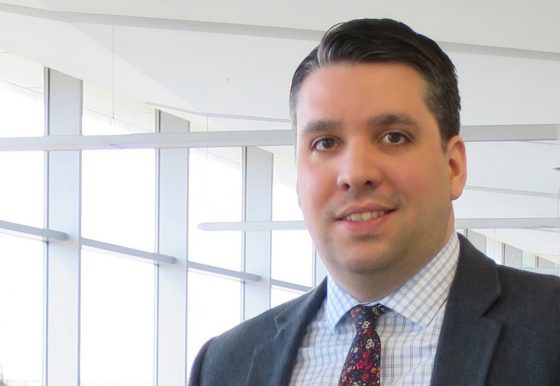 I was also a co-organizer for the Thinking Through Deleuze conference.