The Centre for Medieval and Renaissance Studies assisted with the coordination of a Trivia Night open to all students on February 13, 2019 at the MIWSFPA.  Four teams had fun competing for some great prizes.  Teams were tested on their k 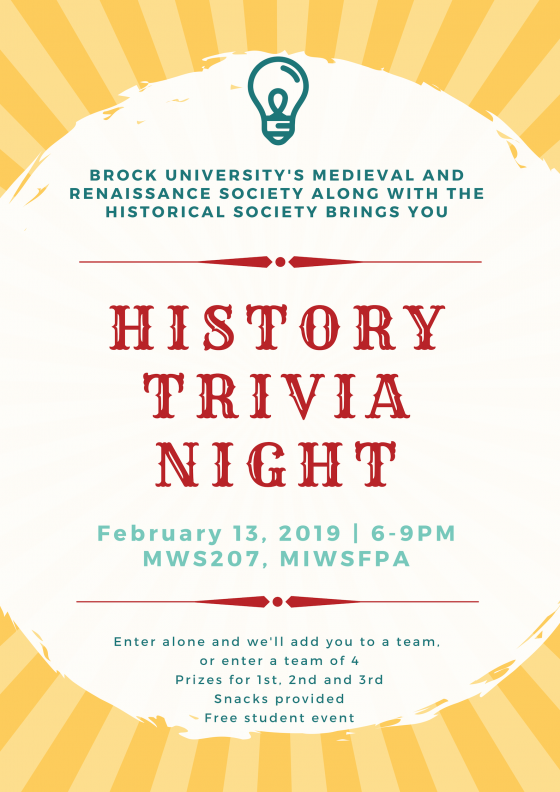 nowledge of history divided into a number of categories including: Classics; Medieval; Early Modern; Modern; and Twentieth Century, with a speed round tie breaker at the end.

Special thanks to Kaitlyn Carter, President of the Brock University Medieval and Renaissance Society, for her hard work on this event.  Brock University’s Department of History and the Historical Society also supported this event.

It’s hoped that the Trivia Night will become an annual event. 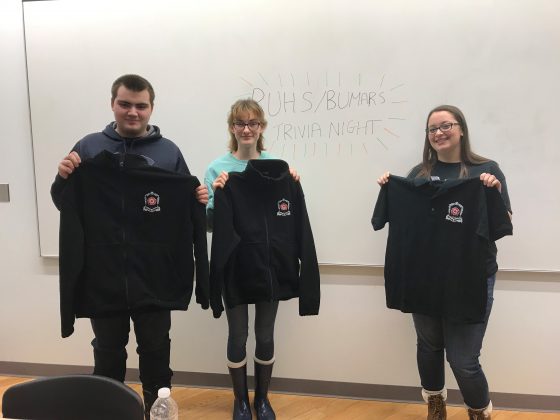