Fred and Joe Tonin display a photo of their cousin, Amilcare Ramella, who left a $350,000 donation for Brock students in his will.

He travelled the world as a chemical engineer with Mobil Oil. He was responsible for several patents regarding the oil refining process. He gave generously to members of his close-knit family in Welland.

Now, Amilcare Ramella has one last achievement – in his last will and testament, he has created two new student scholarships at Brock.

Ramella, who died in June 2010 at age 87, has left $350,000 to Brock University to show his commitment to education. The Amilcare Ramella Graduate Scholarship in Canadian-American Studies will benefit the top student earning an MA in Canadian-American Studies. The Remo and Ida Ramella Memorial Scholarship, named after his parents, will benefit the top undergraduate student from the City of Welland.

The scholarships promote two things important to Ramella – Canada-U.S. relations and the education of young Welland residents. It’s a final show of generosity for a man whose sharp intellect and curiosity made him a lifelong learner, said his cousins Joe Tonin of Welland and Fred Tonin of Crystal Beach.

“He was exceptionally inquisitive, and a top student in school,” Fred said. “He was quite brilliant, but he was so modest that you’d never know it.”

He joined Mobil’s research department in New Jersey in 1948, starting a successful 36-year career that resulted in numerous patents and publications. His work took him around the world, from Australia to the Middle East. His contributions included improved performance of the catalytic reforming process, and co-ordinating studies of possible new refineries.

Despite his success, Ramella lived simply. He enjoyed giving his relatives whirlwind tours of Woodbury, NJ, where he lived until he retired to Welland in 1987. He had a black and white television and did not see the need in getting cable. In retirement, he enjoyed walking around his hometown, tending to his vegetable garden, and caring for numerous cats, all named Chippy. He also used the library’s Internet service to quench his voracious thirst for knowledge.

“He even borrowed Fred’s daughter’s math textbook so he could take it home and read it,” Joe said.

Ramella could hold conversations with anyone, from five-year-olds to the elderly. He believed in the importance of his younger relatives being educated, which is why the Brock donation is so fitting, Fred said.

“He was just an outstanding citizen. He was someone you could aspire to be like.”

Donations such as Ramella’s make a lasting impact on the University, said Marilyn Rose, former Dean of Graduate Studies. The graduate scholarship will support a newly launched joint MA program between Brock and the University at Buffalo that will strengthen understanding of Canada-U.S. relations.

“It’s really an amazing scholarship to support this kind of study,” she said. “It’s a perfect fit between what the donor wanted to accomplish and what the program will offer its students.” 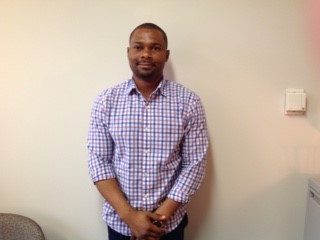