June in Canada holds spaces for two month-long celebrations: Pride Month and National Indigenous History Month. And though it is not June anymore, that does not mean that the recognition of Pride and Indigenous History ends there.

During June, we turned our focus to our Indigenous neighbours as waves of grief hit harder and harder with each residential school mass grave found. In the belief that honest Two-Spirit and LGBTQ+ acceptance can’t be attained until we safeguard the most vulnerable among the wider population, we feel that offering our spaces to learn, educate and share about Indigenous communities was done alongside the spirit of Pride.

Though the ratio of our online attention was vastly in favour of Indigenous history, we don’t want to diminish the importance of holding space for Pride and those who identify with the Two-Spirit and LGBTQ+ community.

Pride celebrations were born in commorancy of the 1969 Stonewall riots, a pinnacle movement towards achieving equal justice and opportunity; the riots marked a beginning of outlawing discriminatory laws and practices against Two-Spirit and LGBTQ+ folks. Though Stonewall happened in New York, its power and rioters were heard globally.

In Canada, our Two-Spirit and LGBTQ+ movement didn’t quite start with Stonewall. Just over a month prior to Stonewall, homosexual acts between consenting adults were decriminalized; this follows the passage of the Criminal Law Amendment Act which was introduced in late 1968. The Act, along with the outrage post-Stonewall, put advocate’s wheels in motion. While the first Gay Liberation Protest and March happened in 1971 and Canada’s first Pride Week took place in 1973 in cities across the country, it wasn’t until the Brunswick four and the mass media attention their trials drew in 1974 that the Two-Spirit and LGBTQ+ movement in Canada began to grow.

Over half a century later and there is still much work to do as a nation to better support Two-Spirit and LGBTQ+ folks.

Pride is about creating visibility in the journey to equality, and we aim to continue this year-round. 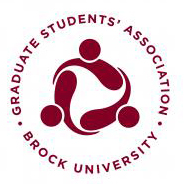 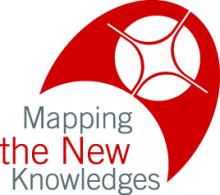