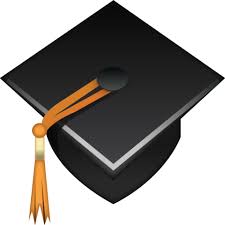 Trivium Industries manufactures biodegradable and compostable cosmetic and pharmaceutical packaging in Welland, Ontario. The corn-based containers look and function essentially the exact same as plastic but decompose within 180 days of being buried. Trivium offers a wide variety of containers shapes, sizes, colours and customs design.

Trivium Industries has been working with Dr.Paul Zelisko, a professor in the Chemistry department to develop a silicon-based coating that will line the inside of the biodegradable containers. The research with Brock University’s Chemistry department, has allowed the containers to be filled with virtually any cosmetic or pharmaceutical product and will be protected by a patentable Green Barrier coating. Dr. Zelisko’s research at Brock includes exploring the use of enzymes as a green method for synthesizing polymeric silicon species. David D’Angelo, the founder and President of Trivium Industries, graduated from Brock University in 2012 with a General Arts Degree with a focus in business. David comes from an entrepreneurial family and while at Brock, David began the early plans for Trivium Industries in an entrepreneurship class, when he wrote a business plan on biodegradable cutlery (forks, knives and spoons) that would be made in Canada rather than Asia. He then won Brock University’s 2012 Nicol Entrepreneurial Business Competition and became a National Finalist.

As David continued through his final year at Brock, he became very passionate about the idea and upon graduating David focused full-time on starting Trivium Industries. Trivium Industries will be using laboratory space and shared office space at BioLinc.

Express Deliveries is a company that was created to make it’s users lives easier. They deliver fast food, restaurant food, alcohol and groceries directly to your door.

Whether you are looking for the boat you have always dreamed of or are looking to sell the one you currently own, North American Yacht Sales can help you out. They have three separate Canadian locations and have helped facilitate the sales of over a hundred thousand boats.
http://naysales.com/