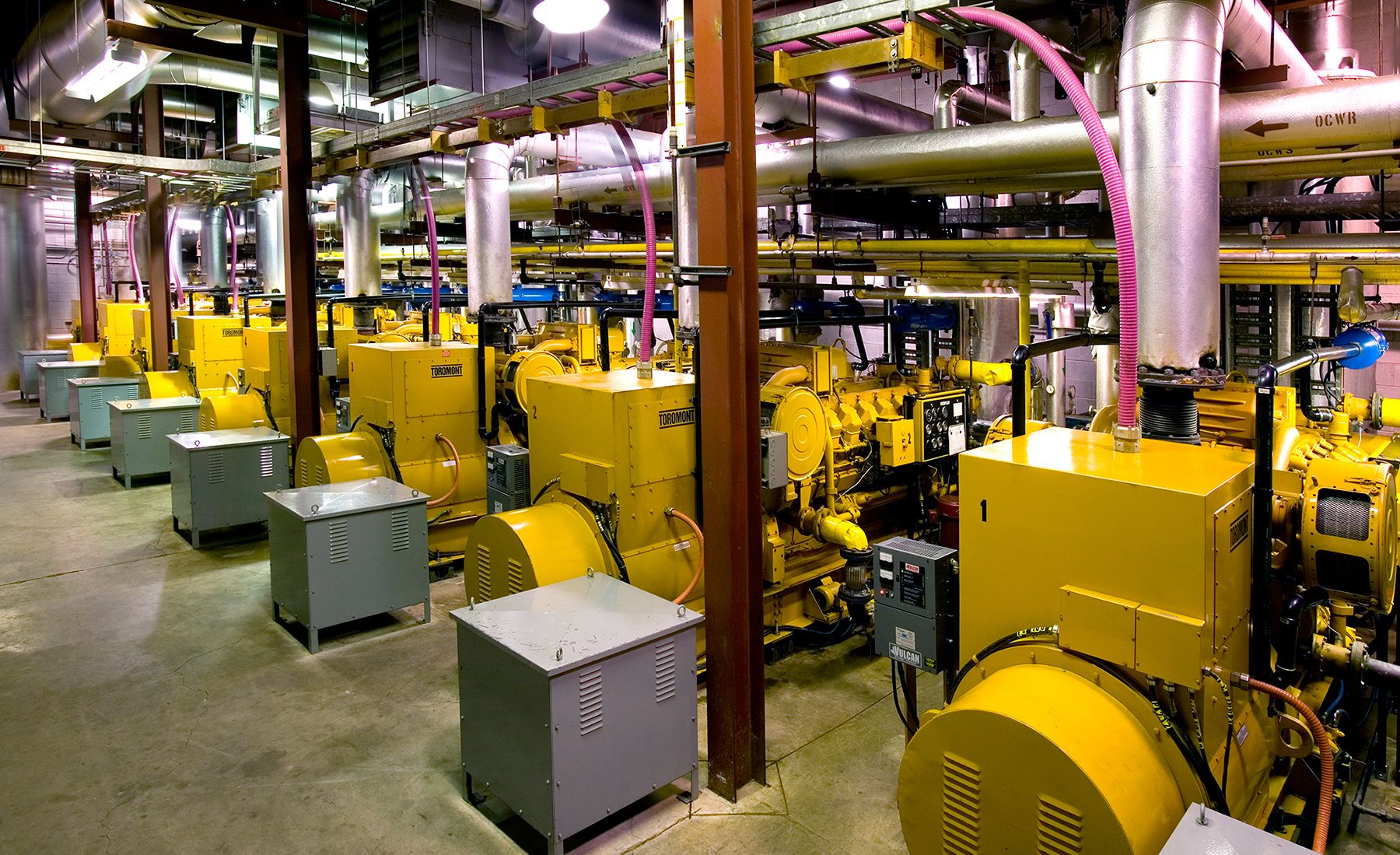 Co-Generation-Natural Gas, Heat and Electricity – The concept behind co-generation is to use natural gas as a fuel source, and convert it to electricity and useful heat. Both heat and electricity must be captured and used efficiently to make the system economically viable.

Brock’s 6.4 MW natural gas-fired generating plant produces power for a large percentage of the university’s needs. Each of these eight 1150 HP internal combustion engines produces 820 Kilowatts of electricity at 4160 volts turning a generator that produces electricity that is for campus power for lighting and equipment operation, building ventilation systems, operation of cafeterias, etc. As the generators produce power, for every 1 Kilowatt of electricity produced approximately 1.3 Kilowatts of heat is also generated for a total of up to 8.3 MW of heat. The recovered heat from the cogeneration engines is used to heat many campus buildings during winter, produce domestic hot water for most of the campus buildings. In the summer time, the recovered heat is converted by a Lithium Bromide Absorption Chiller to produce chilled water which is used for campus air conditioning systems.