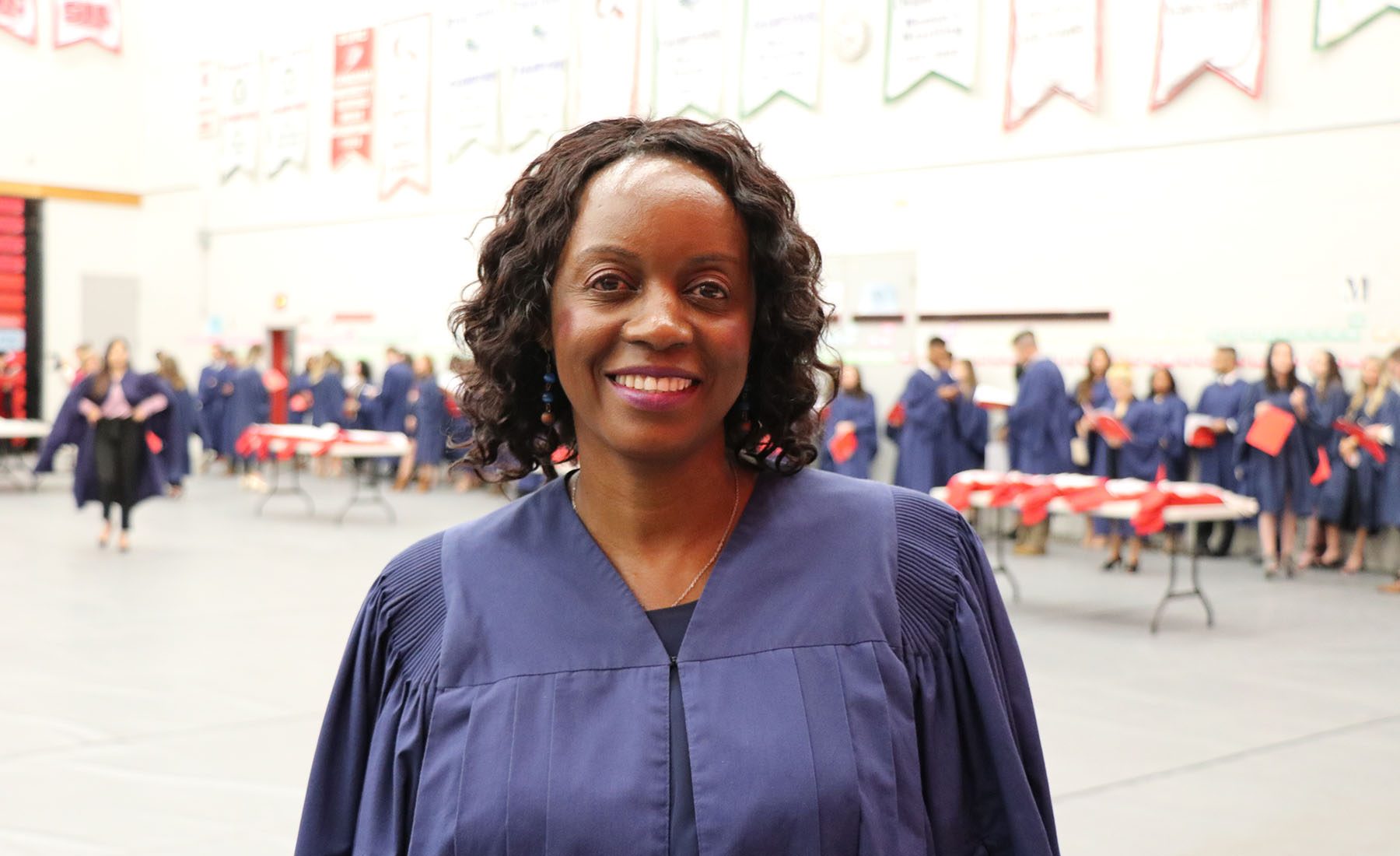 But with racial divides preventing all children from having the same education, she also dreamed of change.

Lungameni received her Master of Education during Brock’s Fall Convocation on Friday, Oct. 12. While she was filled with pride as she crossed the stage to mark her achievement, her focus had already shifted to her next goal: helping to decolonize Namibian education.

Namibia, a former German colony known as South West Africa, was governed by South Africa from 1920 until it gained independence in 1990. During that period, Apartheid policies were implemented.When she returns to the African nation, she plans to build a school in Ohangwena to give children access to the education they so rightfully deserve.

Bantu education policies strictly controlled and segregated the education of black children in Namibia. These children received very few resources compared to their white peers and received a lower-quality education aimed at equipping them with basic skills deemed necessary for the workforce.

Like many Namibian students growing up under Bantu education, Lungameni struggled to finish school.

She failed the national Grade 10 and Grade 12 exams — which determine whether a student will continue with and graduate high school — on her first attempts.

Lungameni describes her early education as very limited, in part because of the lack of training for teachers of black children.

“My mother became a teacher after completing Grade 8,” she said. Under Bantu education, compulsory education levels for children were determined by race.

When Lungameni was finishing high school, a student who passed Grade 10 could become a teacher without training. After passing the exams she once struggled with, Lungameni became a teacher in Ohangwena in an effort to help others.

She taught in Namibia for more than 10 years, working part-time to complete a Basic Education Teacher Diploma.

“The legacy of Bantu education is still in Namibia today,” Lungameni said.

Lungameni continued her education when she came to Canada in 2005, completing the studies necessary to become certified with the Ontario College of Teachers, and to achieve an Early Childhood Education diploma.

Throughout her education, Lungameni has had the dream of creating change back home.

While completing the MEd program at Brock, she worked towards opening an Ohangwena school that could serve as a model for decolonizing education in Namibia.

Through her MEd coursework and research, as well as the advice and mentorship of her professors, she has been shaping her vision for the school.

Her plans include a K-12 trade school model that will foster innovation, STEM (science, technology, engineering and math) and entrepreneurship skills while also helping students pass the Grade 10 and 12 exams. She aims to start with kindergarten students and build in additional grades over time.

Lungameni hopes to give children options for their futures, whether that’s pursuing a trade, entrepreneurship or university.

“Kids are talented in different ways, but if you give them opportunity they can thrive,” she said.

She also hopes to provide trade training for local youth who did not complete high school and face challenges in the workforce given a national unemployment rate that sat near 34 per cent in 2016.

Through an Innovative Learning Centre within the school, Lungameni plans to help train local teachers and provide them with professional development and resources. Rural areas like Ohangwena don’t attract as many qualified teachers as urban areas, she said.

Lungameni believes that part of the problem with Namibian education is a focus on rote learning — memorization based on repetition — rather than active or learner-centred approaches.

“Teachers teach the way they were taught,” she said. “Teachers who were taught in Bantu education are still in the system. They are still teaching teachers to become teachers.”

Namibia is working to overcome these challenges. Currently, the University of Namibia provides in-service and pre-service teacher education, including diplomas and several degrees, for all of Namibia’s teachers.

Lungameni’s plans for the Innovative Learning Centre were inspired by Brock’s Centre for Pedagogical Innovation, where she completed an internship.

Lungameni is taking steps to make her school a reality. She is currently working to secure a location for the school and hopes to finalize those arrangements next year. She is also connecting with local stakeholders to set up community partners.

While she continues to take steps towards bringing her school to life, Lungameni is soaking up as much experience and knowledge as she can.

For the past four years, she has worked with the Toronto District School Board’s kindergarten programs. Prior to that, she was an early childhood educator in Toronto’s early years sector for six years. Lungameni continues to be a part of the Brock community as a teaching assistant.

“To help students become the people they want to be — that’s what drives me,” she said.