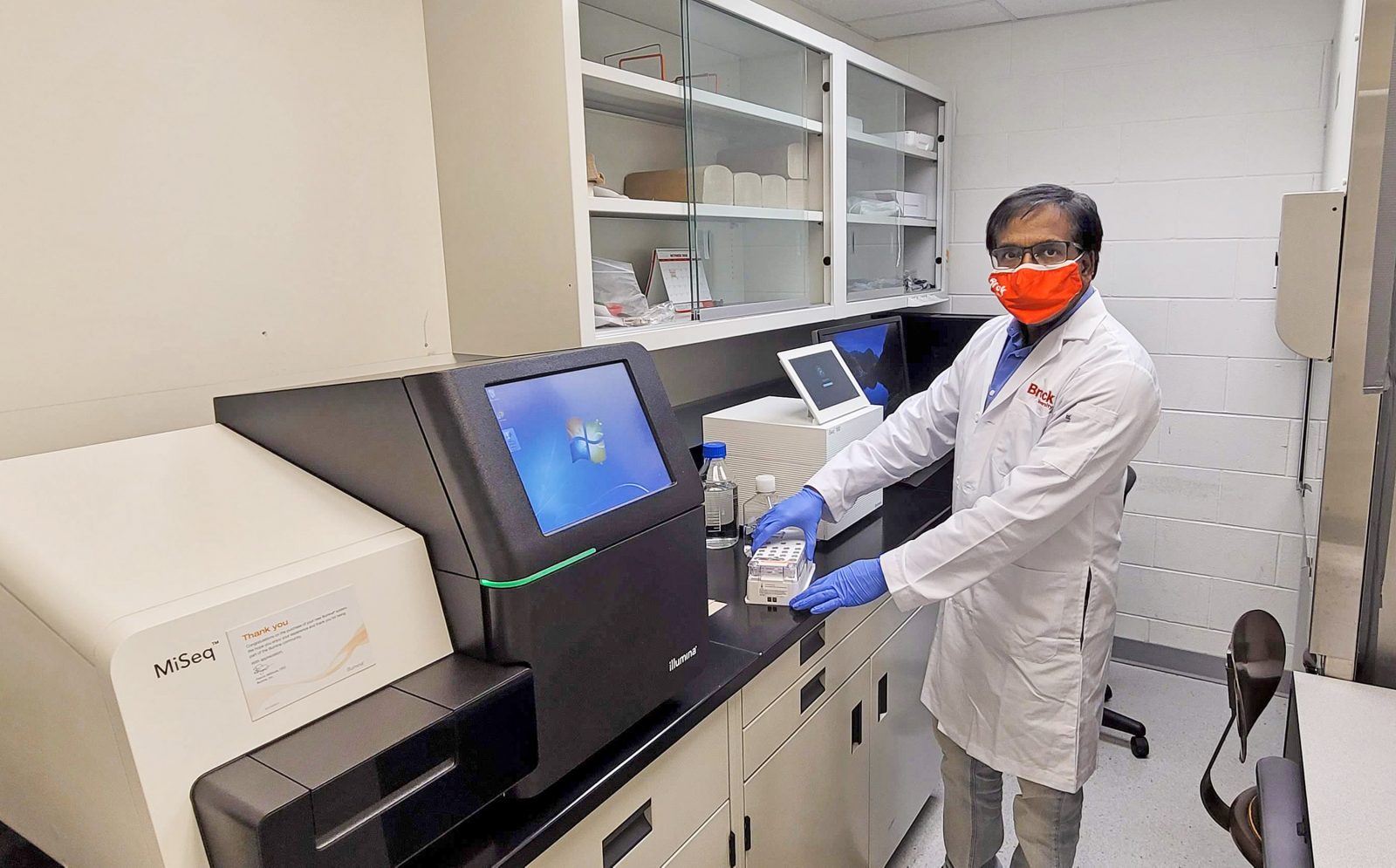 CLEANSED uses High-Throughput Sequencing technology with improved sensitivity to simultaneously detect multiple viruses in a grapevine. This genomic-based solution would replace more than 30 tests currently being performed on grapevines to look for diseases. This one genomic test can speed up the release of virus-free grapevine material from three years to one year or less, providing rapid access to valuable new varieties. CGCN-RCCV will use this for testing and monitoring domestically propagated vines, ensuring grape growers have faster and more affordable access to clean vines.

“This funding will allow grape growers to rapidly improve the health of their vineyards and boost the domestic capacity in the supply of much needed virus-free grapevine plant material in Canada,” says CCOVI Senior Scientist Sudarsana Poojari, who is leading the academic team of scientists.

The end users of the research are CFIA and CGCN-RCCV, which will implement CLEANSED to ensure Canadian grapevines start clean and stay clean. CFIA ensures grapevine imports, exports and new domestic grapevine varieties for commercialization in Canada are free of regulated viruses and all non-regulated viruses of economic concern, while CGCN will approve and commercialize CLEANSED for testing grapevines in a national domestic clean plant program.

“The CFIA is pleased to co-lead this project that will implement genomic technologies in support of a leading-edge national ‘clean plant’ program and diagnostics at the Sidney Centre for Plant Health,” says Jaspinder Komal, Vice-President, Science Branch, CFIA. “The solid science of the project will help our grape growers to quickly access healthy plants of diverse new varieties, resulting in increased production. Such approaches will be able to facilitate adaptation of Canadian and world agriculture to climate change.”

The research is a collaborative effort between academia, government and industry to tackle grapevine virus disease management, which has been identified as the top priority for long-term sustainability of the $9-billion Canadian grape and wine industry.

High cost and convoluted testing methods, however, have been hindering the ability of growers to obtain those vines, says CGCN Vice-Chair and grape grower Bill Schenck.

“As growers across the country continue to deal with viruses that effect crop quality and vine health, the timing could not be more perfect than now for this project,” he says. “The industry needs to have a Canadian source of clean vines that have been tested for viruses, and a program that can show the vines are true to type.”

He says this work will standardize and validate high throughput sequence screening protocols, allowing it to be implemented into a clean grapevine program driven by the industry it benefits.

Mike Rott, Receptor Project Leader and CFIA Scientist, says reducing the time and cost of testing, while at the same time improving sensitivity and accuracy through CLEANSED, is “critical in a highly competitive international market.”

CCOVI Director Debbie Inglis says this announcement is the culmination of three years of collaborative work to tackle this priority issue, including previously developed Memorandums of Understanding between CCOVI and AAFC, CFIA and CGCN to support a clean plant program for grapevines in Canada.

“We’re always looking for rapid, sensitive cost-efficient ways to prove that plant material is devoid from disease, and the application of this research is a milestone for Canada,” she says. “Grapevine is leading the way for the first official clean plant program in the country, where we can be assured that the plants we’re propagating and putting into the ground are free from disease.”

“This significant grant from Genome Canada shows the confidence stakeholders place in CCOVI’s leadership, research and innovation, one example being the leading-edge CLEANSED virus detection tool.”