Brock University Caucus of Women News All gender or women only residence?
Share

All gender or women only residence?

While Ryerson University is innovating with new all-gender housing, the University of Waterloo is going in another direction with its women only residence. Ryerson’s initiative is being applauded by many who militate for gender inclusivity and Waterloo is being criticized by some. But both universities are going at this with the same goal: Ryerson is aiming to offer a welcoming a safe space to their non-binary students and Waterloo is aiming to offer a welcoming and safe space to their engineering female students. For both, it is about offering an environment in which students can thrive.

However, the University of Waterloo’s new program to help support incoming female students in engineering does not draw unanimous support as some fear it may reinforce the isolation and ostracization some female students may face in male-dominated classrooms and projects. But the support students can gain through the program to face such behaviour along with covert and overt sexism seems invaluable. The gender gap has traditionally been really bad in STEM. The proposed program is intended to offer a support network for females entering those male dominated fields. It will be interesting to see how these students fare compared to others who do not have access to such programs. Likewise, the Ryerson initiative will be interesting to monitor to see if its intended effect unfolds. 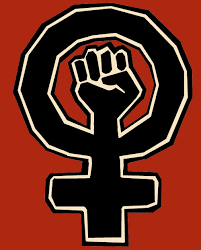