GAME and IASC students mix up some fun at playtest 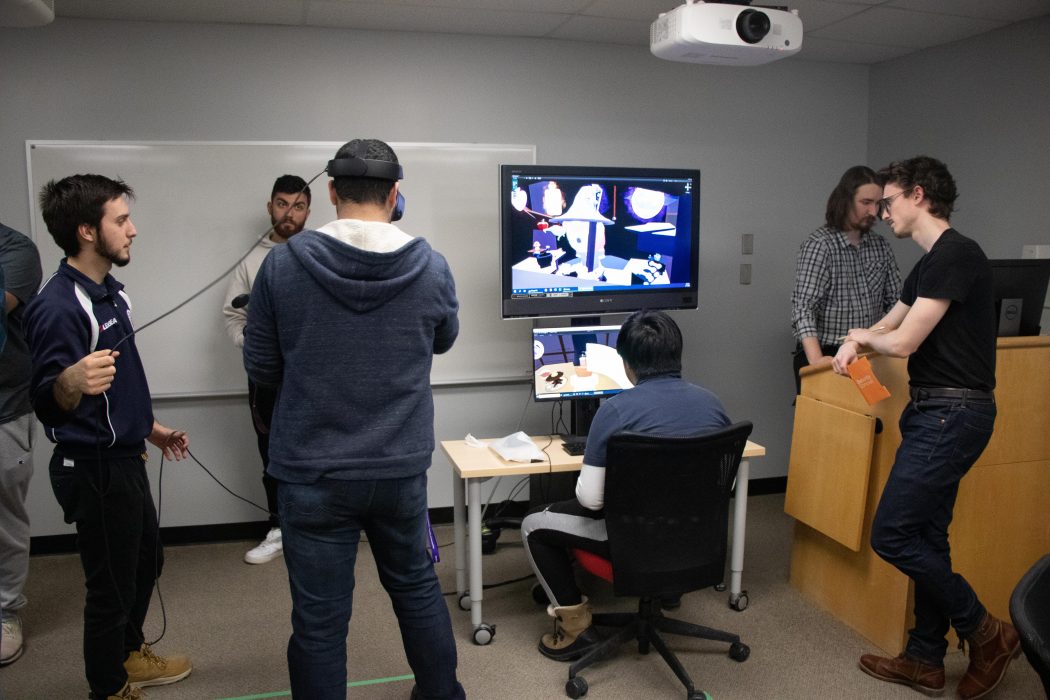 Fourth-year GAME students tested out their capstone game, Potion Pals, with their classmates during a closed playtest on Tuesday, Feb. 11. The game features asymmetrical gameplay, with one player immersed in virtual reality mixing potions and one player on a computer. Eleven teams showcased their work to fellow GAME and Interactive Arts and Science (IASC) students to identify improvements and to visualize how their game interacts with the player. The Brock community is invited to a public playtest on Friday, March 13, before the teams head to Toronto for the Level Up Student Showcase in April.