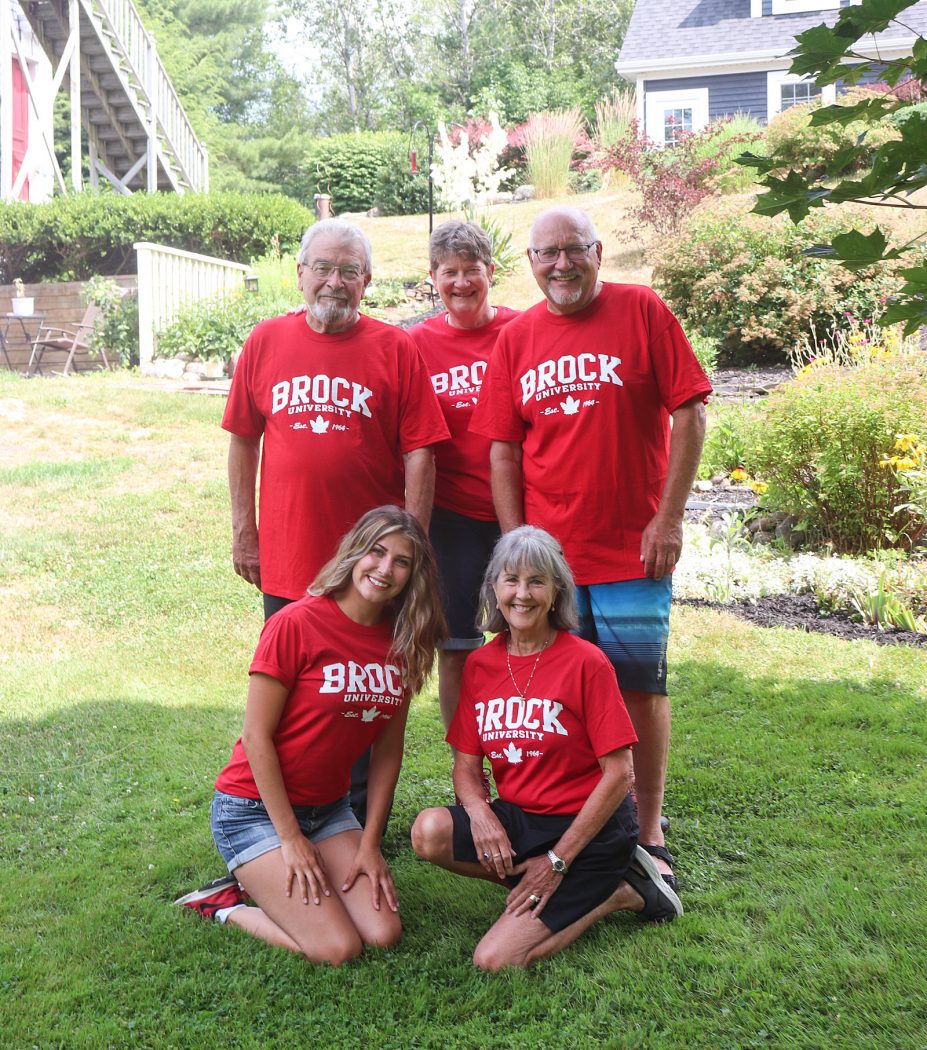 Late last month, the Lathrop family reunited along the banks of the LaHave River in Upper LaHave, N.S., bringing together three generations of Brock alumni. The group included, clockwise from back left, John, Anna, Ned and Diane Lathrop and Naomi Dinniwell. John (BA ’67), a member of the University’s first-ever graduating class, majored in History during his time at Brock and taught high school for 28 years at Centre Wellington District High School in Fergus, Ont., which is now part of the Upper Grand School Board. Anna (BPhEd ’78), who majored in Physical Education, is a professor in Brock’s Department of Kinesiology and currently serves as the University’s Vice-Provost, Teaching, Learning and Student Success. Ned (BA ’71) majored in Geography and went on to work in various Ottawa-area municipalities for 35 years as a planner and senior administrator. He ended his career in 2006 as the City of Ottawa’s Deputy City Manager of Planning and Growth Management. Diane (née Bolduc) (BA ’70) graduated with a double major in French and Psychology and taught French as a second language in Ottawa for 13 years. She and Ned met at Brock and were married in 1972. John's granddaughter Naomi (BEd ’18, BA ’18) graduated from Brock's Intermediate/Senior Concurrent Education program with a major in Dramatic Arts and a minor in French. She is currently employed with the Upper Grand District School Board, where her grandfather once worked. John, Ned and Anna are children of D. Whiting Lathrop, a former member of the Brock Board of Trustees (1964-75) and former Board Chair (1969-71). During his time with the board, Brock University engaged in one of the most aggressive capital building periods in its history. From 1966 to 1973, projects at the main campus included the completion of Thistle Complex, Robert S.K. Welch Hall, DeCew Residence, the University Club, MacKenzie Chown Complex and Phase 1 of the Physical Education Centre. (Photo courtesy of Lori Gallant)