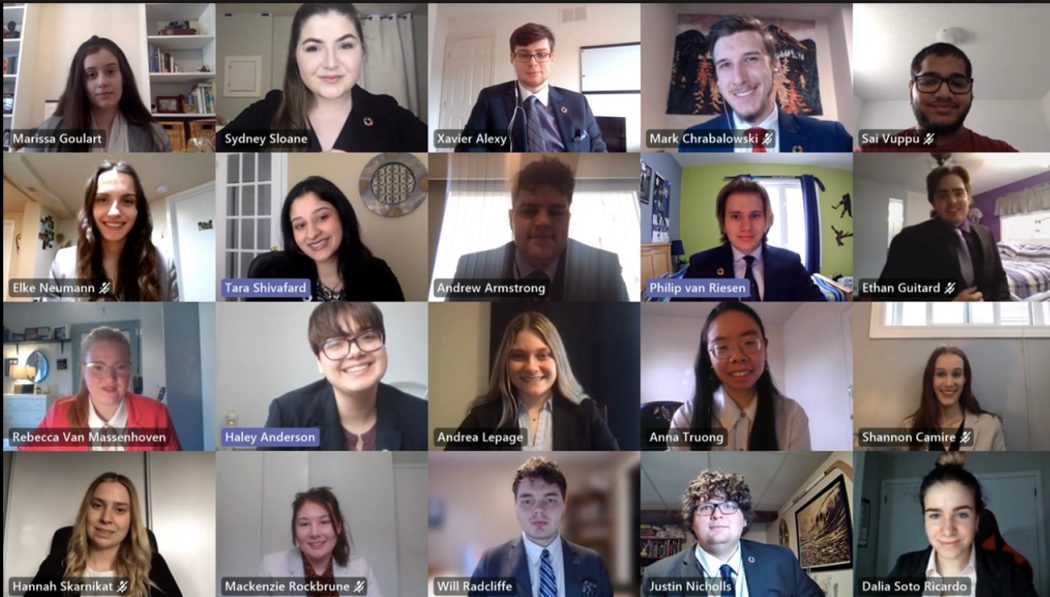 Brock University’s Model United Nations team virtually joined thousands of university students from around the world March 28 to 31 at the annual National Model United Nations New York conference. As part of the competition, each delegation was assigned a different country to represent on a variety of global issues, such as empowering conflict-affected youth, peaceful uses of nuclear energy, the ongoing COVID-19 pandemic and the Libyan Crisis. Brock’s 20 delegates represented China as they negotiated and built consensus with other states to produce draft resolutions. Despite the Brock team being smaller and less experienced this year, several of its delegates received Outstanding Delegate nominations and the team finished in the Top 10 per cent to receive the Distinguished Delegation Award — an accomplishment the group also achieved in 2018 and 2019. The conference did not take place in 2020 due to the pandemic.